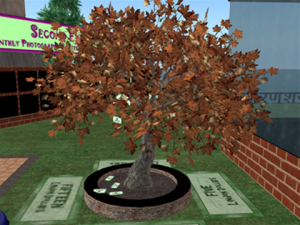 Linden Lab, the company behind virtual world and online game Second Life, will from now on ask its users to identify themselves in order to comply with tightened United States regulations, set up to combat fraud, laundering and terrorism financing.

The company said that “as part of our risk management process, we must obtain, verify and record information about our customers for whom we offer financial related services.”

Second Life has been active since 2003 and still has just under a million users, and its own virtual currency, Linden Dollars that can be credited against US dollar accounts.

These can be used to trade virtual goods in the Second Life marketplace, and one A$ currently buys just under 202 L$.

Linden Labs had over the past years tried to get avoid getting the L$ classified as a virtual currency, stating in its monetary policy that they constitute “a limited license permission to use features of Second Life”.

The US Financial Crimes Enforcement Network (FinCEN) government agency disagreed however and in 2013 said the Linden dollars is a virtual currency.

This includes full name and address, date of birth, and US social security number and photo identification.

Proof of address and name will be required, and Tilia will only be open to those over the age of 18.

Tightened anti-money laundering regulations around the world have caught out finance providers struggling to remain compliant with the new rules.

The auditor will probe Afterpay after AUSTRAC raised reasonable concerns that the finance company has contravened provisions of Australia’s Anti-Money Laundering and Counter-Terrorism Financing Act of 2006.

Prior to the audit of Afterpay, AUSTRAC’s compliance dragnet had caught systemic breaches at major banks.

Virtual Money Laundering: How it works 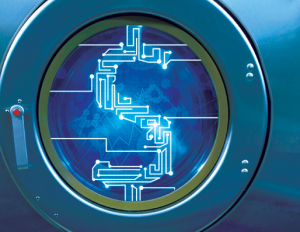 Note: Second Life.com being the largest and most popular virtual world was used as the template for review.

Users, called “Residents,” move about and intermingle with other residents via a cartoon/human-like character called an “Avatar.” Currently there are approximately 9 million residents in Second Life. The area that your Avatar moves (or flies to or transports to) is called the Metaverse (3D virtual reality world). Your Avatar could find himself at an island beach resort, shopping mall, nightclub, or casino just to name a few. The possibilities are limitless. The residents are able to move about, interact with and/or chat privately with other residents, participate in activities and trade or buy virtual items and/or services from other residents. Additionally, virtual real estate may be purchased, sold and rented and virtual casinos are plentiful.

To purchase goods in the Metaverse, Second Life has created its own currency called Linden dollars (Linden is the name of the game developer) which can be exchanged for US dollars. Currently, on Second Life the exchange rate is approximately 270 virtual dollars for $1.00 US. This is the root of a very complex issue. Once a value is placed on an object (no matter what that object is, real or virtual) criminals will find a way to abuse it either by fraud and/or money laundering. Of course, in the money laundering world, anything of value can be laundered. A player/resident may use his actual credit or debit card to purchase online money and then redeem those credits for actual money with another player in another country and in that country’s unit of currency. Additionally, another question that will ultimately arise will be the issue of taxation or the lack thereof.

To create an account is just a matter of providing a name and email address. There is no verification of this information. To make the purchase of the Linden dollars a credit card may be used or a PayPal account. This is where there may be some form of investigative tracking, however, if fictitious information was used to establish those accounts a dead end will quickly be encountered.

A launderer opens up numerous separate virtual accounts, all using fictitious id. The accounts are all funded with the proceeds of an organized crime sports betting operation. The launderer can make purchases in the virtual world to and from himself by using those accounts as if he were purchasing assets from other residents. Subsequently, he may direct all his proceeds to an account that he maintains. He can then withdraw those funds either from the bank or using an ATM. It would be nearly impossible to trace the source of those funds.

Some good news is that as of August 2007, Second Life has required identification verification for residents to access the “restricted” regions within Second Life. This is aimed at protecting children from adult areas of the site and from pedophiles. Further regulations will have to be adopted to protect financial integrity. If money is being exchanged then this may need to be classified as a financial institution. Hence, various rules and regulations would come into play.

Other Uses of Virtual Worlds

Many large corporations are currently researching the concept of virtual seminars and conferences. The idea being this is the next step in the communications chain; teleconferences, web conferences and perhaps virtual conferences. Major universities have also begun using the concept of virtual classrooms for their on-line study programs. Numerous large companies, including Nike, IBM, Dell, Reebok, Sears, Coldwell Banker, Calvin Klein and Mercedes have created a presence for their products in Second Life with a vision towards capturing the attention of customers in the real world.

An actual upcoming virtual conference will be presented by The World Bank and the IFC. They will embark on a trip inside the online virtual world at Second Life as they launch their “Doing Business 2008” report to the millions strong digital community. During this three-hour event, a spokesperson for the Doing Business report will appear in Second Life’s virtual world to present the report and take questions from participants. 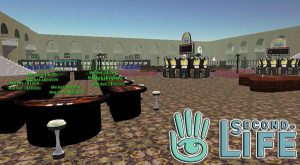 Gambling on Second Life was one of the more popular areas of the metaverse. One could easily find a game of blackjack, poker, roulette or slot machines. Of course, gambling was done with Linden dollars, however, just like other forms of virtual commerce there was a link back to a form of legitimate currency. Suffice to say that any form of gambling is attractive to the money launderer.

Several issues arose concerning Second Life and gambling. First, as of October 2006 all forms of online gambling became illegal in the U.S. Some of the residents of Second Life who lived outside of the US claimed that they were not violating any US laws. Nevertheless Second Life’s servers are located in California and it is a US corporation thereby making it illegal.

Another issue that arose was the question as to whether or not virtual gambling is the same as real gambling as you are not using real currency to place your bets. In effect you are simulating gambling.

A third issue was that of the actual accuracy of the gambling devices. There are no regulators nor any gambling commissions as there are in the real world to oversee the gambling activities. Hence there is absolutely no form of quality control whatsoever.

As of August of 2007, Second Life has decided to ban any and all forms of gambling on their website.

As individuals sign on to Second Life to do just that, create a second fantasy life, small entrepreneurs and major corporations are brainstorming methods to use this technology to increase revenues and profit. However, as with any venture into profiteering comes risk and uncertainty. While Second Life and other virtual MMOG’s have built a virtual global village complete with entertainment, business commerce and education, they have neglected to incorporate a virtual global police department. Ironically, for the possible reasons that these games were developed, to depart from reality for a short period of time, the lack of structure will be the cause as to why more rules, regulations and laws will eventually become necessary. Even in the virtual world escaping reality becomes problematic.