Here is a copy of the post on Firestorm’s blog regarding helping them convince Linden Lab that blocking the “Restore to Last Position” functionality is not a good idea, and that does more good than harm.

“In a recent meeting, LL mentioned that they are considering blocking the “Restore to Last Position” functionality at the server level. This is because it results in permanent content loss if it fails when using it on no copy items. Since version 4.6.7 Firestorm prevents the feature from being used on no copy items as a simple measure to prevent loss, but the underlying issue here is that LL doesn’t understand the feature’s value to residents who use or rely on it.

“Kicking, screaming and calling foul will not save this feature, nor will criticizing LL or anyone else for not understanding the feature. In fact actions like that will speed up its demise. What WILL save it however is a well structured set of use cases that demonstrate clearly and concisely how useful and valuable this feature is to you.

“If you use this feature and would like to see it stick around please leave a comment on this post detailing how you use it and why it is valuable to you. In a week’s time we will extract the best use cases and formulate an email to LL that will demonstrate both the feature’s value and its usefulness.

“Please be civil in your comments and with each other!”

You can go the blog post and leave your comments with your good experience with “Restore to Last Position” and they will select the best cases to take to LL to try and save that feature. Click on the link here: Restore To Last Position Needs You!

Here’s Firestorm’s Tool Tip Tuesday video. We all know how frustrating it is when a new version of Firestorm comes out, because as exciting as the new features are, we all dread doing the dreaded “clean reinstall.” Even if you follow the rather intimidating instructions on the Firestorm Wiki, we all worry about losing chat logs, preference settings, etc. It is probably my least favorite thing to do.

In this video, Jessica Lyon breaks down a clean install into simple, easy to follow steps. Enjoy!

Here is the link to the Firestorm Website: Firestorm Viewer
I remain respectfully yours,
~ Suzanne Piers, ZI Social Media

Did you know you can sort, list, categorize, organize and colorize your friend list, and even non-friend lists? This is especially helpful for business and region owners, group moderators, people with big friend lists, or just folks with lots of friends! The folks at Firestorm posted this video for their Tool Tip Tuesday this week. The video covers the basics but if you would like to learn more, Firestorm offers a contact sets class! Click on this link for more information on their in-world classes: Firestorm Viewer Classes 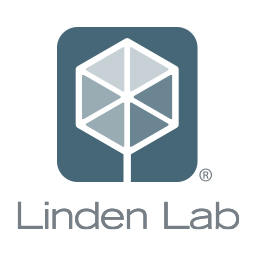 Linden Lab announced today in their latest blog post that they are on the cusp of launching improvements to Second Life, and detailed some of the new things you’ll soon be able to enjoy. These changes include improving the way your avatar interacts with surfaces inworld, giving you more tools for managing your preferences for notifications and graphics settings, as well as improvements to make life easier for mesh creators and merchants. They offer links to download Project Viewers that will let you get an early look at some of these improvements.

Hover Height
As we all have experienced, sometimes our avatar doesn’t interact quite right in a virtual environment. Sometimes your body parts stick through furniture, your feet hover over or sink into the ground. Fixing this can be computationally very expensive, so Linden Lab has been working hard to find a workable solution, and the result is the Project HoverHeight Viewer. (Anything in orange is a clickable link). Between the introduction of this viewer plus some server changes, this new viewer will improve things in two ways: the order in which adjustments are made to your vertical position has been made more stable, and even if it’s not perfect, it will at least be predictable. Linden Lab also introduces a new final adjustment that is directly under your control: a new avatar right-click selection allows you to tweak your vertical position. Linden Lab states “This final adjustment is shared with everyone around you so that they too will see you correctly, and is saved locally by your viewer so that it persists between sessions. This new feature was inspired by a proposal from the Firestorm viewer team, and they’ve been helping with testing it.”

Notifications
One of the ongoing complaints and suggestions received through the JIRA by residents to Linden Lab was the need to have better ways to control and organize the many notices they receive: inventory offers, group notices, event invites, and money transactions all result in the same kind of pop-ups and notice chiclets and are all listed together. The blog states: “An upcoming Viewer release will add a new floater that provides separate displays for different notice types, and the ability to sort them. You can prioritize and organize what’s important to you.”

Mesh Import
Important to content creators, Linden Lab is upgrading the support for mesh import. An upcoming Viewer update will allow uploading models that have more than eight unique faces, and improved association of physics representations and LODs by name.

Viewer Managed Marketplace
Merchants will be delighted to hear that you’ll be able to manage the inventory in your Second Life Marketplace store directly from the viewer. Items no longer need to be loaded into the Merchant Outbox or a Magic Box; instead you’ll designate items to be sold directly from your personal inventory.

Graphics Settings
Linden Lab is introducing an open source contribution that allows you to save named sets of graphics settings, with a drop-down menu that allows you to quickly change between them. For instance, when you attend a performance in your favorite club, you can save settings optimized for rich display of your companions and environment, and you can save a set for exploring that trades off longer draw distances and better lighting effects for simpler rendering of details – whatever you think is important.

You can click on the following link for the blog post in its entirety: Check Out The Latest Improvements to Second Life.

Hopefully all of these changes and improvements will make for a better Second Life experience. It shows that Linden Lab is still invested in the technology for Second Life. And it is encouraging to know that the folks at Firestorm are continuing to work hand in hand with Linden Lab, which should result in the same improvements to the Firestorm Viewer, as well.

For Tool Tip Tuesday, the folks at Firestorm have created this video on how to best use the Auto Replace feature in the preferences for the viewer. This is a great tip, and I had absolutely no idea that the viewer could do this. This tip is especially useful for club or venue owners or hosts, or anyone who has to type the same information over and over. And the cool thing is, once you customize your auto replace, you can download it to an Excel spreadsheet and share it with others, and they can import it into their viewer! There is a lot of great information on the Firestorm website. You can find it by clicking here: Firestorm Viewer

One thing that SLers often disagree about, is which viewer to use — the SL official viewer, Firestorm, Singularity — the list goes on. Each person has their favorite, and each person’s system handles one viewer better than another.

For me personally, I was madly in love with Singularity. It did everything I wanted it to, it was user friendly, it had the best features of Firestorm and SL viewer meshed into one… I was a happy girl. However, for some reason the last time I upgraded the viewer, I’ve been having rendering problems, and sadly I’ve had to start trying out other viewers. I saw that Firestorm finally had a 64-bit viewer, so I downloaded it, albeit a bit apprehensively, since both the SL viewer and Firestorm used to make me crash like crazy.  I was hoping the 64-bit version, coupled with the graphics card upgrade I made recently, would prevent the crashies like I used to have.

I’ve been using Firestorm for about a week now, and I really like it. I still miss some of the simpler features of Singularity, but the rendering problem was just too much for me to deal with. It was impossible to view SL properly.

One of the nicest things about Firestorm, is that it is the leading third party viewer, and it has amazing in-world support, including free classes that Firestorm staffers teach in-world. Recently, they taped a two-hour session where they discussed some of the issues that Firestorm users have brought up, starting with a discussion about the problems many users have been having with Norton Anti-virus and other anti-virus software. It sometimes interfering with the ability to use Firestorm properly, because the software identifies the Firestorm coding as a trojan horse and often quarantines it before it can be stopped, and the user cannot get it out.

After doing a “flame and shame” post on Twitter, they got an immediate tweet back from Norton apologizing for the problem, and within the hour, a representative from Norton had created an SL account and logged his avatar in world, found the Firestorm sim and came over to help facilitate the problem! This was someone who had never been in SL before in his life, and they felt the problem was serious enough to create an avatar to come help. Firestorm staffers were very impressed.

The video is quite long, but you can listen to it in the background while you do other things but it addresses many of the common issues, besides the anti-virus problem. It is very interesting to get an insider’s view of the viewer creation and update process, and the burnout many support people experience after a new release is issued and the vitriol that comes at them from users who have problems with the updates. It also has many good tips on how to deal with viewer problems, especially ones that seem to crop up overnight and for which they get blamed.

Have a listen; even if you’re not a Firestorm user, it has some very good insights into the workings of the viewers and their interactions with SL.

As always I remain respectfully yours,