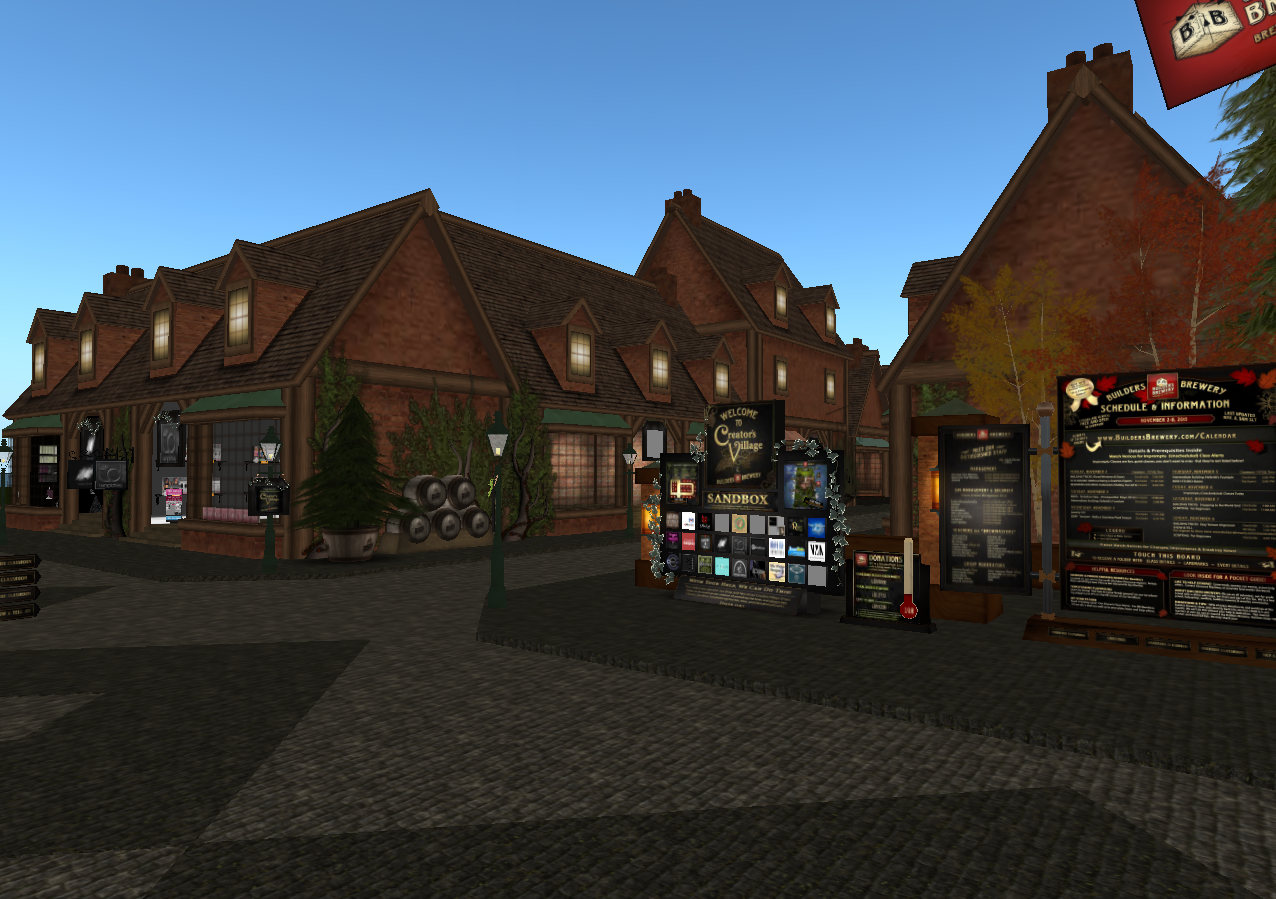 Second Life is an amazing place to be able to take advantage of educational opportunities. While I do feel that there is a lot of growth needed to realize its full potential, the Builders Brewery certainly sets a shining example of how Second Life is a perfect platform for learning. Established (officially) in 2008, it’s the leading source of learning all aspects of building inside (and sometimes outside) of Second Life. With several classes available at an assortment of times daily, there’s ample opportunity for people to learn skills from building to mesh creating in 3D modeling programs- which opens the door to being able to pursue a hobby or start a business- even put your modeling skills to the test in a real world scenario.

I had the honor of catching up with the owner, Sensuous Maximus, who generously lent me a lot of perspective on the history of the Brewery. Passionate and full of personality, she explained her love of the Brewery quite candidly. She had joined Second Life several years ago almost on a whim in an attempt to find a great way to spend time with her real life partner. She knew nothing about what Second Life was about, but has been drawn to it ever since. Eventually, this whetted her appetite to learn about building within Second Life.

She had belonged to a building group, eventually, that was the “cream of the crop” of Second Life builders. There was an intensive qualification process to be able to join this group and it was very “closed”. She explained that there was an incredible amount of talent, and people were able to “show off” their creations in a show-and-tell format once a week. However, they were unable to sell their items because they weren’t able to open stores of their own- so they were one-of-a-kind. During this time, Sensuous and her partner decided to start creating textures and opened a store of their own. As graphic artists, that was their forte. In the meantime, they also learned how to build, which eventually led them to learning how to create “clean” megaprims while there was a bit of a “loophole” opportunity to do so.

They wanted to make the show-and-tell into something where the winners could be “shown off”, which would allow them to get additional exposure. The owners of the sim rejected the idea, because they wanted to keep the sim accessible only to the elite talent they had gathered. So, Sensuous and her partner decided to open a separate shop on another sim.

The shop was small, but also served as a meeting place for other builders to teach and to learn without limitations. What Sensuous realized was that builders tended to lead more isolated lives because it often took sitting in a space away from everything to create, and they didn’t often have like-minded people to converse with while they did so. At what ended up being dubbed the Builders Brewery (“Brewery” stemming from the idea that it’s meant to be a laid back and approachable space), they were able to interact with like-minded builders, exchange knowledge and learn new things.

The megaprims that Sensuous learned how to create were also offered for free at Builders Brewery, which made the establishment incredibly popular with the building community. With that popularity came a rapid growth, which eventually caused it to grow to two full sims. As Builders Brewery is a not-for-profit, Sensuous was using her own earnings from building to fund the entire project, as she wanted to keep Builders Brewery as accessible as possible. All classes and earnings were tip and donation based. Even joining the group wasn’t required, although the group in itself is an amazing resource for those who have those oddball questions that can be answered by the community. It led to a very relaxed give-and-take environment.

Sensuous went on to note that Zoha of ZoHa Islands was incredibly supportive of Builders Brewery and expressed her gratitude many times over. With an incredible amount of respect in her voice, she explained that Zoha had been such a monumental asset during the growth of Builders Brewery, often offering sims to help with buildouts such as the amazing former Frank Lloyd Wright museum and even offering full sims to enable the Builders Brewery to hold terraforming classes for students. Sensuous warmly stated that this was “major” and “very sweet of him”. Even when there was an appreciation party thrown for Sensuous, it was held on a Zoha sim that was shaped as a heart. She said she couldn’t say enough how grateful she was for the support that he lent, as it meant everything to her. 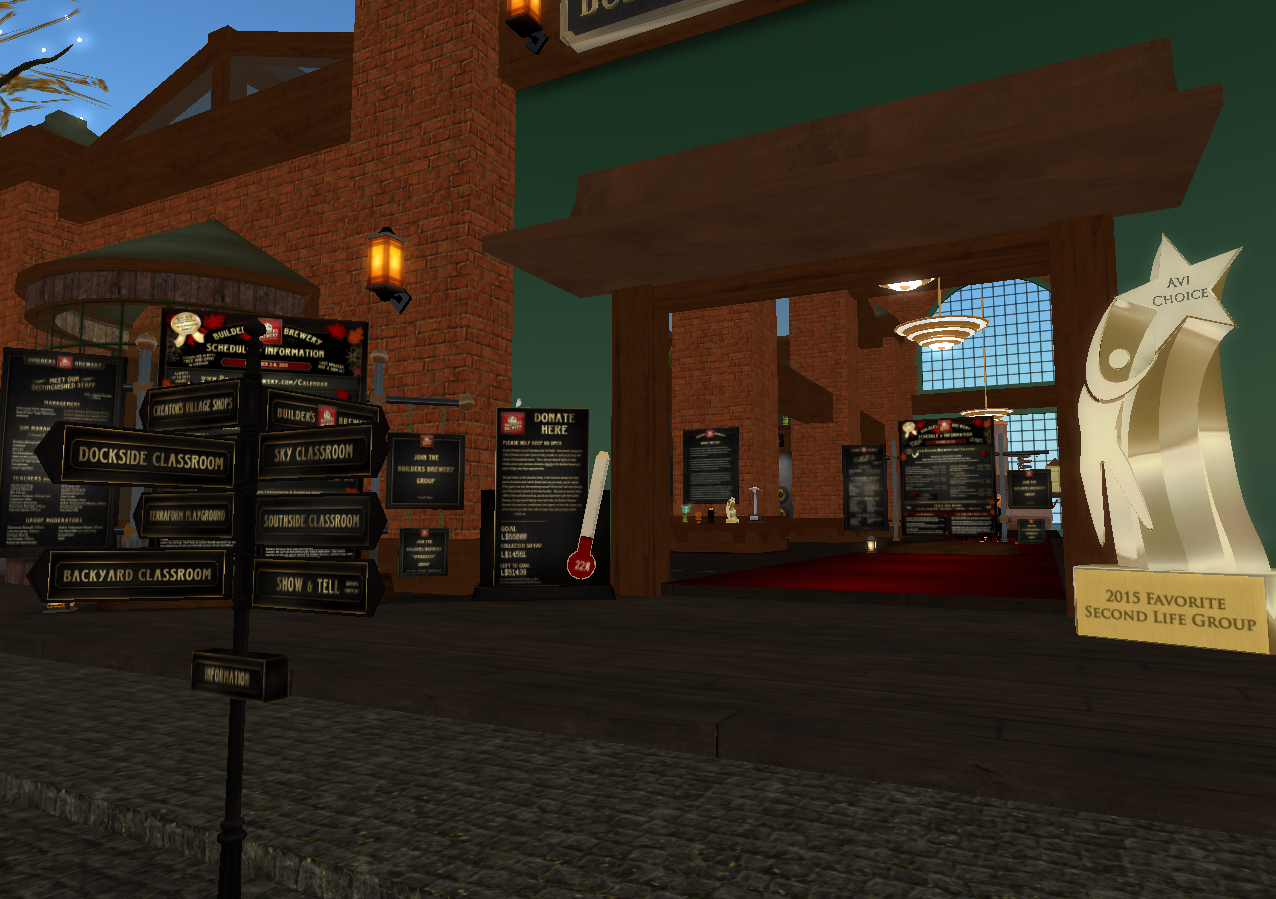 Builders Brewery is now the most established Second Life-based learning environment, offering several classes weekly and a well-organized schedule. There are currently over 30,000 active members of the group and around 10 active teachers offering their expertise to the benefit of the students. Each teacher goes through a strenuous probation period to show they are able to offer the level of education that meets the standards of Builders Brewery so the students have an optimal learning experience. The environment is laid back and approachable. And, of course, there’s still the amazing show-and-tell element and the gift exchanges that Sensuous very much enjoys. Sensuous took time to credit her sister and “other half”, Sentinel, for her role in keeping things moderated and ensuring that the Builders Brewery remained a safe place to be. In her eyes, she “owes a lot” to Sentinel for being around.

Builders Brewery also offers a sandbox building space for those who need the space to build and practice, as well as a healthy selection of stores on site offering an incredible variety of full-permissions goods within the Creators Village. There’s also a large space onsite near the main school grounds where people are able to purchase scripts and other building components made by other members of Builders Brewery, some even totally free. 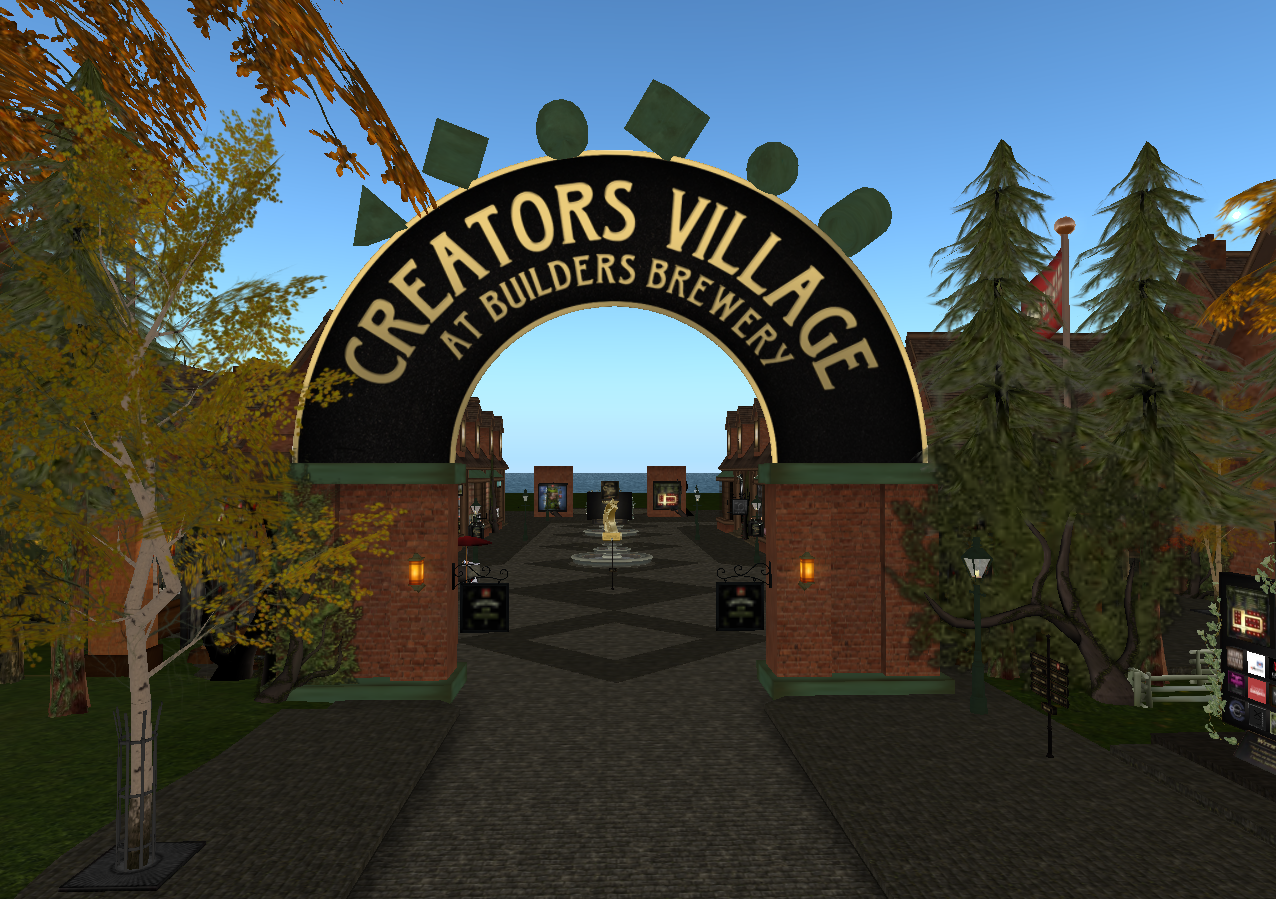 If you have ever wanted learn anything from scripting to Maya, this is absolutely the place to go. With ample, organized classes and an incredibly warm community, the Builders Brewery is a haven for our creative souls. Thank you, Sensuous, for your generosity and time. It was a great pleasure to be able to learn more about the driving force behind this amazing establishment.

For our amazing ZoHa Island family, remember that you have access to our own personal sandbox environment as a perk for being one of our awesome customers! You’re more than welcome to further your exploration of all the great tricks and tips you’ve learned. You can find the ZoHa Islands sandbox here. Those who are interested in carrying on the teaching spirit at ZoHa should get in touch! We’d love to hear from you!

Check out the class schedules here