Now Open: Stand Up for Justice, Second Life Fundraiser With 100+ Top Brands — All Sales Going to Black Lives Matter & Many Other Justice Groups Click here to directly teleport to Stand Up for Justice, a month-long fundraiser open now and running until the end of the month, with all virtual content sales turned into real money donations to to Black Lives Matter, Black Visions Collective, Campaign Zero, the National Police Accountability Project, and a bail fund for jailed protesters nationwide.

At the moment, there’s over 100 SL merchants are participating, including top brands like Apple Fall, Izzie’s, Etham, ChiMia, LOFT, Jian, and Astara. Many more are still being added, co-organizer Barb tells me, so it’s no surprise the place has been packed since it opened.

As for how all L$ sales to Stand Up for Justice will be donated, Barb explains their process to insure maximum transparency: “We have created an avatar for the event, StandforJustice Resident, where all proceeds will be collected. when the fundraiser ends. The money will be cashed out of Second Life at the best rate possible at the time and donated equally to the charities we selected. We will update the site the on the total amount raised, and when it is donated we’ll send out a breakdown of the donations with screenshots and receipts we plan to provide as much info as possible to maintain transparency about where funds are going.”

Once again, here’s the direct teleport.

Social Injustice Has No Place in the Physical or Virtual World. 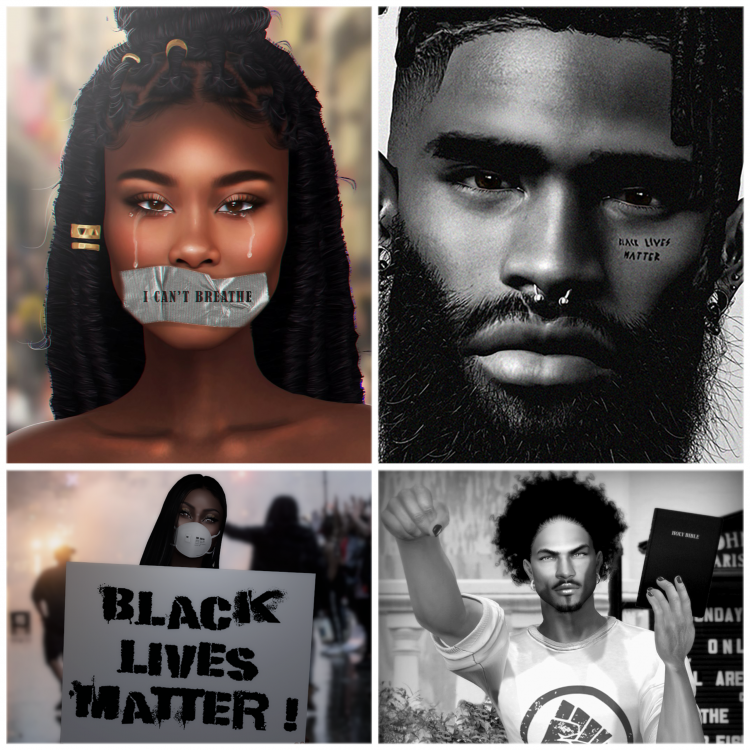 Like many of you, we are feeling a combination of horror and outrage over the history of racism against Black lives. What we continue to witness is deeply disturbing and demanding of immediate social change.

The killing of George Floyd seen on video around the world is only one in a long and unacceptable series of violent and racist attacks and discriminatory behavior directed against people of color.

We stand in solidarity with Black Lives Matter, all victims of systemic oppression and violence, and with Black communities across the U.S., the globe, and the virtual world in condemning racism and any and all actions that promote division.

Our mission at Second Life has always been to help build a better world, and in support of Black Lives Matter, we will be donating $10,000 each to three charities that are active in helping to fight oppression and injustice including the American Civil Liberties Union (ACLU), National Association for the Advancement of Colored People (NAACP) and the Southern Poverty Law Center (SPLC).

How can you help? You can participate in the Stand for Justice fundraising effort dedicated to raising funds for Black Lives Matter, Black Visions Collective, Campaign Zero, the National Police Accountability Project, and a Split Bail Fund benefiting 38+ bail funds nationwide. We also highly encourage you to sign petitions, text, call, or donate to show your support, acceptance, tolerance, inclusion, and equal opportunity for all.

Now is the time for us to come together as a community and to stand up for what is right, just, and decent. We hope that you will stand with us in our fight for a better world and in recognition that Black Lives Matter today and every day.

This Article does not reflect the believes or has ANY political agenda of Zoha Islands And Fruit Islands. However we felt sharing was pertinent to a world cause.