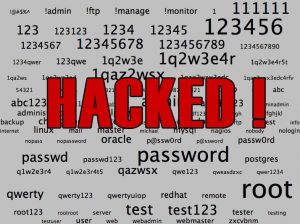 Over the past two decades, password rules have become more complicated and burdensome upon users. Users have coped with arbitrary, byzantine password rules by creating the most easily remembered passwords that comply with the rules, changing them when required in minor, predictable ways, and reusing compliant passwords on multiple online accounts. The results include lots of frustration and LESS security. Here’s how to do it right…

Everything You Know About Passwords is Wrong

A typical site now requires you to create a password at least 8 characters long that includes at least three or four types of characters: upper-case, lower-case, numeral, and special characters such as !, @, #, etc. In most cases, the resulting password is exactly 8 characters long, begins with an upper-case character, and ends with an exclamation point or the numeral “1.” Often it’s a recognizable name associated with the user, such as a child’s or pet’s name. If a password needs to be changed, it’s often only the last character that’s changed, and in a predictable fashion, i. e., “1” becomes “2,” “!” becomes “@,” etc.

Hackers know these official rules, and the de facto rules that users have created to comply with the least effort. They have hundred of billions of stolen passwords from which to figure out the rules, and they incorporate the rules in password-cracking software to make it more efficient. They also have massive computing power that can try billions of possible passwords per hour. The upshot is that most passwords actually in use can be cracked in a matter of hours.

One solution to human predictability is password-generating software that produces longer, more random passwords, and password-management software that remembers what site a password goes with. These functions may be combined in one software package, such as Roboform, Dashlane or LastPass.

But many sites deliberately thwart the use of password managers, either by forcing users to enter usernames and passwords on two separate screens or by adding code that blocks auto-filling of passwords. Apparently, the admins of such sites think a password encrypted and stored on a hard drive is as insecure as one written on a Post-It Note.

Another solution to remembering strong passwords is mnemonic – a sentence that’s easily remembered because it makes grammatical sense, and which contains the characters of a password that can be extracted by applying a simple rule. For instance, a password might be the first letters of the sentence, “My horse knows how to use 2 pink staple guns.” In fact, that whole sentence would make a virtually impenetrable password, if the official rules allowed spaces.

This geeky cartoon from XKCD.com illustrates the difference between passwords as they are and as they could be, if sysadmins allowed it. Following the official rules results in a password that’s easily cracked in 3 days, while the phrase, “correct horse battery staple” takes 550 years, far longer than any hacker cares to spend.

Research has found that users will create stronger passwords if they receive feedback about password strength as they create a password. But so-called “strength meters” often measure only compliance with rules instead of statistical strength, according to researchers at Carnegie-Mellon University. The CMU geeks have created a strength meter that uses a powerful neural network to calculate the true strength of a hypothetical password on the spot, and even explains what’s wrong with your password creation strategy. The rules they recommend are:

I advise using a password generator/manager wherever possible. They’re getting better at circumventing the security-limiting roadblocks that some website owners think are important. If you prefer not to use password software, a memorable phrase is the next best thing. In the past, I’ve used the first sentence from the first paragraph of a certain page in an old book. For example, on page 67 of “The Autobiography of Benjamin Franklin,” I found the phrase “There are Croakers in every country.” It’s memorable, and it makes for a strong password. Or as mentioned above, you can apply a formula of your choosing to such a phrase.

What’s your password strategy? Do you use a password manager, a sticky note, or keep it in your head?

Have A Great Week

Deuce Marjeta and the ZI Team