I can’t tell you how many times I’ve heard people say “A virus wiped out my hard drive, so I had to buy a new one and re-install everything.” When I ask what exactly they mean, the victim sometimes claim that a virus ‘fried the electronics,’ ‘crashed the head,’ or otherwise physically damaged the drive. In other cases, people were told by a repair technician that a virus had permanently damaged the hard drive, and they needed to purchase a new one.

My short and simple answer to the question is “no”. To the best of my knowledge, no antivirus researcher has ever discovered a virus that causes physical damage to hardware. You can be sure that such a discovery would have made headlines all over the world. It just hasn’t happened. 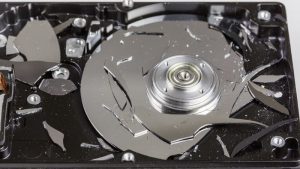 People who claim it has happened are wrong, or are being disingenuous. Or it could be what I call “Cousin Vinny Syndrome” — a modern day version of “I heard it from a friend who knows a guy who lives near the police department in a major city, and he knows about this stuff.”

It’s not unheard-of for an unscrupulous repair technician to tell a naïve customer that a virus has “destroyed” a hardware component, usually a hard drive. Then the technician gets to sell the victim a new hard drive, memory stick, motherboard or power supply. They’ll also charge for the “service” of re-installing the operating system and apps, in addition to the hours of labor that went into “diagnosing” the bad news. The customer leaves thinking that viruses can damage hardware, and blames viruses for any future hardware problems.

Then there are the amateurs who, upon failing to fix their own hardware, conclude that “it must have been a virus because I couldn’t possibly have done anything wrong.” There are various computer glitches (which may include a virus, a power spike, or just poorly written software) that can wipe out critical sectors of a hard drive. When this happens, you’ll be greeted by a startup screen that says “Disk Boot Failure”, “No Fixed Disk Found”, “Missing Operating System” or some other ominous error message that *seems* to indicate that the hard drive is physically damaged. But in almost every case, it’s not really a hardware problem.

Of course, there are some perfectly good reasons for intentionally destroying a hard drive.

Viruses can and have turned hard drives into seemingly useless bricks. But the only thing they can damage is the data stored there. A virus that overwrites the drive’s boot sector renders it inoperable. But a corrupted boot sector is fixable; only the data written to that sector has been damaged, not the magnetic media that stores the data. Reformat the drive, or reconstruct the boot sector, and the drive will work again. If a virus wipes out files, you can restore from a backup, and you’re back in action. 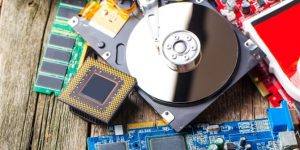 Getting back to the original point, is it possible to write a virus that destroys hard drives? A hard drive (like many other PC components) is controlled by embedded chips that contain low-level “microcode.” This microcode can be replaced in what’s called a “flash update.” So why couldn’t a virus replace the legitimate microcode? In a Computer World magazine column published in 2005, columnist Robert Mitchell got a Western Digital VP to admit that it is possible, in theory. Mitchell claimed this admission proves that a virus could “essentially destroy” a drive.

But Mitchell was playing a semantics game. “Essentially” does not mean “physically.” In his context, “destroy” means “render unusable.” A virus could make it impossible for the system’s BIOS to communicate with a drive, but it could not damage the drive’s hardware. If the virus could be flushed out with a new legitimate flash upgrade, the drive would work again. Again, there’s no physical damage — only the DATA on the device is affected. And data can be replaced.

I’ve also heard about theoretical viruses that write data so frantically to the hard drive, that it just eventually crashes the head or wears out the surface of the drive. I just can’t buy this theory, because that virus would have to be running non-stop for months or even years before anything bad happened. I struggled to find an analogy for this, and I thought of the Etch-a-Sketch. Its surface is kind of like a hard drive platter, and the little “pen” you control with the dials is the read/write head. You can scribble all you want, but you’re not going to damage the device. And anything you write on the surface of the Etch-a-Sketch screen can be wiped away by shaking it and starting over. That’s similar to reformatting a hard drive, which will wipe out the virus and anything that it did.

And then there’s the Chernobyl Virus, which appeared in the late 1990s. Some have said that it could cause actual physical damage to the BIOS chip, but that appears to be the stuff of legend and rumor. It might have been able to erase data on a hard drive, or over-write the data on the BIOS, but that’s not permanent physical damage. Oh, and I have to mention StuxNet, the virus that targetted computers controlling uranium enrichment equipment in Iran. In this case, the virus tried to affect the functioning of centrifuges and other equipment being controlled by the infected computers. There was no physical damage to the computers, and it’s not even clear if the centrifuges were damaged.

Let Me Be Perfectly Clear..

I am NOT trying to say that a computer virus can’t damage files or destroy data. Of course it can. And 15 or 20 years ago, old-school hackers might have been interested in doing that type of thing. But today, viruses are not created to destroy hardware or data. Viruses are created to steal data and money, to send spam, or to disrupt other users with denial of service attacks. And they’re written so as to do their dirty work in secret. Virus creators WANT your hard drive to last a long time, so they can continue to use your computer to do their bidding.

Of course, computer components such as hard drives, motherboards, RAM, graphics cards and power supplies can wear out, or burn out. But those things are caused by defects in manufacturing, poor quality materials, overheating, or power surges. If a computer repair tech tells you a virus caused it, take your computer somewhere else.

If you (or your Cousin Vinny) disagree with my opinion that a virus cannot physically damage a hard drive, please let me know! And please, cite a credible source when you do.

Have a great week from all of us on the ZI and FI Staff.