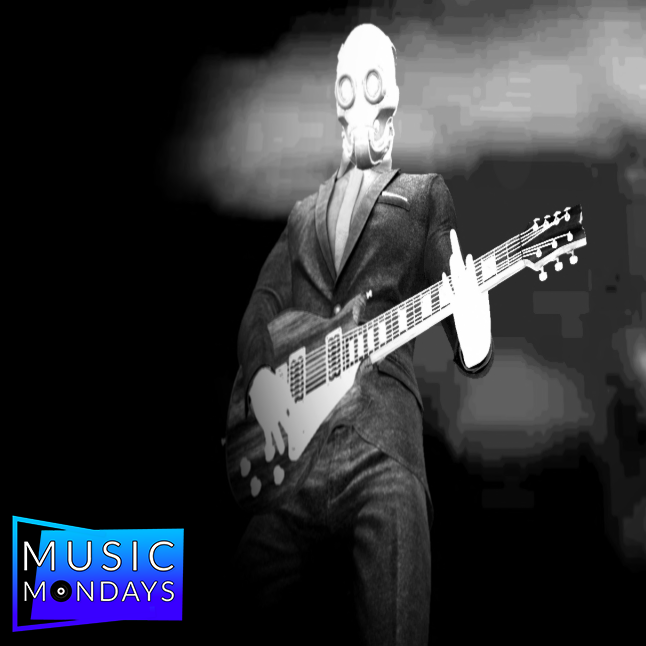 This week’s featured musician is Joel Eilde (Joel Tamas irl), who plays rock interspersed with little doses of jazz, country, and blues both inworld and with his band Red Heaven. He has played over 3,000 shows in SL over the last decade and encourages newcomers to join the unique virtual music scene. 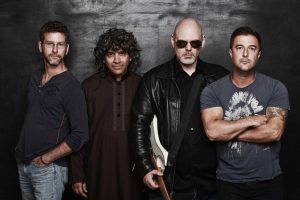 Q: When/how did you hear about Second Life?
A: Back in early 2007, I was working as a tech journalist and I was doing a week-long series about Second Life, which I had only just heard of at that point. So I made an account to jump in and try it out and… I stayed. Simple as that.

Q: What instruments do you play, and what made you pick them up?
A: I sing, I play guitar, and I play bass. Like a lot of young adolescent males with unrealistic dreams of stardom, I picked up bass as a young teen and got more into guitar later on. I didn’t get singing for real until I started performing in Second Life in 2011. I had dabbled before, but never felt confident about my voice until I was in my 40s. Now I actually think of myself as a singer first, so things have really changed.

Q: Tell us the origin story of your band Red Heaven.
A: Red Heaven is, unequivocally, a Second Life success story. I started performing in Second Life because I wanted an option to play music without going to bars and all that malarkey. And doing so built up my skills really fast: singing, playing, songwriting, all of it. I really credit Second Life for being the woodshed that got me to the point where I could really make Red Heaven a proper real-life band. I honestly couldn’t have gotten to this point with the albums and real world live shows if I hadn’t been grinding in Second Life for so many years.

Q: Are your band mates also SL Residents?
A: Only one: Olga Zoubkova, whose SL name is Loreen Aldrin. She lives in Russia so she’s not part of my performing band, but she’s all over every single Red Heaven album. The others, I don’t think they have any idea what Second Life is.

Q: How has your relationship to creativity been affected by the last year?
A: Well, since January 2020 I’ve released two albums (with another to come this summer), started streaming live Facebook shows, did the biggest live-streamed full-band show of my life, and have been pounding out Second Life shows on the regular. So I guess I’d say it’s been pretty good, but I’m also one of those very lucky people who’s had tons of free time during the pandemic so far, and therefore it’s been easy for me to put it to good use doing what I love.

Q: What is the most meaningful aspect of the SL music community to you?
A: What I love more than anything and with all my heart is the absence of “stardom.” An ordinary person can just turn on their mic for an hour and play their acoustic guitar and sing, and they can get a legit following and even make a little money. That’s a beautiful thing to me; the way Second Life audiences embrace amateur music without celebrity. I don’t know any other audience that’s so open to and supportive of amateur music. And I honestly wish the world was more like Second Life in that way.

We have had the pleasure of having Joel at Brick Shiphouse a few times and continue to find new and seasoned musicians alike for your entertainment pleasure.  Please check us out in world https://maps.secondlife.com/secondlife/Mango/128/128/20/