ZoHa Islands resident Traugh Underwood (Bluebane Akula) contacted me in-world recently, and said that he was a Windows 10 user and would be happy to answer any questions I might have about the OS. I was delighted that he was willing to discuss his experiences with Windows 10 and sent him a note card with my questions, which he most graciously answered for me. Below is Traugh’s discussion of his experiences with Windows 10. (Traugh lives in the UK).

Q: How long have you been using Windows 10?

A: Since October 1st, 2014. As a technical support for a lot of my friends, I wanted to get used to it quickly. Despite Microsoft advising people not to do so, I have been using as my only OS on my PC since then.

Q: Are you using the Alpha version or Beta version, if there is one? Has it been real buggy?

A: Its always been beta. There have been some bugs, especially in the early builds. But unlike other operating systems, Microsoft had a special insider app for Beta testers we could send feedback through, and a LOT of changes have happened along the way because of insiders voicing their opinion, even down to silly things like the icon for the recycle bin.

Q: What OS were you using before Windows 10?

A: I was using windows 8.1 before i jumped up to 10. 8.1 was very controversial. Although I can understand why people didn’t like it, for me the change in 8.1 to the start bar that people were so upset about, was far outweighed by the benefits of apps and a much faster OS than 7.

Q: Did you ever use Windows 7, and how does Windows 10 compare?

A: I did use 7, from its launch until Win 8 was launched. How does it compare to 10? Ummm well 10 is as if 7 and 8 had a baby. So take all the things you like about 7 and combine it with added apps, faster booting, better memory management and a much better DirectX system.
Also for gamers and multitaskers especially, the multi-desktop is invaluable if you only have 1 monitor. I actually dropped my second monitor because I just wasn’t using it on windows 10.

Q: What do you like best about Windows 10 in general?

A: It’s difficult to pinpoint just one thing, to be honest. There are a lot of things in Windows 10 that I now use daily. Cortana is very useful when I’m feeling lazy and just want to tell my PC to do stuff instead of clicking and using my keyboard. Multi-desktop is invaluable especially as a gamer as you can devote one desktop just to running a full screen game, and then switch desktops to check things without having to use alt tab (there is a shortcut to change screens – Crtl-Win-Left/Right). The notification bar is very useful to anyone used to a smart phone. It’s wonderful to have the ability to see whats going on with the PC without having all the annoying pop-ups you used to get in 7 and 8. But above all else, I would say the performance boost is what I really admire about Windows 10.

Q: What do you like least about Windows 10 in general?

A: Up until this point its been certain bugs, or when some app you use daily stops working and you had to wait a few days for the fix. But that’s something you have to accept when beta testing, and for the past week everything has been working flawlessly.

Q: How does Windows 10 interface with Second Life? Good and bad?

A: Second Life runs exactly as it did on all my other OS’s I personally don’t see a difference, but a friend of mine running Windows 10 on an Apple machine saw vastly improved frame rates. On Apple OS, he gets 15 fps. On windows 10 he gets 25/30 fps.

Q; What viewer are you using for Second Life?

A: As a builder I use a combination of Firestorm and the official viewer, depending on what I’m doing.

Q: Did you change viewers because of Windows 10? If so, what were you using before?

A: I haven’t changed any programs I was using since windows 7. Since 8 and 10 are built upon 7’s code, I’ve not found any incompatibility so far moving up from 7.

Q: Do you do other gaming besides Second Life? If so, what do you play and what do you like or dislike about Windows 10 as it pertains to your gaming experience?

A: I play a LOT of games on Steam, I currently own over 150 games, as well as software. I’ve tried every one of my games testing them during the beta process, and not had a problem with any so far.

Q: Finally, would you recommend that Second Life residents upgrade to Windows 10 right away, or wait awhile? Why or why not?

A: That’s an interesting question. I would say it comes down to personal preference. If you’re someone who is competent with technology and likes the idea of having the latest in features, then you may want to get it straight away. If not, then you may want to wait a little while. Personally I don’t see a downside to it, and I have personally helped a bunch of people make the transition from Windows 7 and 8 up to 10, and nobody has ever complained about it. Most have said its the best version yet. But all that aside, my biggest advise would be don’t just read one review. If you decide to wait, everyone will have their own personal view on Win 10 including me, and to really get a good view, you will need to look at multiple reviews and make a decision for yourself.

In reference to the “forced update” conspiracy everyone is ranting about I have this to say:-

Windows 10 does do SOME forced updates. This is exactly the same situation LL had to do not so long ago. They had so many people running outdated viewers on Firestorm, and even some still on Phoenix that they were forced to deny access to SL on any viewer that wasn’t mostly up to date. This was for the benefit of all SL residents and for SL as a platform.

Windows 10 pushes updates to the PC that are required for the improvement of the user experience, so stuff like bug fixes, security hotfixes, etc. However there is also an addition released last Sunday to allow users to choose updates not directly linked to the actual OS; for example graphics updates, sound drivers etc. These will be optional, so if you don’t want to do them you wont have to, which is very good news for gamers who don’t want to update their nvidia/AMD graphics drivers. In the past, updating drivers on AMD, for instance, caused problems in SL so you couldn’t see mesh avatars/clothing etc.

Thank you so much, Traugh, for your first person perspective on using Windows 10! It sounds exciting and I am really looking forward to the ability to have two screens on one monitor, among other things. It sounds like Windows 10 is mostly positive, taking the good things from both 7 and 8.1 and melding them into an OS that is going to be user friendly. SL residents would benefit from the upgrade to Windows 10, and I personally will be upgrading with it’s initial release on July 29th. I’ll let you know how it goes!

We are very excited to announce that ZoHa Islands is having an Anniversary Blowout!

We want to accommodate all time zones, so we are running this party for eight solid hours! Please join us for this fabulous line up of live musicians, DJ and tribute band!! Come party with us and rock your pixels off! We are celebrating!!

Here is the entertainment line-up: 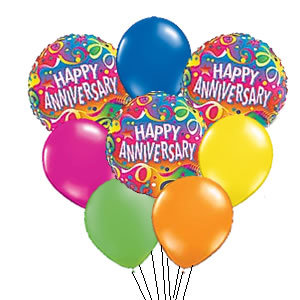 Kudos to our awesome Deelish Wishbringer for pulling this huge event together! Dee is our Business District Manager. Please be sure and see her to place your business in this amazing area.

Here is some information on some of the artists scheduled to play:

Quartz is a Canadian singer, songwriter and musician who performs all his shows with passion and an emotional connection to the music he sings. Quartz plays keyboard, lead, bass and acoustic guitar. His genre is typically classic and progressive rock, from the cassette years to now, and he brings a repertoire of over 200 songs including his own compositions. He sings with backtracks or purely acoustic; both are excellent. In addition, he also does an amazing live tribute to Elton John show.

Luvofmusic was born and raised in Chi-Town (Chicago, Illinois). Being a real life singer, she brings experience and a professional feel to her SL gigs. She started singing at a young age and had a few generations of music playing all the time in the house. Some of her influences include, Amy Winehouse, Erykah Badu, Dinah Washington, Sarah Vaughan, Billie Holiday, Janis Joplin, Frank Sinatra, Marvin Gaye, Donny Hathaway and Sam Cooke, just to name a few. She loves singing Jazz, Blues, R&B, Rock & Roll and some Pop. She may even throw in a country songs!

We will post the location as it gets closer but please put this on your calendar and come celebrate with us!!