Solid-State Drive (SSD) technology has been taking over the hard drive market rapidly, as economy of scale results in lower prices. But there’s always been uncertainty about the useful lifespan of a solid-state drive, as compared to a traditional magnetic drive. Will your SSD conk out suddenly, or will it last for years? Read on… 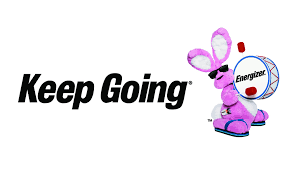 SSDs (also called solid-state drives) are an alternative to the standard magnetic, spinning disk hard drives we’ve all been using for decades. You can think of them as USB flash drives on steroids. With no moving parts, an SSD offers more speed, greater reliability and decreased power consumption than magnetic drives.

SSD capacities keep rising, prices keep falling, and SSDs show up in everything from phones to desktop gaming PCs, high-end workstations, servers, and any place where magnetic hard drives have dominated for decades. It’s easy to understand the enthusiasm for SSDs.

SSDs are still expensive compared to magnetic hard drives. But here’s something to consider… right now, a 1 terabyte (1000 gigabytes) magnetic hard drive costs about the same as a 256 GB SSD drive — roughly US$50. But if you’ve only got 100 GB of data, the SSD is obviously a better buy, even though it has less capacity.

An SSD drive is much faster than a magnetic drive; that means faster boot times and more responsiveness in applications, particularly when dealing with large data files. With no moving parts, SSDs are silent and less subject to mechanical failures.

But rumors persist that SSDs won’t last as long as magnetic drives. Manufacturers provide warranties ranging between 3 and 5 years, but that doesn’t satisfy the skeptical. A warranty won’t replace your irreplaceable photos, videos, music collection, and so on. Everyone wants to know, “How long will an SSD last?”

The uber-geeks at Tech Report decided to answer that question once and for all by continually writing 100 MB blocks of data to six consumer-grade SSDs until all of the drives die. The SSD torture test started in August 2013 and ended in March 2015. 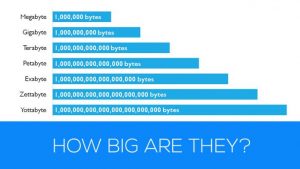 Each of the drives was warranted to last for at least 200 terabytes of data writes. That’s a lot more than the typical home or small business user will write in 3 to 5 years. Usually, manufacturers tend to over-promise on such things, but these SSD drives surprised everyone.

The first fatality, a Kingston HyperX 3K, wrote 728 terabytes before giving up the ghost. The second SSD to die was the Intel 335, at 750 TB. The Samsung 840 Series gasped its last at 900 TB. Note that all of those drives lasted at least 3-4x longer than warranted.

The last two survivors (the Kingston HyperX 3K and Samsung 840 Pro) met their doom on the road to 2.5 petabytes. It’s noteworthy that NONE of the SSDs failed until they were 3.5 times past the manufacturers’ data-writing warranty, which is about 9-15 years’ worth of normal home use.

So if anyone suggests that SSDs don’t last as long as magnetic drives, point them to this info. If you really want to bury them in excruciating details about the Tech Report testing methodology, SSD data storage techniques, and other geekiness, point them to the results of this SSD Endurance Test.

Some Notes on SSD Reliability 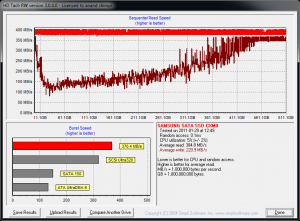 A research paper published at the Usenix 2016 conference argued that SSD age, not usage, affects reliability. And high-end drives based on SLC technology are no more reliable than less expensive MLC drives. So outside of a “torture test” environment, you should not have to worry about your SSD failing in the first 3 to 5 years.

However, the study also found that the uncorrectable error rate for SSDs is higher than for magnetic drives, which means SSDs are more likely to lose data. So ironically, backing up SSDs is even more important than it is with magnetic disks. So if you are currently backing up *TO* an SSD, you should consider having a backup or your backup, preferably on a traditional magnetic spinning disk.

Here are some signs that your SSD might be starting to fail:

The SSD endurance test I discussed above concluded in 2015, but I’ll still wager that any of the latest crop of consumer SSD drives is likely to outlive your computer, and will probably last as long or longer than a magnetic drive. But don’t use that as an excuse to avoid doing regular backups. Are you prepared for a data disaster?