Second Life is famous for it’s ability to raise money for various causes — be it feeding hungry children in Africa with Feed A Smile, or raising money for cancer research for Relay for Life. These causes raise serious RL money in SL by holding periodic fundraisers. One of those that is most popular this time of year is Toys For Tots (TFT).

Obviously Toys For Tots is a RL charity that has been around for years. You can see the video about the beginnings of Toys For Tots and how US Marine Corp Cpl. Gary Miller began this wonderful charity. It’s a very touching story. Here’s the video:

“Toys for Tots is a program run by the United States Marine Corps Reserve which distributes toys to children whose parents cannot afford to buy them gifts for Christmas. The program was founded in 1947 by reservist Major Bill Hendricks.

The Marine Toys for Tots Foundation, a 501(c)(3) not-for-profit public charity located in Triangle, Virginia, serves to fund, raise funds for, and support the program.

“Toys for Tots began as a Los Angeles charitable effort in 1947. William Hendricks was inspired by his wife Diane when she tried to donate a homemade Raggedy Ann doll to a needy child but could find no organization to do so. At her suggestion he gathered a group of local Marine reservists, including Lieutenant Colonel John Hampton, who coordinated and collected some 5,000 toys for local children that year from collection bins placed outside of Warner Bros. movie theaters. Their efforts were so successful that, in 1948, Toys for Tots was launched as a national campaign. Hendricks used his position as director of Public Relations for Warner Brothers Studio to enlist celebrity support, as well as have Walt Disney Studios design the red toy train logo.

“Until 1979, Marine reservists (frequently in their dress blue uniforms) and volunteers would collect and refurbish used toys. In 1980, only new toys were accepted, as reservists were no longer able to dedicate drill hours to refurbish toys, as well as legal concerns and the mixed message of giving hand-me-downs as a message of hope.

“Noting in 1996 that many communities did not have a Marine reservist presence, the commander of Marine Forces Reserve authorized Marine Corps League detachments and other local organizations to fill the gaps in toy collection and distribution. In 2009, the program received support from Michelle Obama, who placed the first collection box at the White House.

“As of 2009, the Toys for Tots Program and Foundation have collected and distributed almost five hundred million toys. In December 2011, First Lady Michelle Obama took part in a Toys for Tots activity at Joint Base Anacostia-Bolling.

“As for Toys 4 Tots in Second Life, this is our 6th year. We started with a meager undertaking with the live music groups and venues and raised $2500.00 USD. Toys 4 Tots in SL was founded by Pat Wunderland of Wunderland Records, who came up with the idea to help all we could by using the live music talents to create a CD to give with a donation. It was figured that $500L would buy one toy in RL and that was the set price of the CD donation. The second year became more successful and we gained more musicians and venues in our endeavors. Since the 3rd year, Rocky Hillburton, of Smokin’ ACEs, took the reigns and we started venturing into a different direction with the breedables and bikes. In the 4 years we have endorsed this program we have raised over $60,000.00 USD for Toys 4 Tots. Our excitement has grown this year with our first annual expo. There has been some hurdles that we have had to overcome and we know that next year will be an even bigger success with the knowledge we have learned this year. We cannot thank you enough for all your support in such a great organization.

“Mission:
The mission of the program ‘is to collect new, unwrapped toys during October, November and December each year, and distribute those toys as Christmas gifts to needy children in the community in which the campaign is conducted.” The stated goal is to “deliver, through a new toy at Christmas, a message of hope to less fortunate youngsters that will assist them in becoming responsible, productive, patriotic citizens.’ ”

On November 1st, the 6th Annual 2014 Second Life Toys for Tots Drive officially began. This year the collaborative effort of Second Life builders, scripters, venue owners, musicians, entertainers and residents promises to be bigger and better than ever.

Amaretto & KittyCats Breedables will kickoff the yearly campaign this year by hosting the SL Toys for Tots Breedables Expo & Fair. The nine day affair (Nov 15th thru Nov 23rd) will feature some of Second Life’s top breedables, many of whom will offer a limited edition Toys for Tots creations. Last year’s Expo was a resounding success, adding over L$1,600,000 to the Toys for Tots coffers. So far this year, L$1,729,665 has been donated — which is roughly $6,919 USD!

Just as the five previous years, Second Life entertainers have come together and donated their time and talent in the production of a Christmas CD that will be given to anyone who makes a donation to any kiosk. For information about the CD and those artists participating, click here.

ZoHa Islands is proud to be a participant in the Toys For Tots fundraising program. You can find donation kiosks in the main ZoHa Islands Sales Office, and the business district sales office, and in our very own Deelish Wishbringer’s store here.

If you have a business anywhere in ZoHa Islands, please contact Deelish Wishbringer in-world and she can make sure you get a kiosk for your store. I will be happy to add names and SLURLS to your business to a post for all participating merchants.

Here are some pics I took at the Breedables Expo and Fair, which runs through November 23rd. You can click to enlarge the pictures. 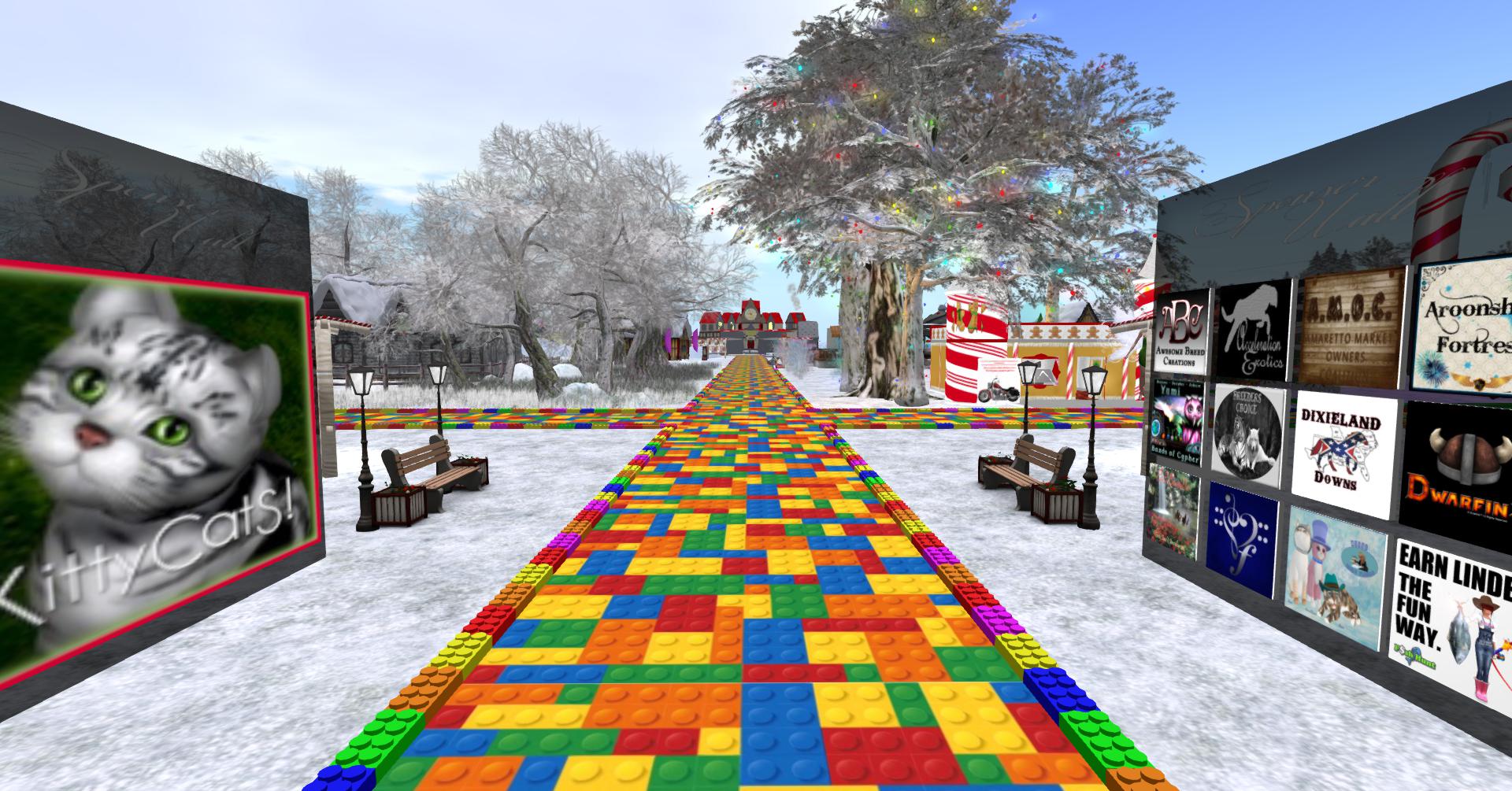 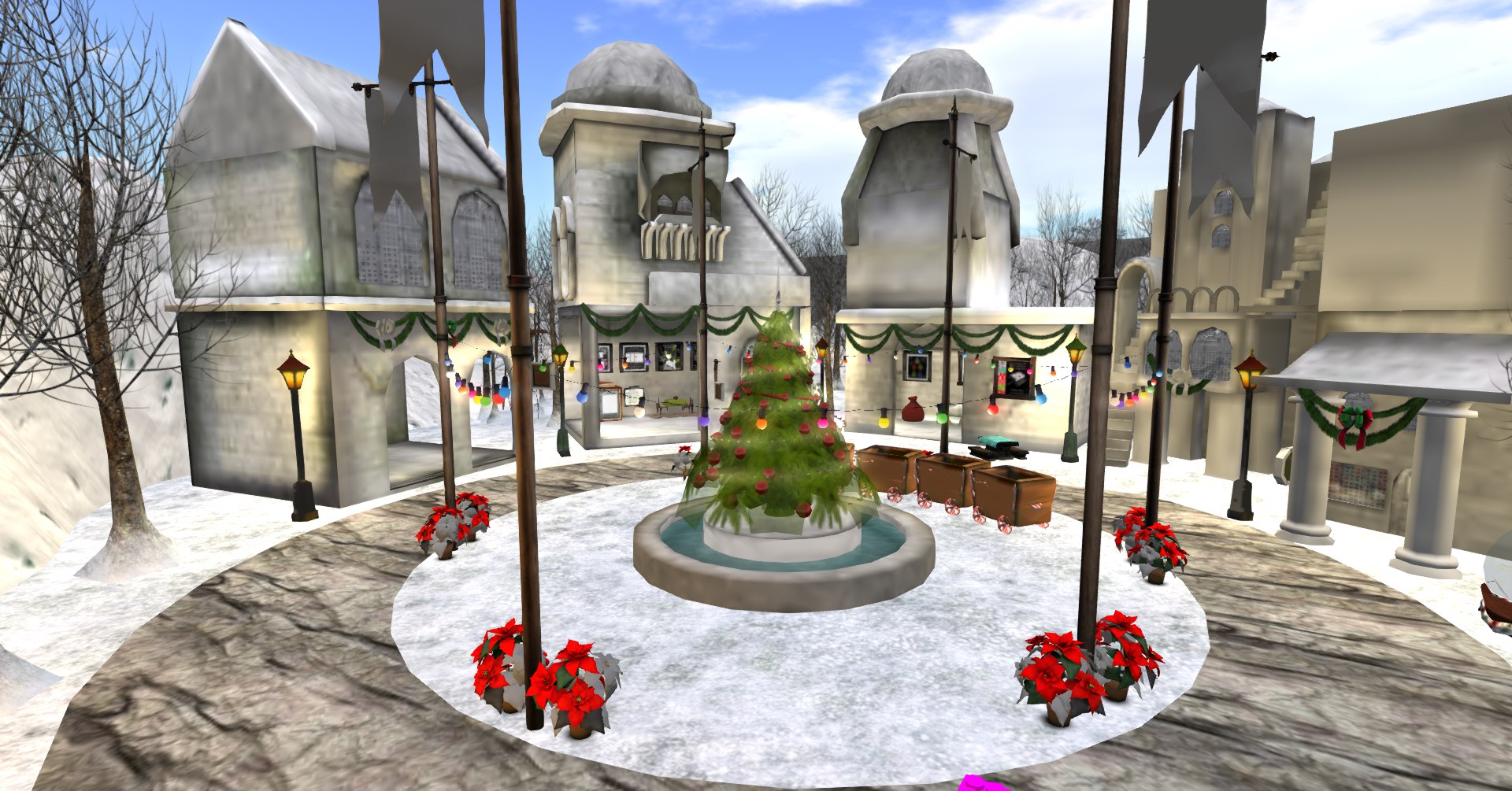 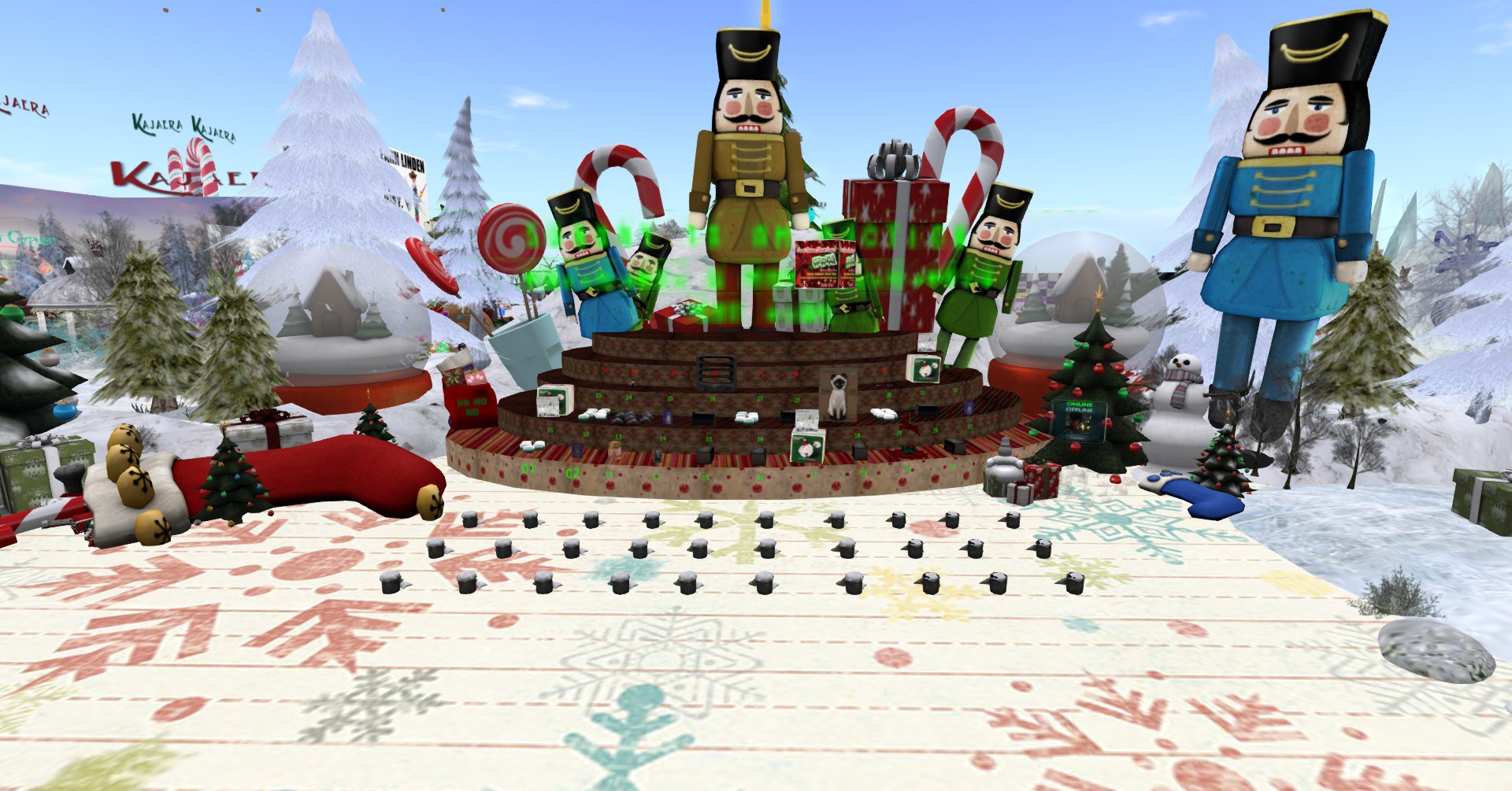 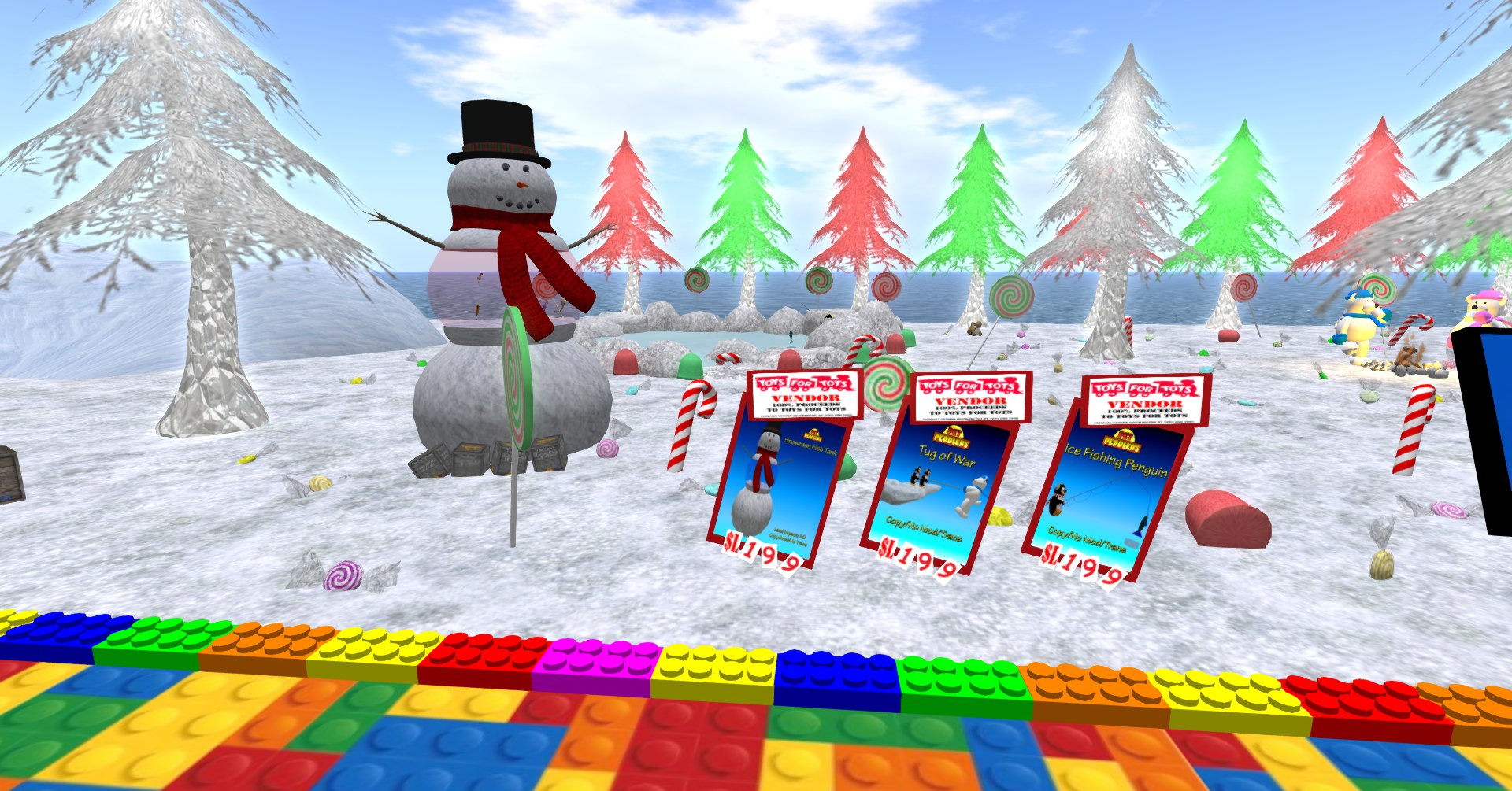 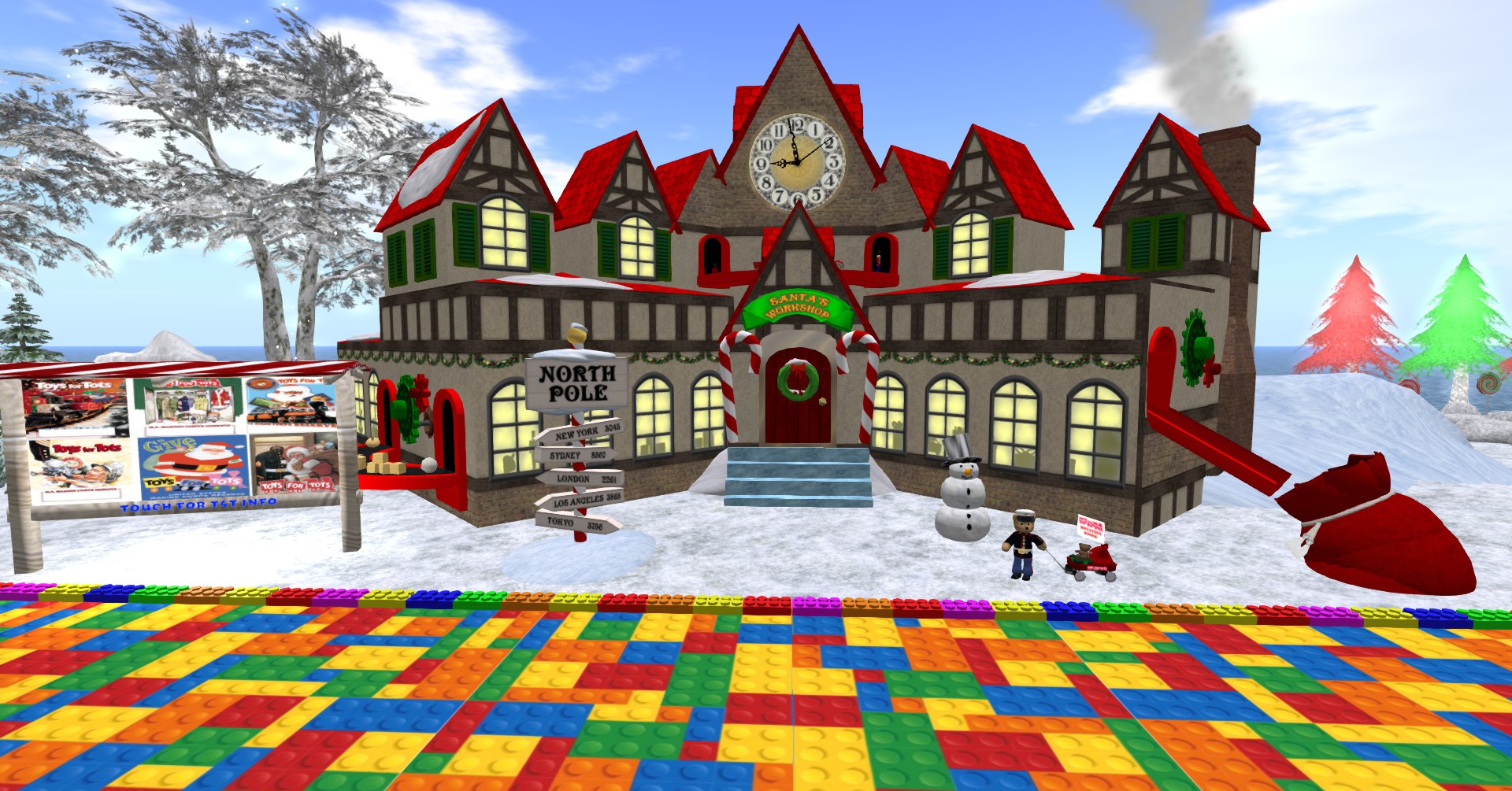 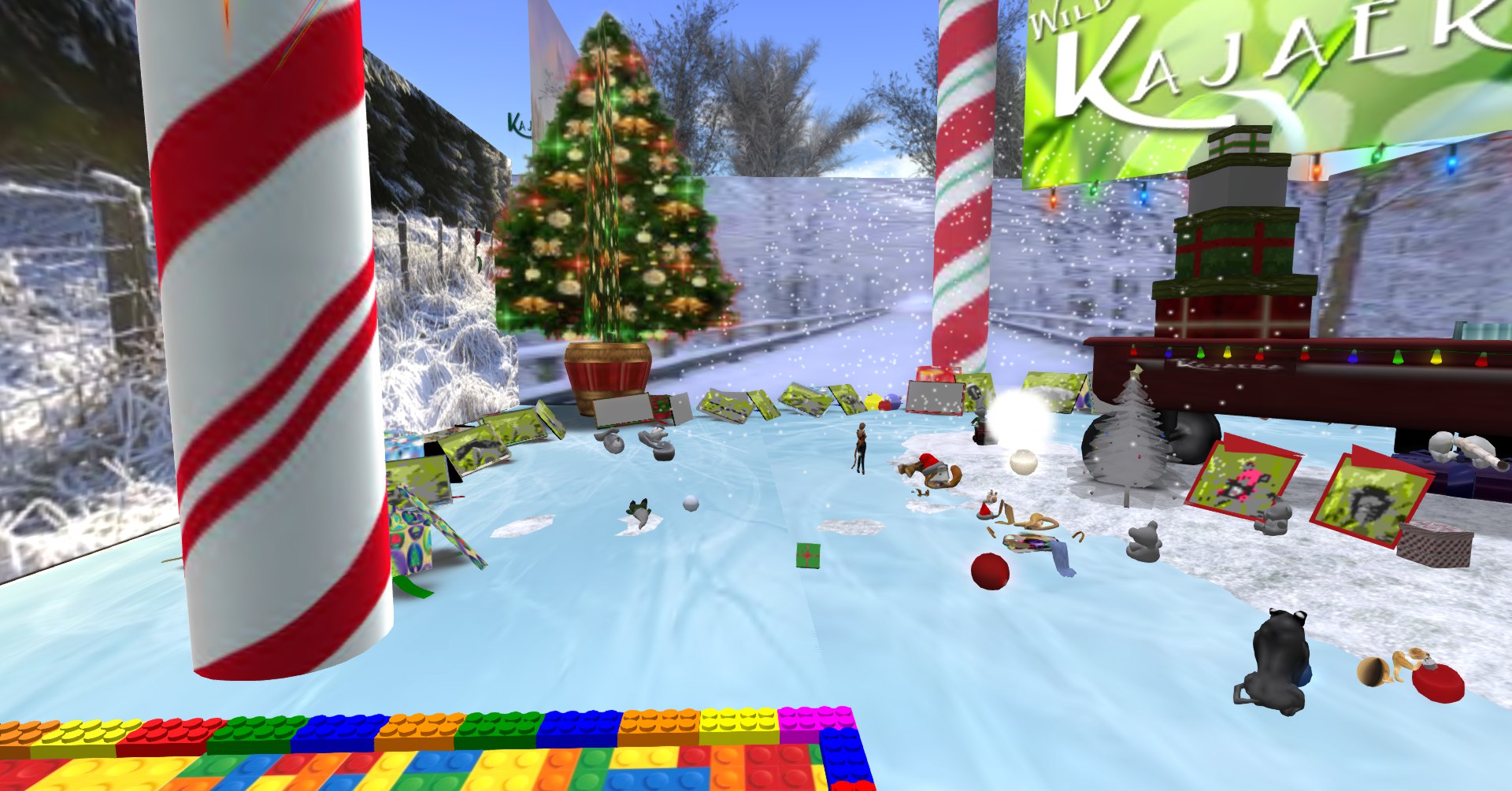 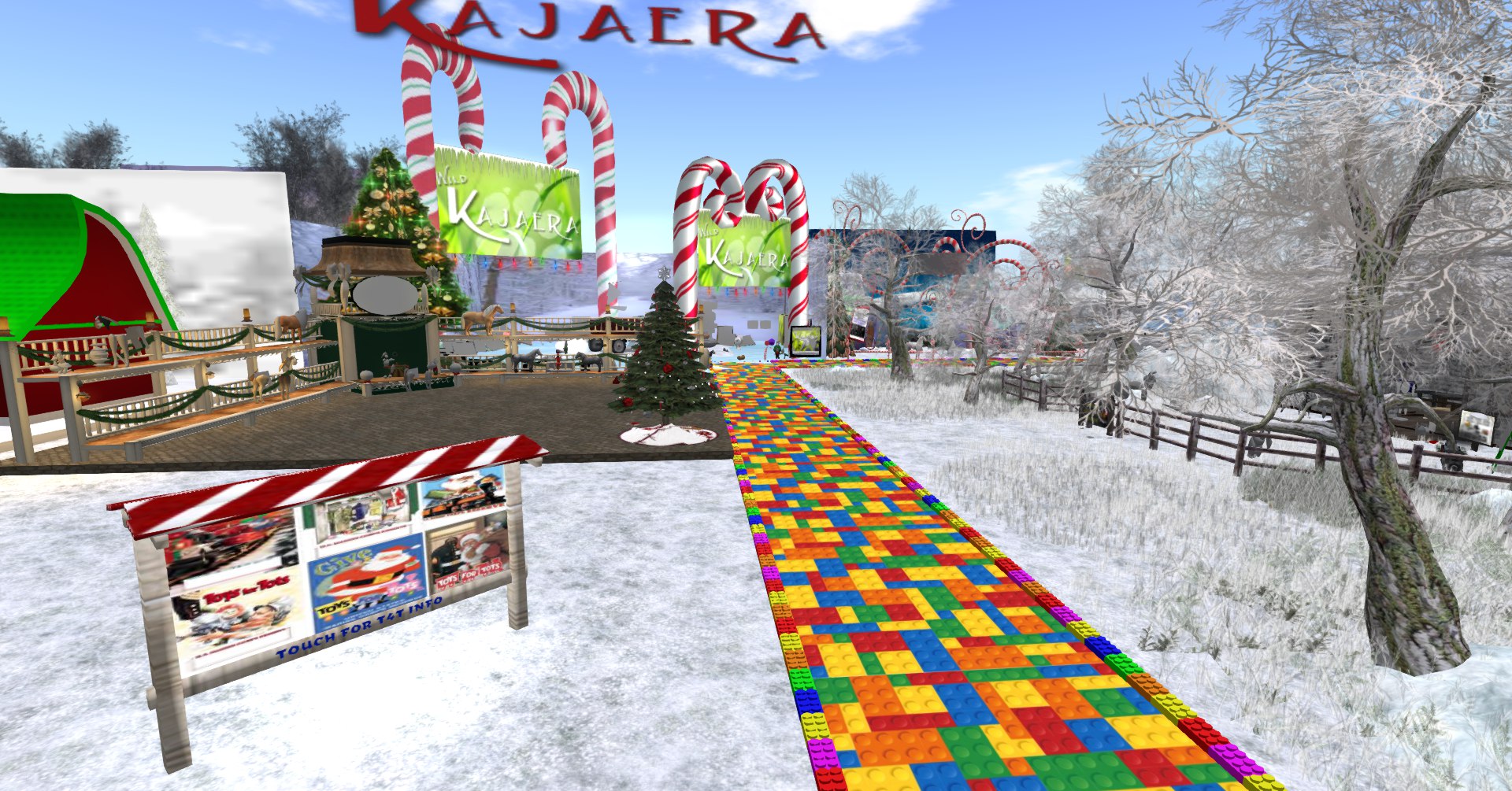