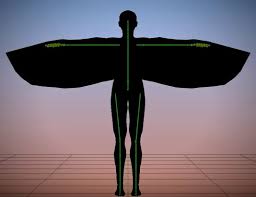 So, you may have heard that there was a big announcement last week regarding Project Bento. Or you may not have. But, either way, this is a HUGE development for Second Life, and a big indication that Linden Labs is far from detached from Second life (yes, I’m talking to you, doomsayers).

What does this mean? In a nutshell, this means that the whole rigging game will be changing for the better. Concepts we previously could not realize are going to become accessible, which will not only impact the flexibility of clothing but also widen our possibilities when it comes to customizing our avatars. Animations are going to be even more fluid, as we’ll eventually be able to see examples where we can wiggle our fingers. Tails won’t need to be an add-on, nor will wings.

Here is a peek at some of the abilities in this great video made by Avastar’s Gaia Clary:

Sound unreal? Here’s an excerpt from the official announcement:

“Ever wish you could incorporate a tail, wings, or second set of arms into your avatar? How about having animations for facial expressions and finger movements? Yes, we know that there are some incredibly creative workarounds that give you some of these, but they can’t leverage skeletal animation, so they have been very complex, often fragile, and very expensive in performance and resources both in your Viewer and the Simulator.

We are introducing extensions to the standard Second Life Avatar Skeleton that give you dozens of new bones to support both rigging and animation, and accompanying new attachment points! This extended skeleton, which is fully backward compatible with existing avatars, rigging and animation, gives creators the power to build more sophisticated avatars than ever before. The skeleton extensions include:

• 11 extra limb bones for wings, additional arms, or extra legs.
• 6 tail bones
• 30 bones in the hands (all 10 fingers!)
• 30 bones for facial expressions
• 2 other new bones in the head for animating ears or antennae
• 13 new attachment points associated with the new bones”

Now, this might sound like jibberish to some, but basically what this means is that the addition of these extra bones to our avatar’s “skeleton” will lead to a major advancement in the realm of possibilities we’d be able to take advantage of. This also means that the level of realism in our animations would take us to a whole new level, which boggles my mind. From an animation standpoint alone, this is huge. Motion capture (or, mocap as some of you may call it) has been dominant in the animation game- imagine your fingers being able to go through a range of motions during the course of an animation, or the ability to have more expressive gestures and hand movements for photography purposes that won’t require a static set of hands?

Also, this was the year we started to see the surge in animated mesh hair. Could this lead to the emergence of dramatically animated mesh clothing? It’s quite possible to utilize the tail and wing rigging to maximize movement in mesh clothing as well. So, while this is a big development that will allow us to further realize our visions of our avatars, this will also be a major tech advancement for the content creators that are going to be on the forefront of exploring the possibilities.

Now, do bear in mind that this is still in a project phase, as mentioned below:

“The avatar skeleton changes introduced by Project Bento are not yet final because we want your feedback, either in theCreation Forum or in JIRA. To experience the changes, you’ll need to download the Project Viewer and upload any content using the new skeleton extensions to the Aditi Beta Test Grid (most regions on the Beta Test Grid will allow this; some may be in use for other testing and not yet have these updates). Once we have finalized the skeleton extensions, we will enable uploads using them to the main Second Life grid and the real fun can begin!”

So, if you can get involved, do! The more feedback that is received, the sooner this can be fine-tuned and launched.

I hope you all have a wonderful holiday, and I’ll see you next week!