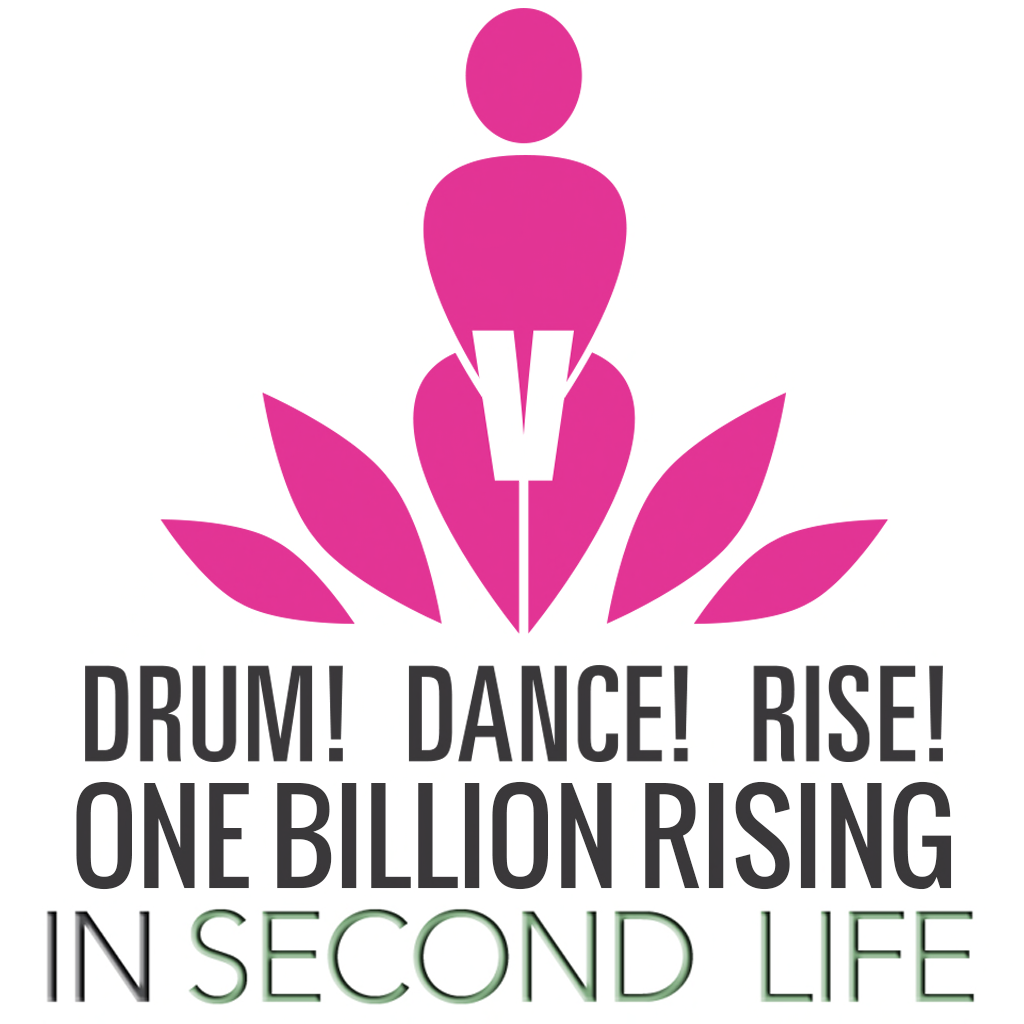 In January, I blogged about the annual One Billion Rising event that was coming to SL in February, and the time is nearly here! I am honored to be part of the press corp for this event, and will be invited to preview the sims tomorrow morning. I am looking forward to touring them.

Meanwhile, please plan on attending this meaningful and worthwhile event this Saturday! One Billion Rising in Second Life will run for twenty four hours – from midnight to midnight SLT on Saturday, February 14th.

The regions will open at 11pm SLT on February 13th to allow you to make your way to the event in good time for the opening. There are landing points on all fours regions. If it is difficult to get into one region, try another.

Here are the SLurls: (These are clickable links)

Here is a map of the event: 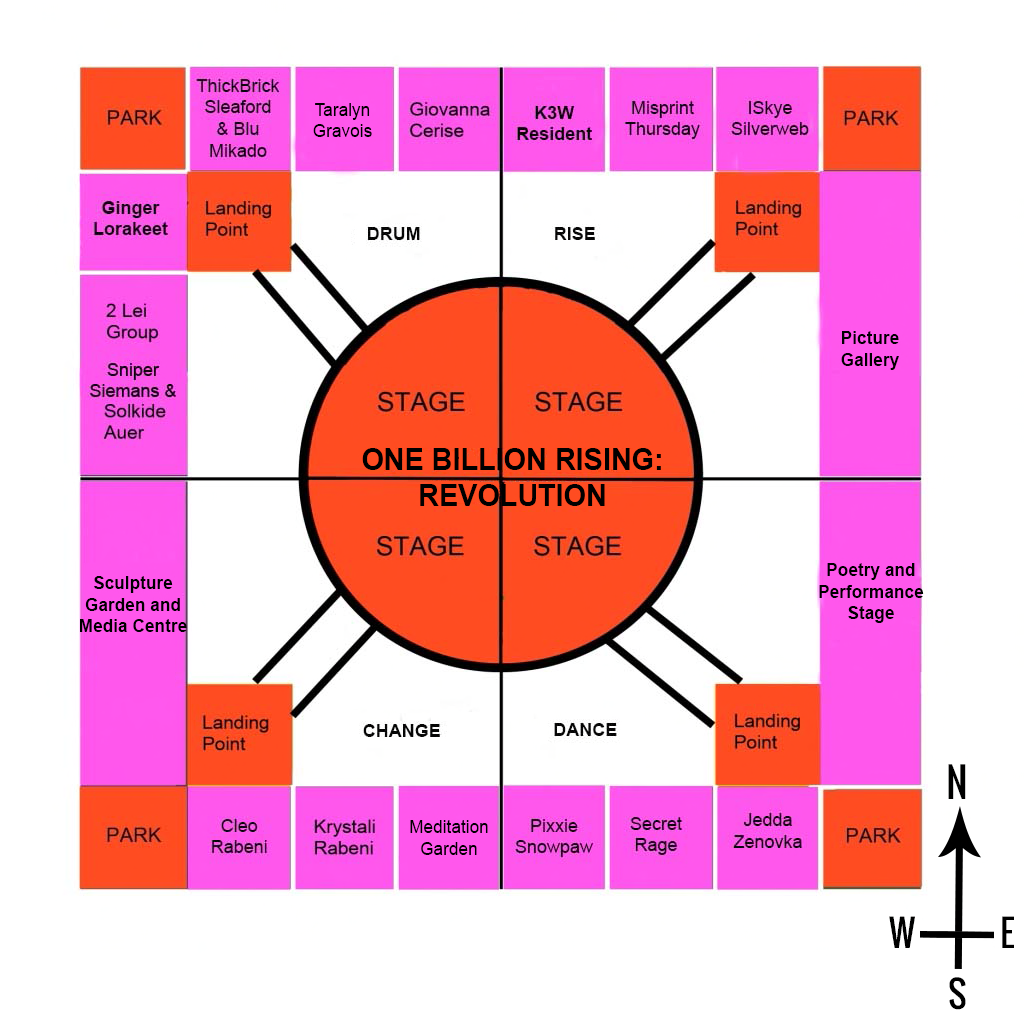 Map of the OBR regions

There is a central stage where there will be music and dance balls available throughout the day. In addition, there is a poetry and performance stage on OBR Dance, where there will be special dance performances, poetry readings and a poetry workshop. There will also be a media center in the Sculpture Garden on OBR Change where several TV and radio shows are being recorded and/or broadcast over the course of the weekend.

Check the event schedule page on the website to find out more. Click on the following link: One Billion Rising Event Schedule

The music will continue till 11:59 p.m. SLT. The regions will be open for a further 24 hours (until midnight on Sunday, February 15th) to allow people to explore the art installations at a quieter time.

What is One Billion Rising?
One Billion Rising began in RL as a call to action based on the staggering statistic that 1 in 3 women on the planet will be beaten or raped during her lifetime. With the world population at 7 billion, this adds up to more than one billion women and girls. This calls for a radical shift to end the global epidemic of abuse that women face worldwide.

With the tagline “Drum, Dance & Rise,” women, men and youth will plan, lead, and participate in actions, dance, political and artistic events, and rallies — or Risings — in hundreds of countries on (and around) the date of February 14th to highlight, spark, and mobilize artistic and community-based initiatives to bring in the new revolutionary world of equality, dignity, and freedom for all women and girls.

One Billion Rising in Second Life 2015
The Second Life event will feature a four-region stage where 200 people can come together to dance, surrounded by an area of art installations, an arena for poetry and dramatic productions, and informational exhibits. A variety of performers will play over the 24-hour period and poetry and dramatic events will be held at different times, enabling people all over the world to attend this virtual event no matter their timezone. The regions will have a General maturity rating to allow all residents an opportunity to participate. Pictures are welcome on the event’s Flickr group.

The objective of the event is to raise awareness, not to raise funds; however, information about real-world organizations will be available for those wishing to donate. If you’d like to join the group, search for OBR’s Second Life Group: One Billion Rising.

Here are some clickable links: 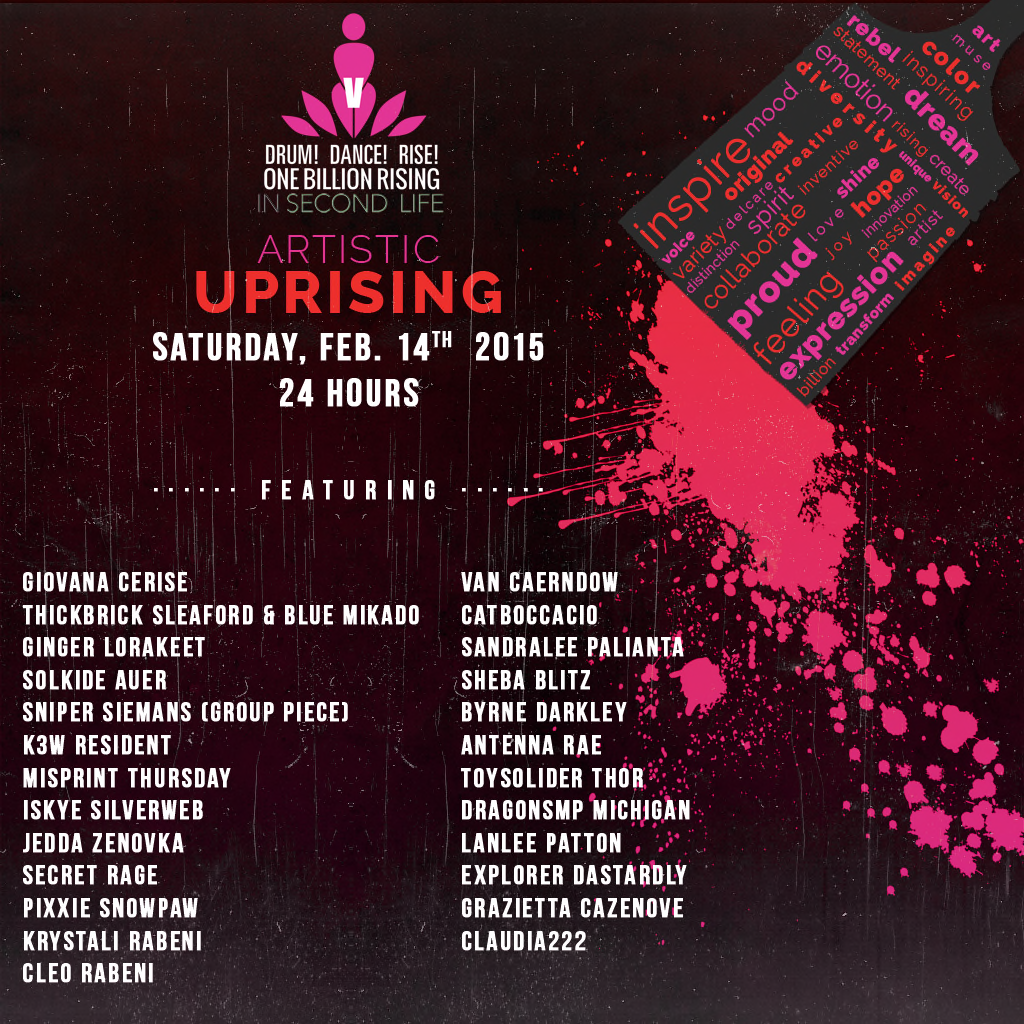 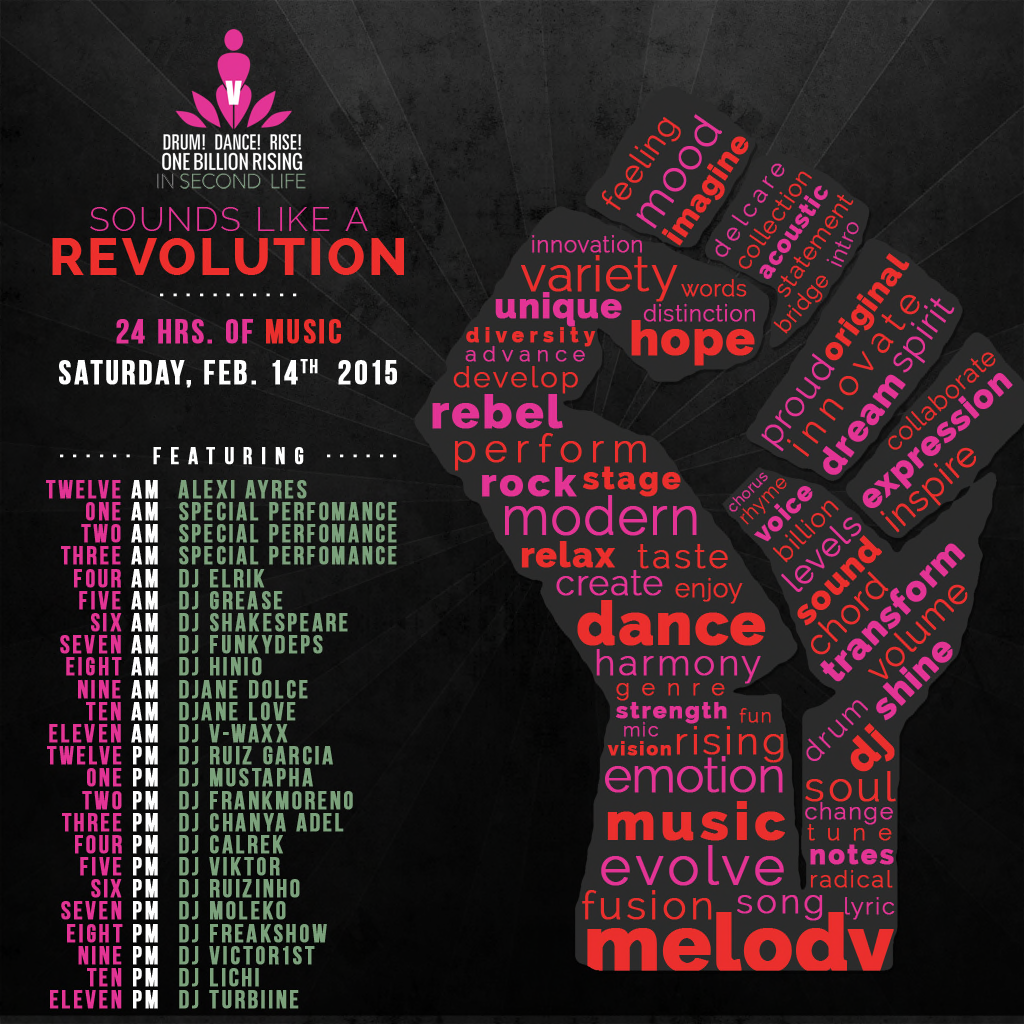 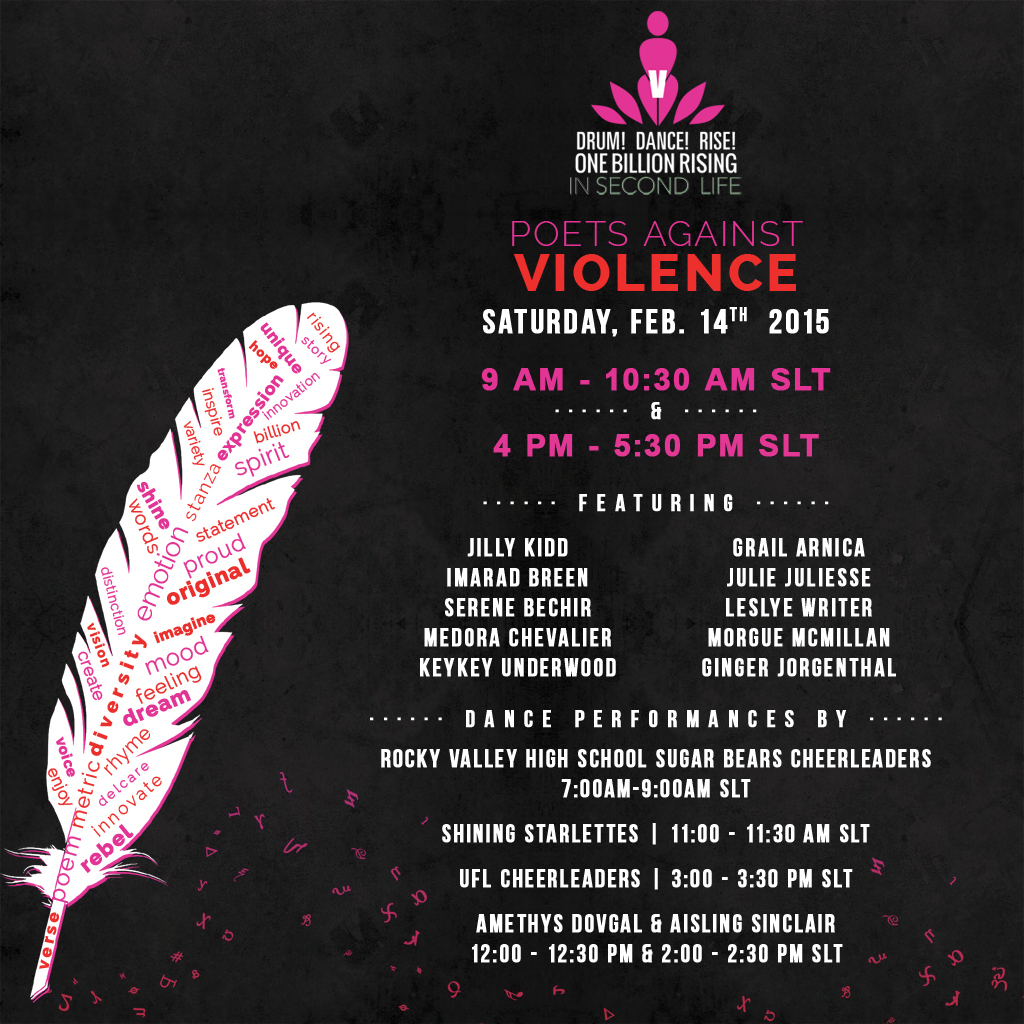 I hope you will come out and support this worthwhile cause. See you there!