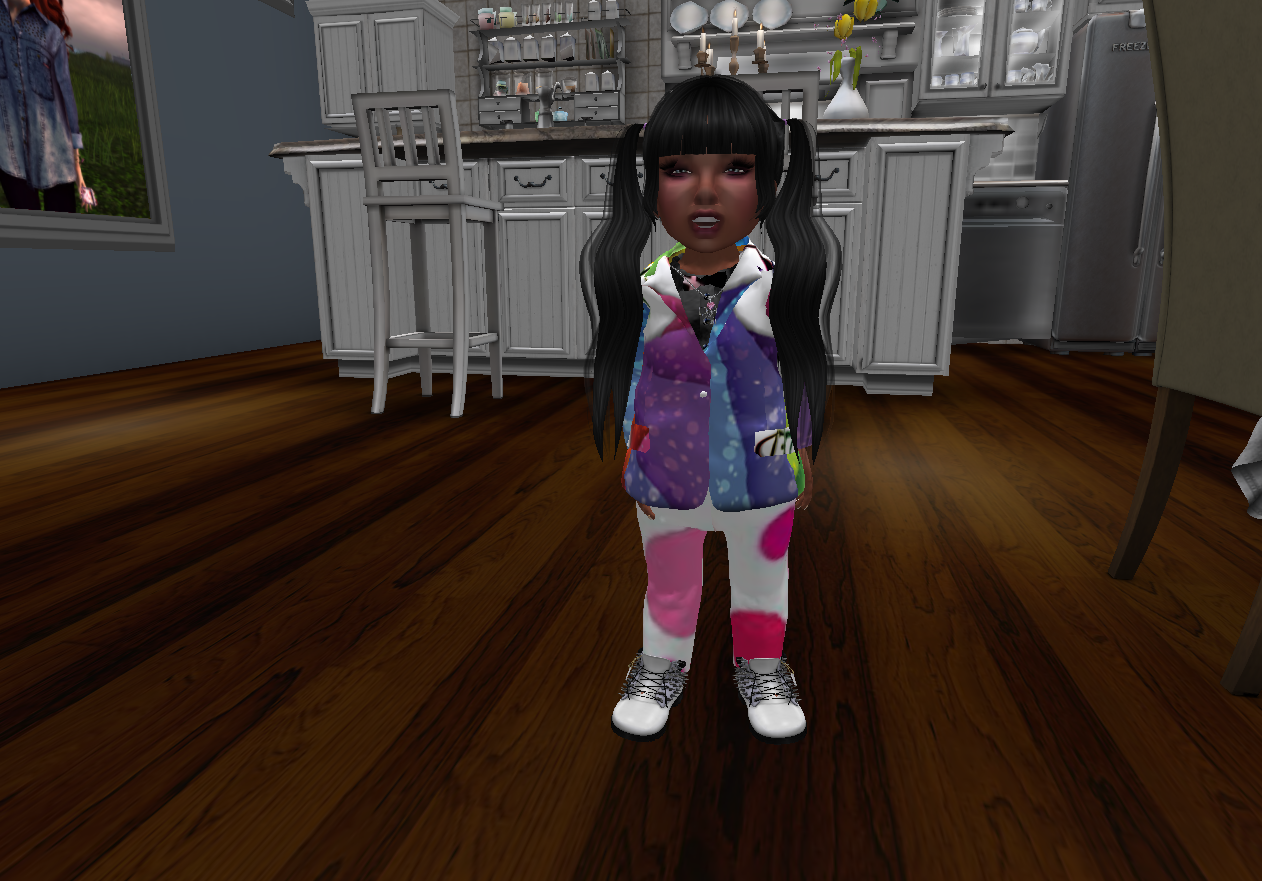 So, family roleplay (or, family RP) is a foreign concept to some. I decided to take a moment to discuss it, because demystifying it seems much more logical than accepting some of the stigma that surrounds it. I had just had another run-in with an individual that classified me as “mentally unstable” because I have kids that I’ve long adopted in Second Life.

Family RP is a bit different for each person. It can range from a passionate group (big or small) that roleplay as a family and never come out of character (OOC) to people that decide to designate their best friends as family members out of respect, but pretty much maintain a friendship type of relationship. What I’m not discussing are alternate “family” types such as clan RP, MC’s etc.
What each person gets out of it varies, but if it’s something you don’t understand, it’s more responsible to just ask that person constructive questions privately than berate them. Too often I see individuals that are extremely vocal about the decisions that others make. Rule of thumb: that’s just a pretty closed-minded way to go about life in general.

For me, I’m more of the middle-ground type of family RPer. I have two amazing daughters (one RP’s as an adult with her own kids, one RP’s as a child) and an adult son. Do I realize they are not biologically mine? Absolutely. I’m not out of touch with reality. But, I do have respect for them (and them for me) within this parent-child relationship. For me, it’s not limited to Second Life. When they deal with “real life” struggles, I’m often sought out outside of Second Life for venting and counsel. And, as organic as it can be, I’m their ear and shoulder in a way a parent should be.

It’s often a misconception that everyone who engages in family RP is just trying to fill a void. No, not everyone who adopts doesn’t have kids of their own. No, not everyone who chooses to be adopted lost their parents or had a horrible upbringing. It’s just an additional source of joy and belonging that is constantly rewarding and nurturing. I often relate it to people who date in Second Life but have “real life” partners; it doesn’t mean they’re unhappy outside of Second Life or trying to cheat around. It’s often an additional and healthy element that enhances their Second Life experience and builds genuine friendships.

I adopted two of my children from adoption agencies (Making Adoption Wishes Come True before it was sold to a new owner and Heritage Adoption Center). My son, I knew from a few years ago and we just bonded, so it made sense. It was a grueling process initially before I came across the daughters, because you have to fill out an extensive notecard outlining things about you and what you’re looking for as far as RP age, personality, availability etc. You then have to set up a panel that you load your notecard into, as well as a picture you want to use of yourself and your partner (if applicable). Then, begins the arduous process of reading the panels of the available kids/teens/adults and reaching out to them to let them know you’re interested (a lot of people fail to do this step, making it harder to find a match) then….eventually you get to go on a trial with someone you’ve matched with.

It takes ages, if you’re doing it right. I say this, because there are some people that will accept any child or family right away without really even asking questions. Those are the folks you want to avoid, because anyone looking for a quality long term relationship won’t just take the first “yes” they’re given without a thought. It’s not easy, and you have a lot of misfires before you manage to get that perfect child. But, eventually, you get it right, and it’s worth the stress and the wait. Just like real life.

I could go into a whole analysis of that process, but I won’t unless I’m bombarded with requests. However, what I’m trying to get at is that family RP is generally not done on a whim. It’s something that takes a lot of time and effort to start, build and nurture. As a mom in Second Life, I find my kids to be a source of inspiration every day and in everything that I do. Even the things I love to do creatively that have nothing to do with family RP (like design and building) end up being influenced by these three amazing people.

They’re people that, if I have the chance, I would love to visit outside of Second Life. I say this about most of the amazing people I come across in Second Life, because I’m always saying “dang, I wish they lived closer, they’d be amazing to spend time with”. They’re people that even my “real life” family are familiar with, because I speak so highly of them. They don’t think it’s odd, and understand why I get so much joy from it. 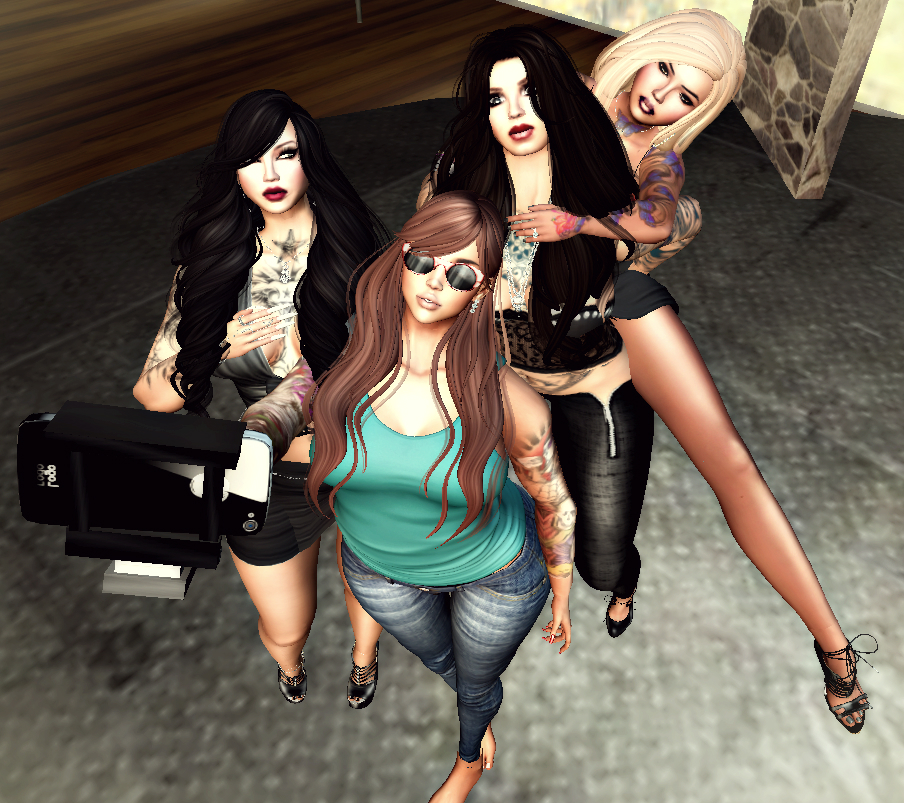 I have an amazing “twin” sister that I honestly feel like is my long lost “real life” sister. It extends far beyond Second Life. Same with my nieces and nephews and grandchildren. They are a big part of what makes Second Life so enjoyable for me. Long days and nights of games, outings, talks and laughter have all been so priceless.

So, before you judge someone for engaging in a lifestyle you can’t understand, just ask them. Ask them about their family, how they met and what they enjoy about family RP. Spend time around them sometime. It’s not everyone’s cup of tea, but it’s up to the individual to try to open their mind and broaden their horizons. And, at some point, most of us once said “I don’t understand it, I’d never do it” about family RP. And, at some point, we all realized what we were missing.