It’s a real pain when your computer locks up, freezes, crashes, or displays the dreaded “blue screen of death” with some cryptic error message. This sort of problem can be devilishly difficult to diagnose, because many things can cause a computer to crash. Here are seven common causes of computer crashes and some tips on how to deal with them… 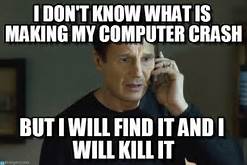 Why Do Computers Crash?

Often I’ll get people asking the question along the lines of ‘My computer is crashing, what should I do?’. As much as I’d like to help, that’s not enough information to diagnose the problem and suggest a solution.

A computer crash can take the form of a complete power down, an unexpected restart, the Blue Screen of Death, or a screen freeze. In some cases, just restarting the computer will get you going again. But chances are, you haven’t really solved the problem. Here are seven things that can cause your computer to crash:

HEAT: An overheated processor (CPU) will shut down without warning, to avoid damage. Heat can build up because a cooling fan is not working or is clogged with dust. Hard drives are also temperature sensitive, and I suspect that motherboards and RAM memory can become flaky when temperatures inside a desktop or laptop computer rise above normal

One of my computers used to experience random crashes every few months while using second life. I found that periodically opening the case and cleaning all the fans, heat sinks and components with a can of compressed air would solve the problem temporarily. Replacing the system fan (which was making loud buzzing noise) solved the problem. 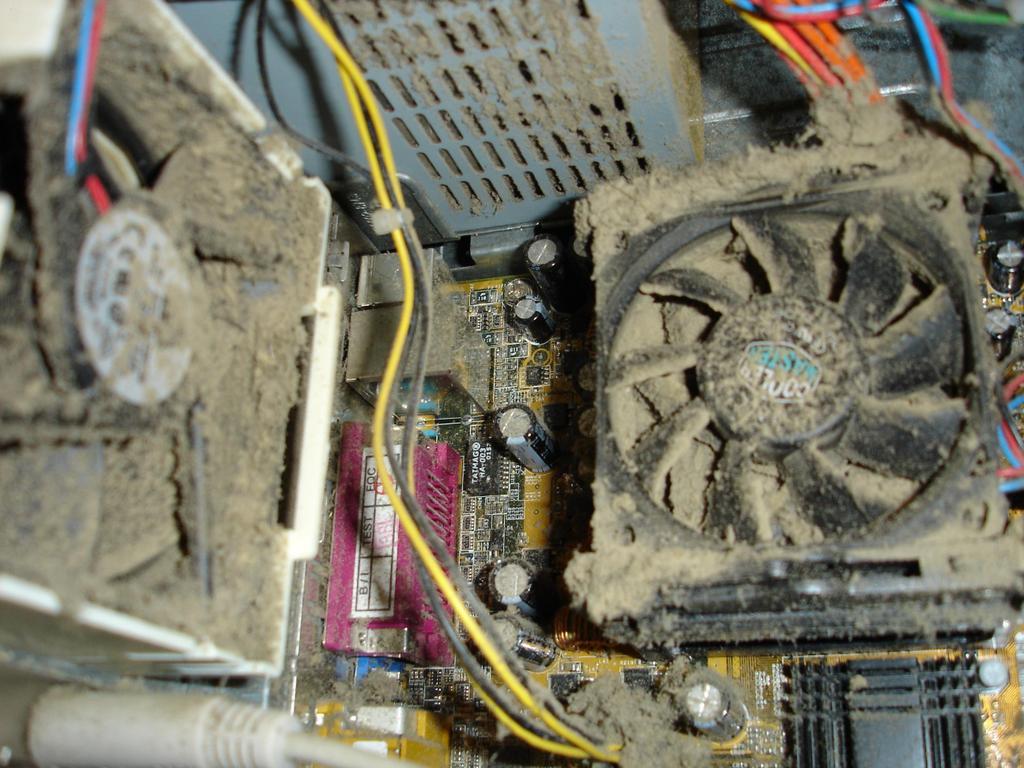 There are free utilities  that monitor temperatures within your computer and fan speeds; some will even let you control fan speed. A few months ago, my desktop PC would just lock up or shut down at seemingly random times. I used a free temperature monitor program to determine that my graphics adapter was overheating. When I opened the case, I found that it’s cooling fan had seized, and was partially melted! Fortunately, it was designed to send a “Warning, Danger!” signal to the motherboard, which prevented it from catching fire.

SOFTWARE ERRORS: If crashes occur only when you’re using a specific software application, that’s the first place to look for problems. Sometimes a software bug causes a crash when a certain operation is attempted. Check the software maker’s Web site for any updates that may fix your problem. It’s also a good idea to scan your computer to ensure that all your software is up to date with the latest security patches.

Occasionally, software may become corrupted or “scrambled;” that can cause crashes too. If software updates and a disk check (see below) don’t fix your problem, you may have to remove and then re-install the corrupted software.

HARD DRIVE ERRORS are yet another potential cause of computer crashes. A problem with your hard drive doesn’t necessarily mean that it needs to be replaced. There are a variety of factors that can cause files, folders, or partitions to become damaged or lost. Human error, malware, and poorly designed software are all possibilities.

A drive error may be a logical error in the Master File Table, or a defective sector on the disk itself. Windows has a built-in utility that will detect and fix logical errors, and mark bad sectors so they are not used to store data.

MALWARE: Viruses and other forms of malware often causes computer crashes; in fact, some malware is written to do just that. Running a full scan with one or more good anti-malware tools is a good thing to do when crashes occur at random. If you want to replace or supplement your existing anti-virus protection with free alternatives. MalWareBytes and Avast Free anti-virus are my best picks to take care of these issues.

DEVICE DRIVERS: Outdated device drivers and (GPU) drivers can cause crashes. I’ve heard reports where simply plugging a device into a USB port caused a system crash. Drivers usually work fine until you install a new operating system or a major update to an existing operating system, such as a Service Pack. If you start suffering crashes after an operating system change, updating the drivers for your printer, scanner, CD/DVD drive, external hard drive and other peripheral devices may solve the problem. The best place to look for new device drivers is the vendor’s website. Stay away from “driver update” websites and downloadable programs that offer to scan your system and supply new drivers.

FLAKY MEMORY: It’s rare for RAM memory to go bad, but that can be a cause of computer crashes. Sometimes a RAM chip with a “bad spot” will work fine, until a software program attempts to use that portion of memory. Memtest86+ is one of several utilities that can diagnose problems with RAM and other hardware that may be causing computer crashes.

FAILING POWER SUPPLY: Unexpected restarts can also be a sign of a failing power supply. When someone has tried everything else, and their computer is still glitching at seemingly random times, I often recommend a new power supply. Fortunately, power supplies are cheap and easy to replace yourself.

If your problem is software-related, there’s a free program called WhoCrashed that you can run after experiencing a system crash, unexpected shutdown/reset, or “blue screen of death” event. WhoCrashed which will analyze your Windows system log files, report on the most likely cause, and offer suggestions on how to fix the problem.