So as many of you with Second Life Facebook Accounts can see a sort of phenomena hit the timelines of residents across the grid.  It all started with an application that you can download and sin up for for people to post anonymous messages to you.

The application, Sarahah, can be downloaded via Google Play store or App Store.  While it opened a door of wonderful positive messages, constructive criticism and so many wonderful uplifting messages for many.  It became an instant internet troll sensation.  I saw some pretty gruesome posts going on all over, as many people were actually sharing the messages they had received, which of course is to be expected sadly anytime a sense of anonymity is ensured.  People get so tough behind a computer screen when they feel there are no consequences for said actions.  I saw things from just petty commentary to downright insane threats and violent commentary towards individuals.

I myself decided to give it a go as i have also seen some amazing acts of kindness and people just being sweet to one another…as you can see posted below – I must say some of the messages were extremely random.  Some absolutely made me laugh…even the one “mean” message I received was honestly just humorous to me as well.  I also posted one from my timeline that a friend had received that just seemed to restore my faith in the application itself for sure 🙂 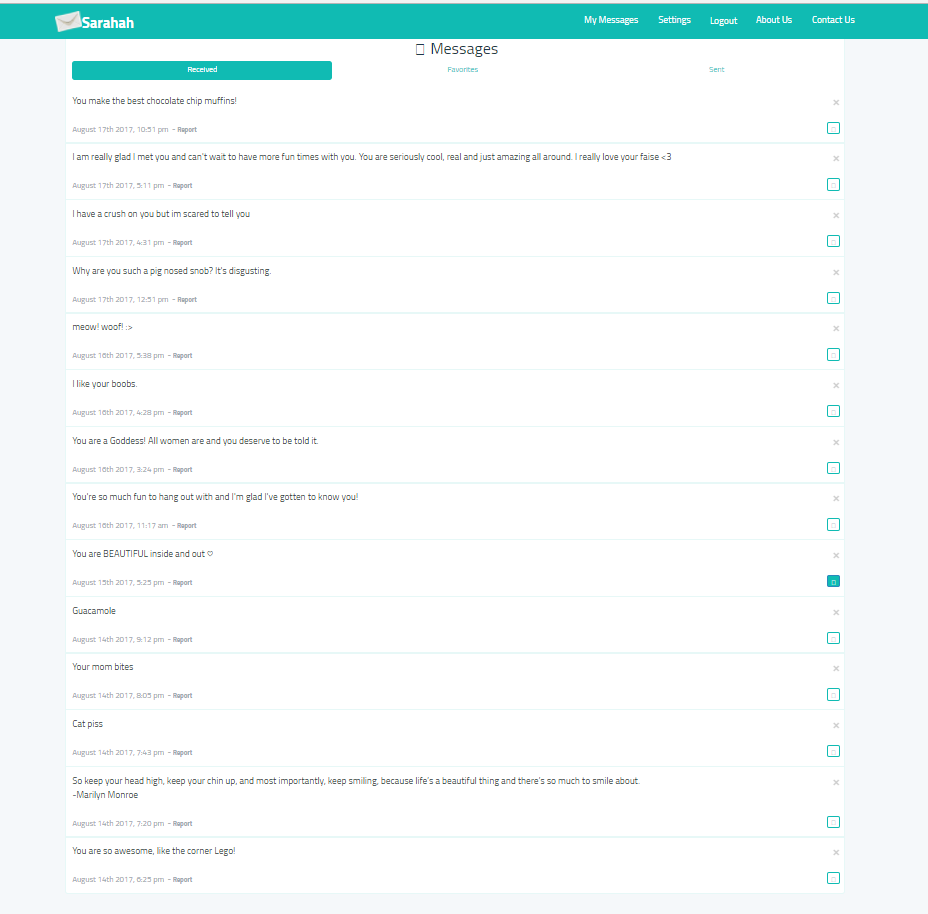 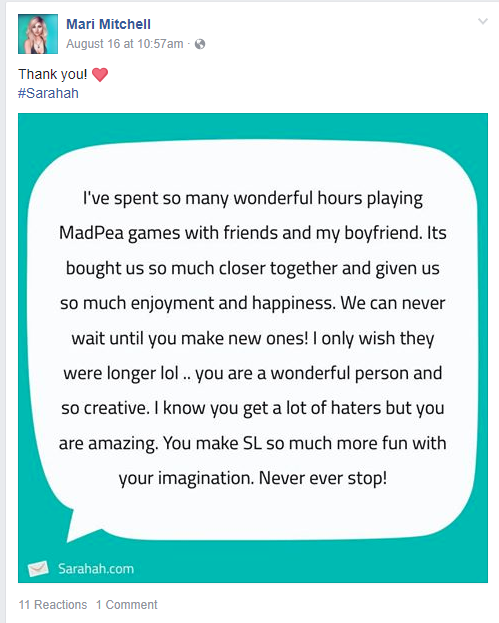 Honestly, I do not think when the makers of this Sarahah App released their program I don’t think they had in mind to use it as a tool for people to use as a way to online bully others. As the week unfolded it quickly turned into an all week SL Secrets bash event. We have also had a previous posting here at Zoha about SL Secrets, feel free to read the perspective of another writer.  It makes me sad – online bullying is awful, and can really impact a persons mood, you never know what a person is going through in their day to day lives, and many come to Second Life to have a break from those hardships.

Be positive, be happy, and really who cares what other people think of you.

Know there are always people in your life who do truly love and care for you regardless of what a few bad apples think or say.

Keep your head up SL!