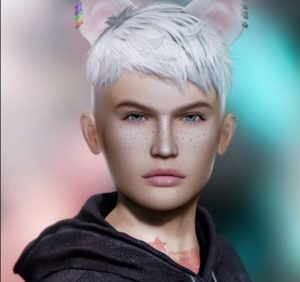 One of the most eagerly-awaited changes that is in the works – indeed, has been in the works for a long time (my last significant update on the subject was over a years ago!) is that of the “return of last names”.

During the Meet the Lindens event featuring Oz Linden, the Lab’s Senior Director, Second Life Engineering and April Linden, Systems Engineering Manager, Operations for Second Life, the subject inevitably came up, with Oz and April both explaining why the process of implementing  the capability is taking so long, and addressing questions on the subject (some of which have been asked in the past as well).

The first thing to point out, although it has been stated in the past, is that this capability is not just about avatar LAST names – it includes the ability for users to continue to select their own first name – and to be able to change both that name and their last name as they wish (and according to their willingness to pay whatever fee will be applied to the service.

But why is it taking so long to implement? In March 2018, Oz indicated the Lab hoped to have the feature ready by the end of that year – and we’re already six months beyond that.

Well, the answer is – as with a lot of things within Second Life – pretty complicated, and goes to the very heart of how the platform and its systems were originally created and have been seen throughout their lifespan, as Oz explained:

[Bringing back] Last names would have been pretty easy. In fact, we still do last names; it’s just that we give everyone the same last name … The hard part is allowing you to change your name …  Every part of Second Life, absolutely everything, was built with the assumption that your name can never change. And that means that lots of things that can be treated as cached, and [that] the cache never needs to be cleaned-up and updated [now have to change], and we have to go back and find that assumption everywhere in Second Life; and that’s a lot of code…

You would have thought it was based on a [avatar] key, but it wasn’t always, and the trick is that while maybe it was not maybe the best way to be doing it – to be saving names in different places – it always worked, because names could never change. 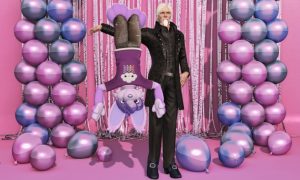 Oz and April went on to note that this work is still going on, but is taking a lot longer than have been anticipated. It is also something that is complicated as it means that all these points were the avatar’s name may be used and / or cached, now not only must have the “name never changes” assumption removed – they actually have to each be hooked up to some mechanism that can track name changes (e.g. through association with the avatar key) to make sure the correct name is always surfaced where it is seen by users.

Oz also went over some ground previously covered about the name avatar naming options, and which may well be familiar to many, but are again given here for completeness and for those who may not have followed that project closely:

The event also saw a number of questions asked on last names. These are again summarized bellow and answers are supplied in the audio file (with questions relayed by Patch Linden): 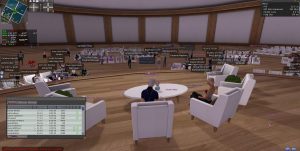 For those who prefer to listen to Oz and April’s comments as given directly during their Meet the Linden session, they can be found on the SL4live TV recording of the event at the following time stamps: