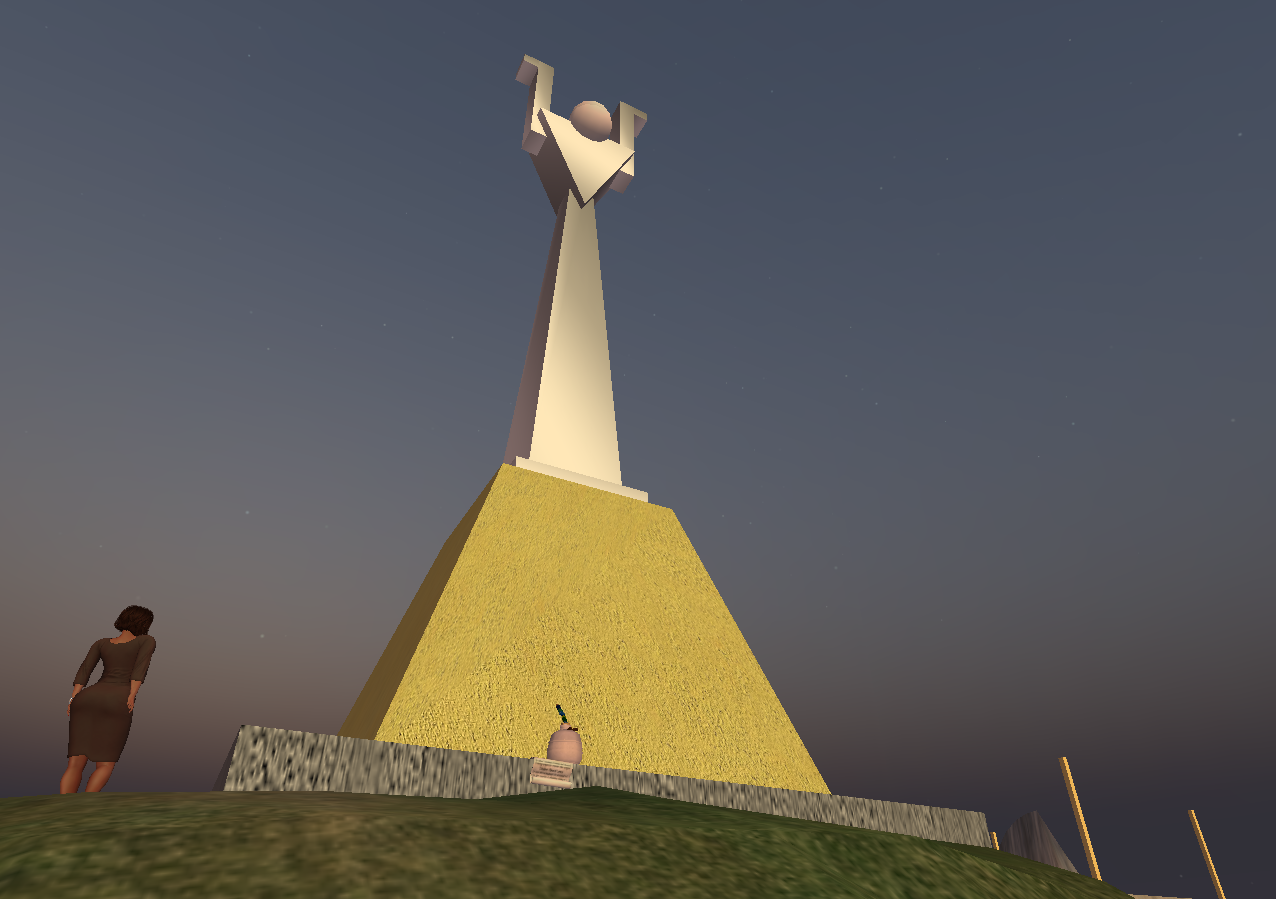 Something I find incredibly fascinating about Second Life is its history. There are a lot of neat gems that people generally don’t know about because they’re not mainstream or in the forefront. One perfect example is “The Man” statue, which by happenstance is the oldest original created item still able to be seen in Second Life.

oldjohn Linden, who was a content developer for Linden Labs, created this statue back in 2002 when Second Life was still in its Alpha stage (and thus called Linden World). Linden Labs wanted to see whether or not a “cityscape” style build would be feasible with the rendering engines, and created the general build on Natoma. Natoma existed well before anyone who wasn’t an employee was able to log into Second Life (and was unofficially dubbed “Linden Town” by many). 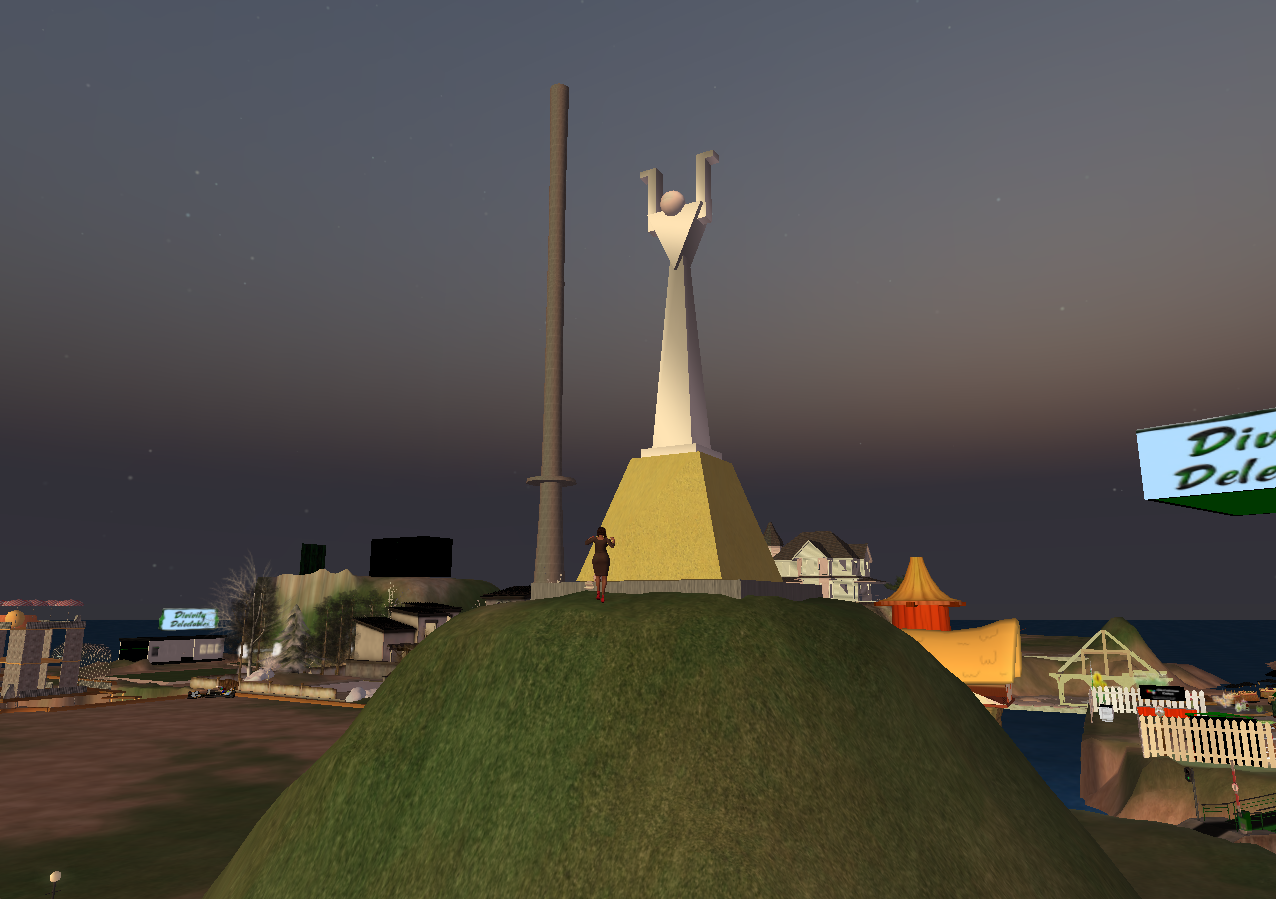 The town was basic- park-like, empty buildings, low detailed textures. But there was a stately statue behind it’s City Hall that stood out the most that was later called, “The Man”. Eventually this town had to be deleted before the Beta version to make way for a Welcome Area, but rumor has it that this statue, perched atop its tall hill, was unable to be deleted by a mere technical loophole. So, while the rest of the town was erased from existence, The Man still stood tall as it was scooted onto a tall hill.

The Man does stand as the oldest original build, but one other old original Linden build does still exist on Natoma: Arch’D Linden Grande. But, by far, this statue takes the cake for having an amazing presence to match its amazing history and endurance. Natoma does also boast the “more modern” Ivory Tower Of Primitives, which was created in Natoma in 2004 and is an amazing example of an amazing build before mesh even existed. It boasts a library and tutorials that are absolutely an amazing experience to partake in. 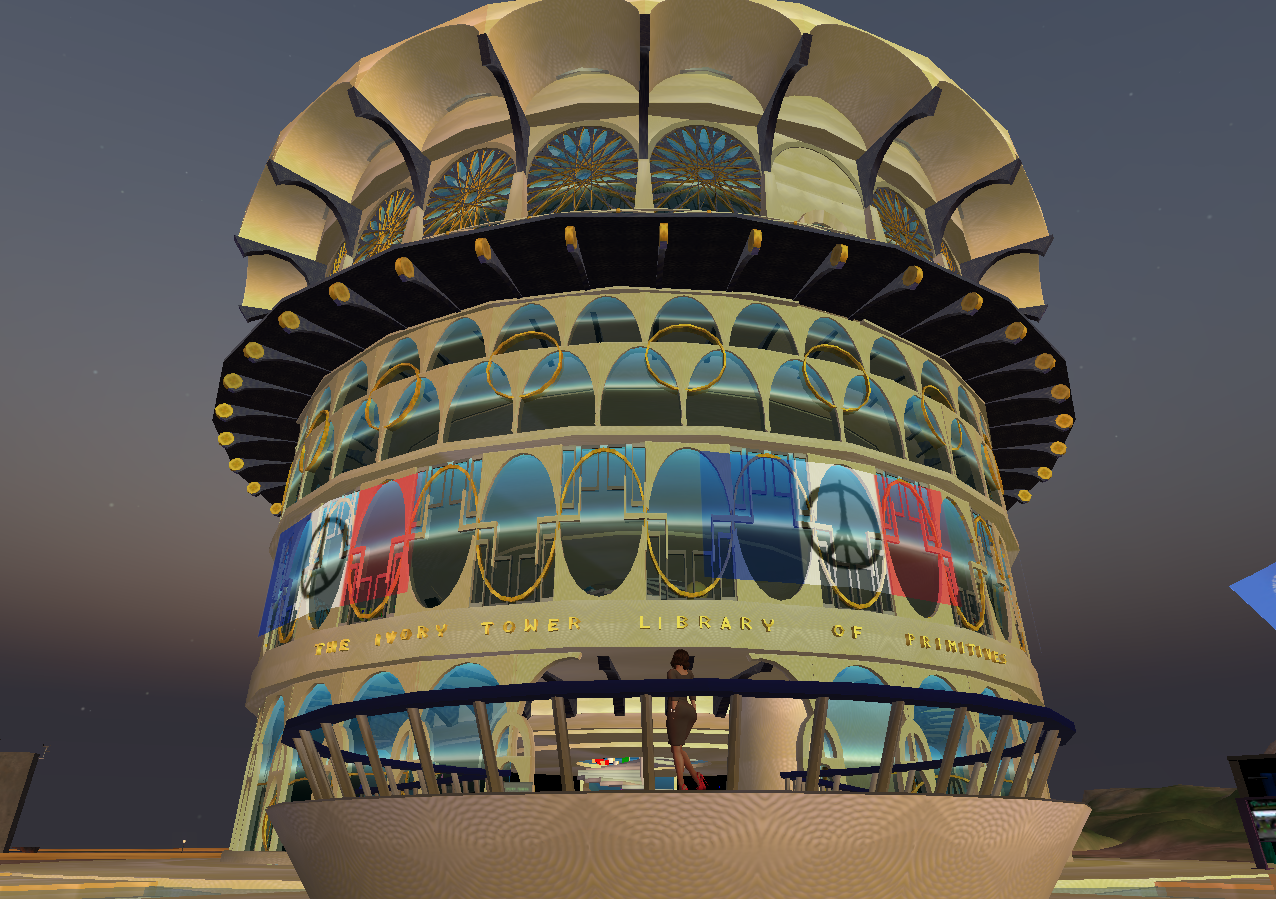 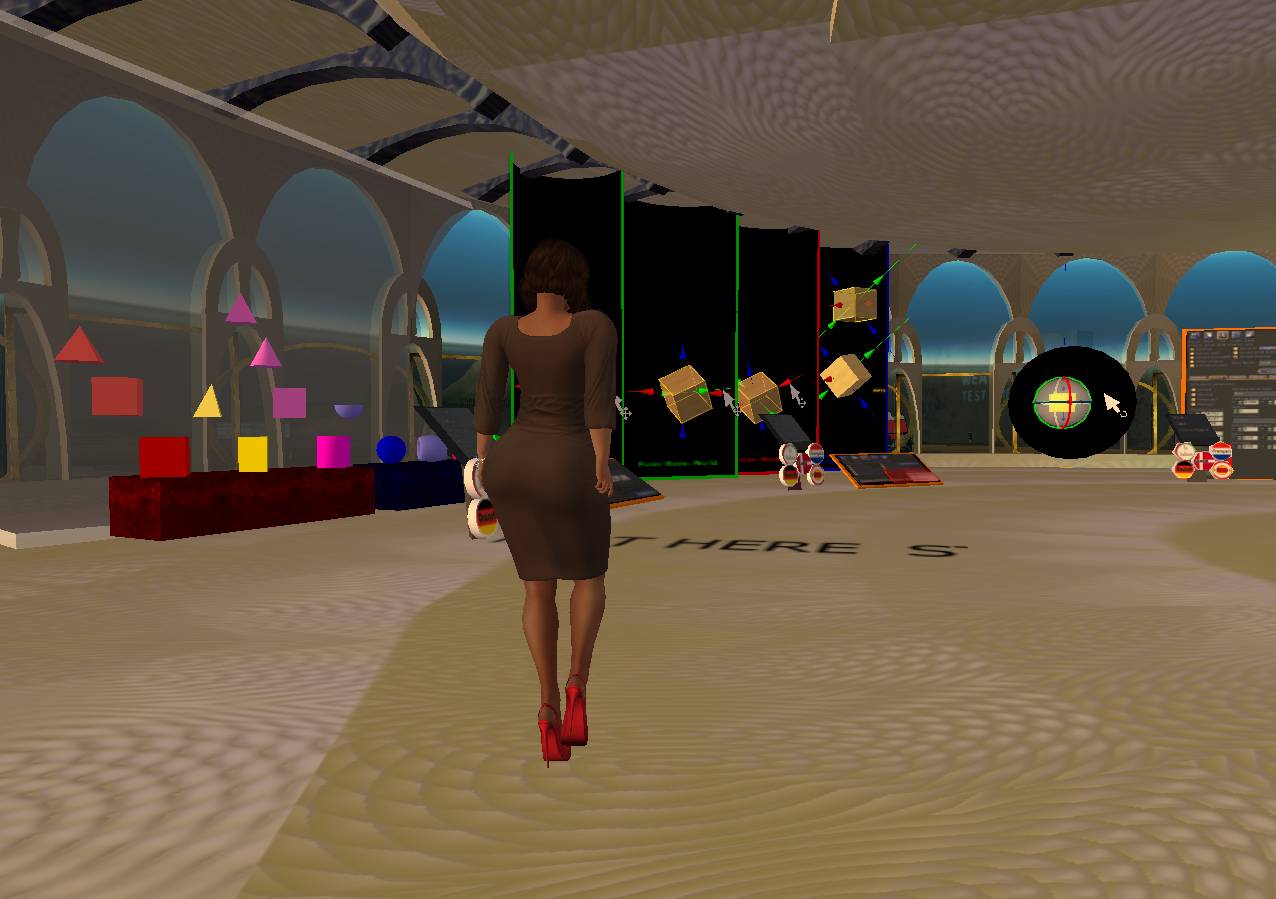