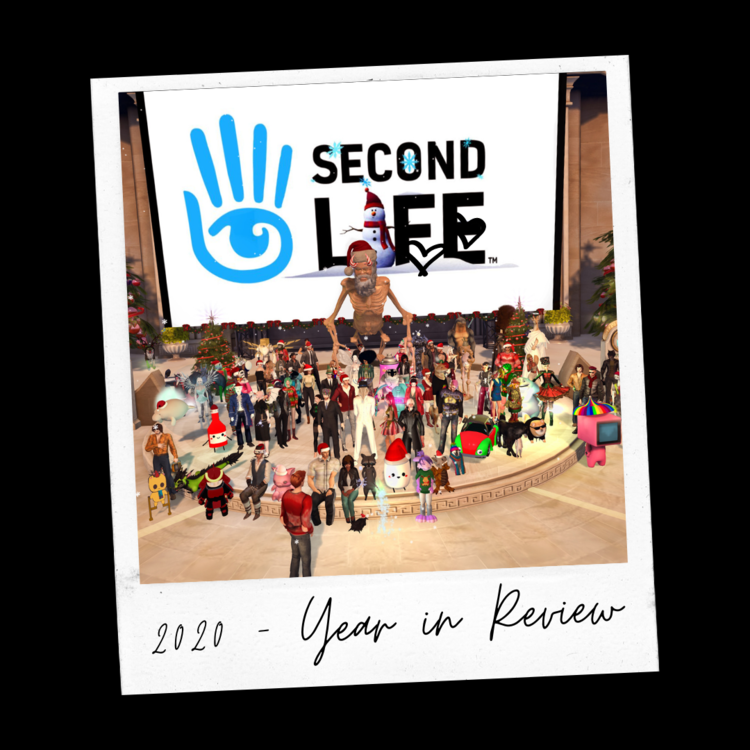 2020 has been an eventful year that none of us will soon forget. The global pandemic has impacted all of us deeply and it has also caused many people and organizations to develop a new appreciation for how virtual worlds can bring people together for comfort, connections, entertainment, joy, inspiration, and even income.

As the pandemic grew rapidly, so too did Second Life. At the initial onset of the lockdowns, Second Life saw about a 60% increase in new user registrations compared to the same time in the previous year and there has since been sustained growth in both concurrency and economic activity.

We remain as committed as ever to making Second Life the best it can be – and 2020 saw several significant improvements and feature additions that we are particularly proud of.

MIGRATION TO THE CLOUD

It has been a monumental task to move Second Life to the cloud, but we are thrilled to report that this important milestone has been reached as the year ends. All of the interconnected services and databases that collectively provide you with Second Life have been migrated to Amazon’s cloud servers (it’s possible that a couple of relatively minor features will require a bit more work, but if so, we’re doing our best to have them operational by the New Year).

The “uplift” to the cloud has already paid dividends in better simulator performance and much improved our ability to diagnose problems and scale our systems. We have only just begun to exploit other advantages of our new platform: the move sets the stage for further substantial improvements.

We truly appreciate your patience during the last few weeks as we worked furiously to finish the last portion of this migration.

More advanced and dynamic environments debuted in 2020 with the release of the Environment Enhancement Project (EEP). The new features allow Residents to create, customize, and share environment objects that enable dynamically-changing environments that can be controlled at the parcel level including up to four different, independently controlled sky layers. It further advances the shared experience aspect of our world, and has been an amazing creative outlet already!

After being gone for almost a decade, “last names” in Second Life were made available once again in 2020. This means that Residents can now opt to change their name and share the same last name to communicate family or community ties and/or friendships with others in Second Life. We’re pleased as pie with how well-received this has been: a lot of work had to happen on the back end to make name changes possible, so it’s rewarding to know that over twelve thousand Residents have chosen to take advantage of it!

Our popular Linden Home offerings continued to roll out in 2020. As the year began, we had just launched an all-new Victorian theme and then subsequently introduced additional stilt and log home options. Expect even more in 2021 as our Moles are actively at work on multiple new offerings including Chalet Homes (which were previewed at the Christmas Expo earlier this month).

In the past year, the company has made some incremental improvements to the Viewer to support streaming into SL via Chrome Embedded Framework (CEF) so that it is easy to bring “live” video streaming content into Second Life (such as live YouTube streams). We’ve already seen several high-profile events use live video for world premiere screenings and movie events.

We also continued to improve Second Life with additional performance enhancements and features, including significant improvements to region crossings, Marketplace, Events, transaction emails, and the ongoing development of the Second Life Viewer.

Our Marketing team has also been working hard to maintain the momentum with increased media coverage, improved advertising campaigns and more active social media engagement. You can see their own year-end report in a separate blog post.

As we (thankfully) bid adieu to 2020, we wish everyone a safe and happy holiday and a safe and joyous new year. More than ever, it is important that we remember to treat each other with respect and kindness in both the physical and virtual worlds.

From all of us at Zoha Islands – Fruit Islands -Eden