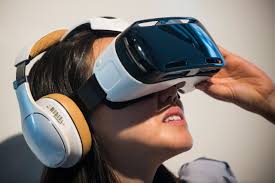 Happy 2017 everyone! In spirit of a new year bringing us all a fresh start, I’m going to share my 3 predictions that will impact our beautiful, virtual space.

Disclaimer: My views are my own and not that of ZoHa Islands.

1: The Year Of Bento Will Rage On

Bento was finally released late in 2016, which caused people to clamor (mainly) for Bento-friendly mesh heads. We’ve only scraped the tip of the iceberg, folks. This is going to cause an influx of progressive creations (much like how Vista was already on top of their game with Bento-friendly mesh hands) that will test the full potential of our new rig points. I also think this will lead to mesh clothing creators dabbling more in animated clothing…..skirts that flow more especially. It’s going to bust open a lot of doors creatively that will have our best and brightest pushing the envelope yet again.

2: Project Sansar Will Be Anti-Climatic

Listen, Project Sansar is an amazing concept, but last year people were legitimately panicking about it causing the eventual demise of Second Life. For what it is and is expected to be, this should be one of the most hyped-up VR experiences out there. Hell, I’ve already pre-ordered games that aren’t due out for a few more months because they were hyped up just right. But that’s the thing: it’s like they haven’t really bother to whet people’s appetites OUTSIDE of those who are already invested in Second Life. They’re pulling in Second Life creators to help generate things and having Second Life users beta test, but if we weren’t in Second Life what are the odds we would have even known this was coming out? From my perspective it’s been a marketing fail, especially since they’re mainly focusing on leveraging Second Life users to be able to get the word out that it’s coming. To anyone not already in our little universe it’s a “virtual” unknown, spare some folks that are always on the lookout for such things.

Originally it was stated that Sansar would have an early 2017 release, but I can’t see that happening. Maybe they have more to work on than anticipated and they’re keeping it low key until they know it’s solid or maybe it’s a genuine oversight. But pandering to the pre-existing Second Life community doesn’t even make sense, especially if the goal is to branch out and reel some fresh blood in.

It also doesn’t help that Oculus Rift was heavily promoted as the go-to equipment for this upcoming experience and then Oculus released the headset for far more than they had been advertising prior to. So, they’re banking on existing Second Life people to want to also invest in Sansar, but it’s incorporating equipment that is likely outside of a price point that the average user is going to be willing to spend to be on board. With the backlash of people that did not want to be involved because they felt Sansar would be lecherous, the likelihood of Second Life users “jumping ship” is super slim, and the monthly fee may deter most. So, unless these guys intend to ramp up the advertising and make Sansar known more to the general public ahead of time, it’s going to have a sluggish start.

LL surprised many of us with the server upgrades (and eventual prim increases) which was closely followed by the full release of Bento. The doomsayers could rejoice, as this was a clear indication of them still investing in Second Life (whereas last year it was “so certain” that Second Life would crumble. But the reality is that if Sansar flops, they’re going to be hurting to ensure that Second Life is still supported well enough to generate the income that it has been. Some might see the improvements as a protective measure, but it’s smart investing. Second Life has a large following still and has the potential to draw new people in every day. They’re far from barely generating income for LL. In a sense, without Second Life, LL would be hard pressed to survive the Sansar experiment without that safety net (should it not do well).

What do you think 2017 will bring for our virtual space?