This Halloween, explore The Crone in Second Life, a puzzle-solving game with multiple jump scares to get you into the spooky spirit!

“I have done it again,” says Second Life veteran and self-described polymath of creation, Loki Eliot, with utmost confidence.

And that self-confidence is warranted indeed: just in time for Halloween weekend, Loki has opened “The Crone”, an utterly scary and truly immersive puzzle game, on his home island of Escapades.

For a nominal fee of L$100, the player becomes an investigative reporter, searching an abandoned cabin for clues to find missing townspeople … and the horror begins to seep in quickly: a dark and vast labyrinth of underground mines has to be explored, with only a torch as aid … or weapon against a ghastly occupant perhaps?

Beware of the crone wandering the cave system, guarding what can only be described as the most horrible secret Second Life Residents might be able to imagine … but if you or your fellow explorers should find it: do not spill the beans before the big day of October 31st … or the crone might be none too pleased!

Will Loki Eliot stop working his imaginative magic in Second Life anytime soon? A legitimate question, as he is often seen wandering other worlds, not unlike the protagonist of his current game. Fear not, he says, because SL is very special to him indeed: “People are still finding new ways to do things because there are so many options in SL and I’ve been here for over 15 years and I still don’t know all the options. You can still do really cool stuff!”

Teleport over today and try your luck against the crone. 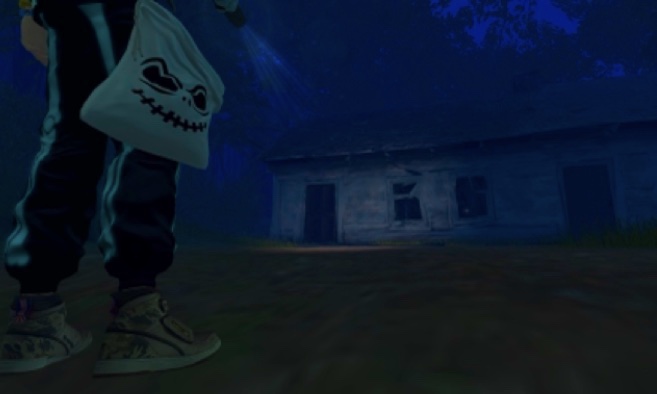 The Crone – A Short Horror Game

Local kids tell of an old lady who lures children to her cottage never to be seen again. Dare you venture into the dark woods to investigate whether there is truth to the tales? WARNING: This a creepy game with simple puzzle solving and occasional jump scares. A Game Pass costs L$100 to play, which is a single payment and you can play again and again. The game length is approximately 20 minutes. This is a part of Loki Escapades Experiences.