The October 2018 Windows 10 Update (to version 1809) is rolling out now. Should you grab it, wait for it, or dodge it as long as possible? Here’s what you need to know… Whats this have to do with your Second Life Experience? Well as I always point out if your machine is not running up to date then YOU WILL have issues with second life viewer!

Should You Postpone the October Windows 10 Update? 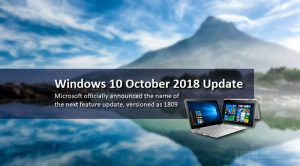 It seems like we return to this question about every six months. That’s because we do face two annual major updates to Windows 10. These major updates are different from the monthly Patch Tuesday bug fixes and security patches.

Major updates add features to an already complex piece of software. They also update the list of hardware platforms that Windows 10 will run on. You didn’t really think that 20-year-old PC sporting a Pentium-III processor was going to last forever, did you?

One thing that never changes is the price spectrum of hardware. For just under $500 you can have a machine that runs Windows, barely; it will be a serviceable but painfully slow ride. Between $501 and $1000 is the “respectable” neighborhood. $1001 to $2000 will get you envious looks. Anything over $2000 and you’re either a hardcore gamer or an Apple fan.

It’s funny how that works out every time, isn’t it? But no so much when you consider how closely Microsoft works with Intel, AMD, and the major PC OEMs.Another thing that never changes is the “early reports of problems when the latest update is installed.” Yes, twice a year the folks who get the major update earliest run an increased risk of data loss or system failure, the kind that only a full backup can repair. That leads to the question, “Should I grab the update now or wait until the bugs are ironed out?”

An article in ZDNet warns that some users have experienced the loss of documents, photos and music after being updated to Windows 10 version 1809. It also advises that you should abort the update if you get a warning about Intel drivers.

Microsoft is trying hard to make that choice for you, by rolling out the latest updates in stages that may span two or three months. At each stage, the company collects feedback and fixes bugs before rolling out the next stage. The most modern hardware gets the updates first, while older, more fragile systems get it last. So if you have an old machine that is compatible with the latest Windows version, your safest bet is to wait for the update to come to you via Windows Update.

What’s in the October Windows 10 Update? 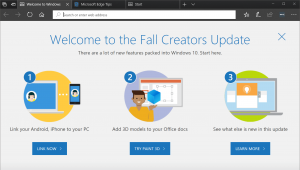 If you see something in the list of new features that you just cannot wait a few weeks to have, you can get it now simply by running Windows Update and telling it to check for updates.

Hmmm, there’s the “Your Phone” app, which gives you “instant access to your Android’s most recent photos on your PC,” and the ability to tweak the settings for your “wireless projection experience.” They tossed in some security and registry editor improvements, and some stuff for business customers. Personally, I am not in dire need of any of the new features; they are “nice to have” but not “must have right now” features for me.

Some people do manual updates to control when Windows installs a major update. One’s system is always unusable for a significant amount of time during an update, and that drives some people crazy. Microsoft has made meaningful strides in reducing update downtime, cutting it by 31% versus the April update, the company says. But if you want the update now instead of when you are doing something important, then check for updates via Windows Update.

Even the automatic update is less likely to interrupt your work this time. Machine learning enables Windows to better recognize patterns in your use of your PC, and choose a time slot in which to update when it will be least intrusive.

Windows S and Windows Home edition users cannot postpone installation of feature updates. If you have the Pro or Enterprise edition, you can postpone such updates for up to six months by configuring the delay in Windows Update.

So those are your options. As for me, I intend to just let nature (and Windows) take their own courses. I’ve got multiple redundant backups, do you?