Taking Flight Across the Virtual World

Zoha Islands and Fruit Islands offer a perfect place to fly and sail in our 220 sim community. So pop on over to one of our 4 airports or one of our many sailing harbors. You can Sail in one of the many Regattas and fly in one of our up coming pylon air races.  Main harbor office for Fruit Islands , Main Airport

The latest edition of Made in Second Life, narrated by longtime Resident Marianne McCann, explores the many aviation communities taking flight across SL.

“I have a strong fondness for SL aviation and flying in Second Life,” says McCann. “I think the really fascinating thing about Second Life is that the people who created it and continue to run it may not necessarily have been able to foresee every possibility that Second Life has unlocked for people. It’s become something so much greater than what may have been envisioned.”

Interest in aviation has grown organically over the years, and McCann credits many of the pioneers who made key contributions to the evolution of flight across the grid.

“Garth FairChang made some of the first airplanes with the idea of traveling from the telehubs…and then that led to Cubey Terra – a great pioneer in SL aviation,” she says.

Getting started isn’t difficult, but it helps to join a community or group of existing virtual world aviation enthusiasts.

“The easiest way to fly even without a plane in Second Life is to join a group called Passengers of SL created by Laben Core,” says McCann. “You’ll find pilots there who want to ferry people around just for the fun of having passengers in their plane. They’ll go from Second Life airport to airport. You’ll also find that there’s a lot of demo rezzers in the various aviation stores that are out there where you can take one of their planes out on a free ride.”

While there are plenty of free rides to be had, there are also several options for those who are willing to splurge.

“If you are going to buy a plane then it is going to cost you a bit of money so if you want to get a decent helicopter (like one from Shergood Aviation) you’re gonna lay out about L$5,000,” says McCann. “For that, you’ll have working dashboards on them so you can get the complete feeling of traveling by your instruments with a lot of mesh detailing.”

Another option is a special Marianne McCann limited-edition version of the Sopwith Camel WarBug biplane made by Arduenn Schwartzman.

Not all flights need to be conventional. Some modes of travel are designed more for humor and fun than aerodynamic efficiency.

“With Second Life, you can fly around in a paper airplane,” says McCann. “Perhaps, even a bacon sandwich [that] you could take to the air?”

So, where’s the aviation action?

“Flying in SL really focuses on the Mainland thanks to the large landmass. Most of the airports are actually located on the Mainland and most of the flying goes on there because you can go for great distances,” she says.

Some aviation communities even specialize in story-based play and/or situational exercises such as search-and-rescue. “There’s a lot of roleplaying that happens in SL aviation,” says McCann. “Things like the SL Coast Guard where people will stage accidents to fly out and rescue people.”

The SL Coast Guard has over 150 members who train daily in sophisticated roleplay scenarios, involving safety training. Many members are first responders in the physical world as well.

“You’ll even find people that will take out large air tankers that are used for refueling in the air and they’ll do refueling for combat missions,” she adds.

Ready to get started? Whether you are flying in a conventional plane or a bacon sandwich, you’ll find plenty of places to explore in the Airplanes category in the Destination Guide. 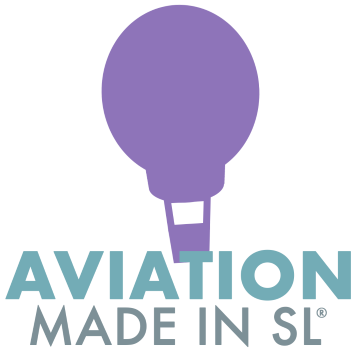