As She Celebrates 15 Years in Second Life, Avatar Influencer Strawberry Singh Discusses the Tedium of Creator Credits & Ways to Bring Back the Fun Strawberry Singh, who became the SL community’s top social media influencer and then went on to work for Linden Lab in 2019, has a new post celebrating her 15 years in the virtual world. It includes a surprising confession — she almost quit SL entirely, mainly due to the tedium of posting credits to her avatar fashion reviews:

I had been feeling like the creative light Second Life had always been for me was diminishing because I was getting bogged down with doing mesh head reviews. I have to be honest with you, I absolutely hated doing those videos. I had come to a point where I loathed all the time I was putting into reviewing things and sharing style credits and not being able to just be more creative and have the time to do fun things in Second Life.

“Writing out style credits for every single item I was wearing in each post was a lot of work back then,” she tells me. “I had so many blogs just saved as drafts at a time and I couldn’t publish them until I took at least 30 minutes to sit there and write out all the style credits. It was time-consuming, exhausting, and not fun at all.” (She hastens to add that she’s still glad she made those reviews: “[A]s much as I was tired of it at the end, I know how important those videos were and many people have reached out to me and said that they learned a lot from [them].”)

This is actually a common theme in SL social media, and a recurring complaint that comes up when Cajsa writes about Second Life fashion blogs — either the creator credits are non-existent, incomplete, or not informative enough for readers to know where they might buy those listen items. It’s the blessing and curse of a virtual world where everything is user-generated: If you’re really trying to give credits to every creator whose work is depicted in a screenshot, it’s a painstaking process where you will need to credit the creator of everything in view, up to and including the literal sky.

That to one side, Strawberry has ideas for how the community could inject more fun into the social media ecosystem of SL:

“I’d love to see more people get into creating videos. Either adding them to their blog posts or just sharing them on socials. Our avatars are beautiful and the animations available are just incredible too so to capture that on video, it looks amazing.” (See her Instagram video above for inspiration.)

“It’s why I did the OBS Tutorial again recently, because people kept asking me how to create videos. I hope it gets more people into doing that. Exploring and recording different destinations or making videos of their avatars dancing, and including their friends, etc. It will make their whole blogging experience more fun.”

As for a less tedious way of creating credit lists, Berry believes there’s a HUD which may do that, but forgot the production information. In other words, it’s difficult for us to credit the creator of a credit creator.

I actually think this might be something Linden Lab could better solve: As all this data already exists on the asset database, wouldn’t it be relatively easy to add a function which generates a list of all the creators associated with an avatar, including attachments and their current location on?

Update, 4:45pm PT: Berry just recalled there’s an output function for your outfit details, at least — in the official viewer. Watch below:

I just remembered there is a way to save your outfit details in the Outfits menu in the viewer. I made a quick video to show. 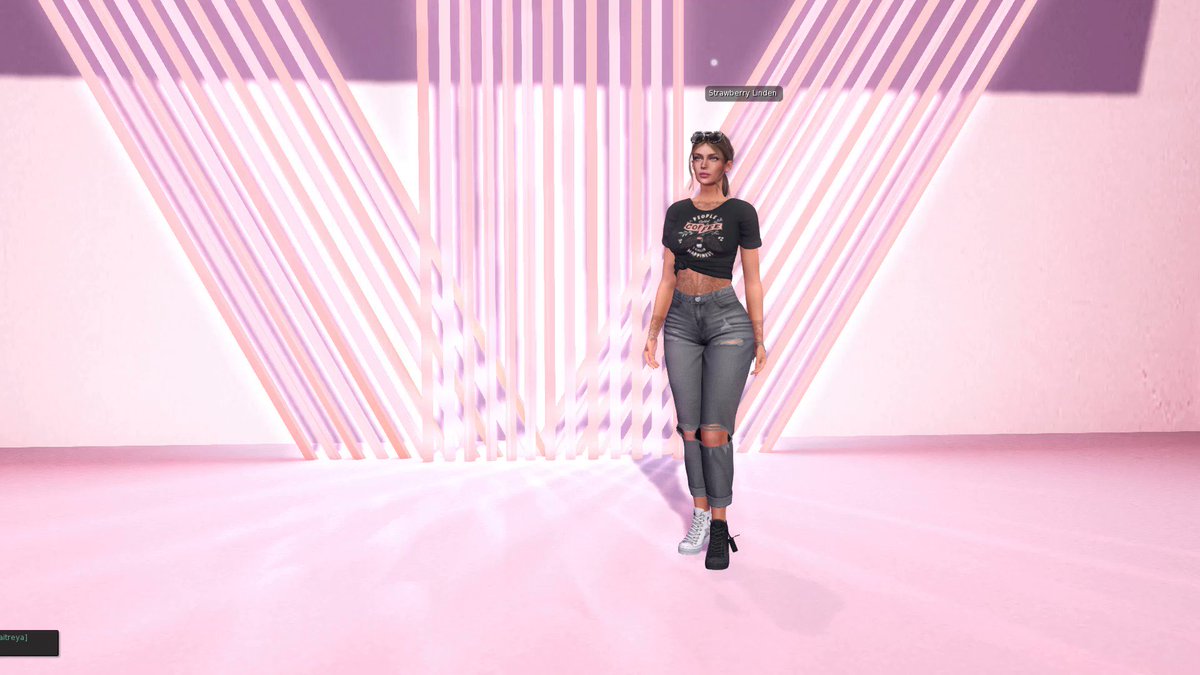