We at Linden Lab are dedicated to creating the future of virtual experiences via both our pioneering virtual world Second Life and new virtual multiverse Sansar. We also recently launched Tilia, which powers our virtual worlds’ commerce.

As a company, we do things that no one else does and we aren’t afraid to take on complex challenges that drive innovation and improvements on both our established and emerging virtual world platforms. That’s why we’re excited and proud to share with you the latest news about what we’re up to for both Second Life and Sansar.

Today Sansar introduces new features including improved avatar editing, experience points and titles, and new core worlds. We also have first-of-their-kind partnerships with several established music and entertainment companies. Now with a rich backstory and new quests, Sansar has come a long way since it debuted in beta in 2017 and is worth a second look! 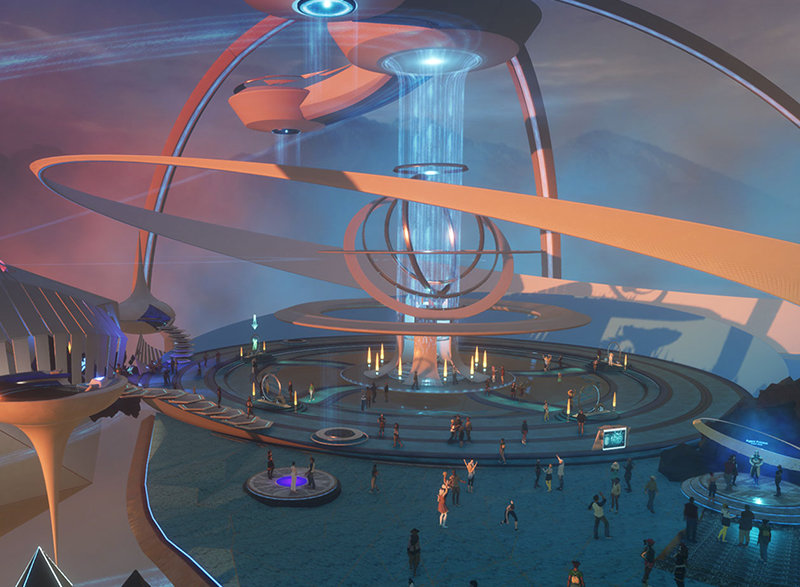 As for Second Life, we continue to work hard on making substantial improvements and new additions to ensure that it stays fresh and relevant for many years to come. Here’s an update on what we’re working on:

New Features & Enhancements
Over the past year, we’ve shared our plans to add multiple new features and enhancements to Second Life. Our engineering and product operations teams are continuing to do the heavy work on making these and other improvements available as fast as possible.

Animesh
We’ve already delivered Animesh, which allows independent objects to use rigged mesh and animations. We’ve been having so much fun watching residents’ creations come to life! So far, the creator community has developed over 1,300 animated objects on the Marketplace.

Bakes on Mesh
Just last month, we released the official Bakes on Mesh-enabled Viewer, the last piece of the Bakes on Mesh project. To learn more about this cool new capability, watch the video below!

Learn more about Bakes on Mesh in this community-created “How To” video from Novata.

EEP
We’re also getting the Environmental Enhancement Project (EEP) Viewer into shape to promote to our default official Viewer. EEP is a series of new customizations in the environment rendering system that will allow for the creation and sharing of advanced environment settings, including up to four different sky layers which can be set independently.

EEP We’re also getting the Environmental Enhancement Project (EEP) Viewer into shape to promote to our default official Viewer. EEP is a series of new customizations in the environment rendering system that will allow for the creation and sharing of advanced environment settings, including up to four different sky layers which can be set independently.

Migration to the Cloud
We have been hard at work moving the services that bring you Second Life from our existing data center to cloud hosting. Our goal is to make almost all of it seem invisible to you; in general we won’t announce that a service has been moved until it’s been working in the cloud for a while. Some things already qualify, though: Your inventory data has been in the cloud for quite some time, and the maps website moved a little while ago. We have several more things that your viewer uses that are being tested internally now, so expect more updates in the next couple of months. We are very excited about the new product possibilities that cloud hosting will enable.

More to come!
There’s more in the works, too! Stay tuned for updates on when to expect the return of Last Names, availability of a new mobile app beta, changes to Premium options, improvements to Events, Search, the Destination Guide, and much more. 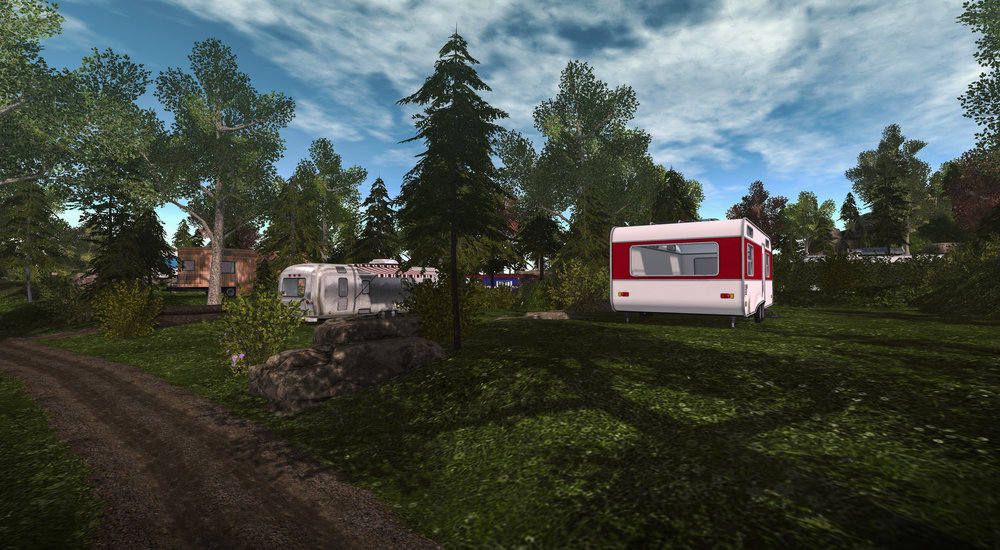 We continue to innovate and expand upon our Linden Homes offerings. Recently we debuted (and quickly sold out of) new Traditional and Houseboat styles…we’ve been making more to accommodate the incredible interest these generated, and now we’ve introduced the newest theme: CAMPERS!

Clustered in central Bellisseria, the new Camper regions offer a secluded, rural environment, with more nature and parcel privacy than the previous themed locations. We’ve already seen amazing creativity in decorating and customizing these campers from our Residents.

Like all Linden Homes, these are first-come, first-served, so keep checking for availability and act fast to claim yours if you see any available! 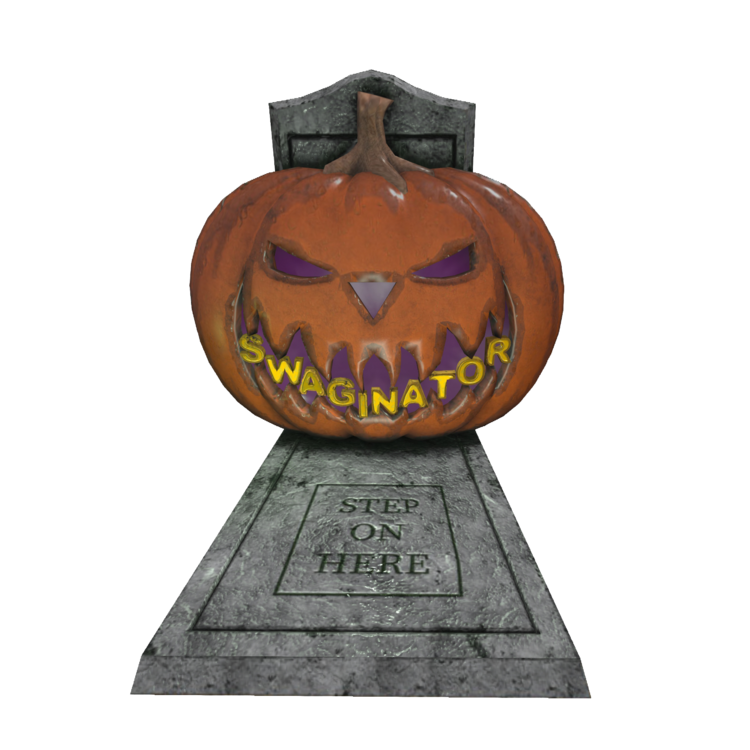 Halloween & Community Events
One of the most popular holidays in the Second Life community is Halloween – and this year we’ve got a bunch of tricks and treats that are sure to delight (or is it fright?) Second Lifers. Residents can expect a mix of new events, freebies and other spooky surprises throughout October – including a special haunted edition of the Swaginator!

New Video Programming & Ad Campaigns
Eagle-eyed Residents may have noticed a flurry of activity on our official YouTube channel and other social networks, which are now filled with dozens of new community-focused videos aimed at better showcasing the diversity and creativity of the Second Life community. More than  30 episodes of our weekly “Second Life Destinations” series have already debuted this year with many more to come!

There’s also our ongoing “Made in Second Life” series, which goes deeper to discover the people behind the avatars including explorations on themes as varied as romance, gaming and education. Many episodes of “Made in Second Life” and “Second Life Destinations” are also trimmed down into 15- or 30-second ads.

In addition, we’ve started the first of several new initiatives that involve live streaming programming about Second Life. First up is the recently announced bi-weekly talk show “Lab Gab.” (Don’t miss the next episode on Wed. at 3 p.m. SLT/Pacific). 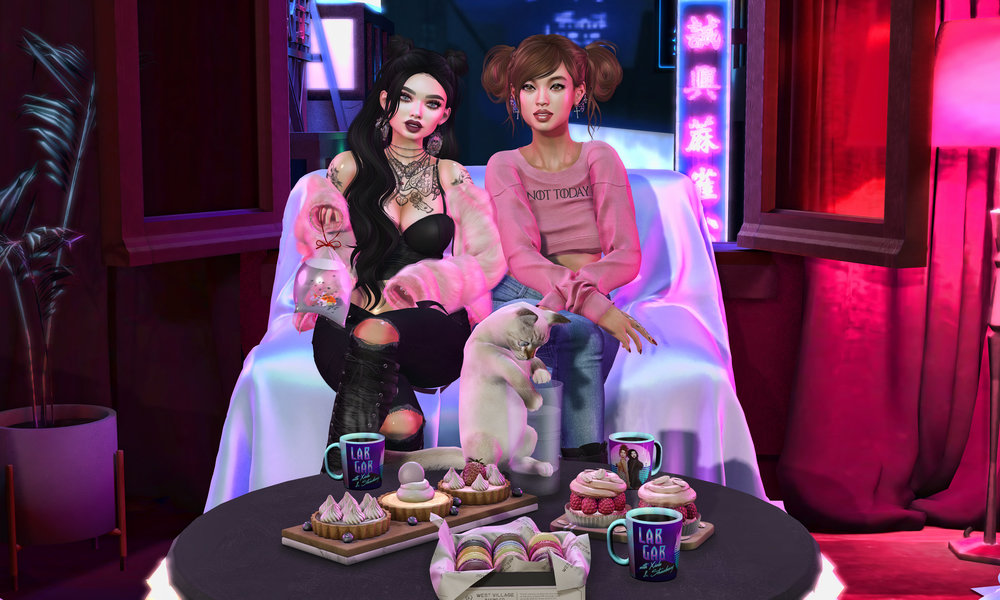 Finally, we’ve already started production on a new round of video tutorials aimed at new, intermediate and advanced Second Life Residents. Our own Strawberry Linden serves as your guide to topics such as “Getting Started,” “Shopping & Buying Linden Dollars,” and “Customizing your Avatar Shape.” Each video is also translated into multiple languages, too. Check out this playful clip to see if you can identify each language:

We are so proud of how far we’ve come and we’re excited for the road ahead. As always, we appreciate all the amazing creativity found in both the Second Life and Sansar communities. Thank you for joining us on the journey!

Have A Great Week From All Of Us At ZI