Microsoft is not noted for shaking up the tech industry, except when it’s not supposed to (think of the disastrous Fall 2018 Update). The company whose Windows operating system powers the vast majority of the world’s PCs is about as “disruptive” as a public utility… something it aspires to be, after a fashion. But in recent weeks hints of Microsoft’s future plans have cropped up, and they could cause disruptions of the status quo. Here’s what you need to know…

How Will Microsoft be Changing in 2019?

Microsoft definitely shook up lots of people in 2018, but the biggest news was the fallout from the buggy Windows 10 October Update that left some users with the dreaded “blue screen of death” and others experiencing deleted documents. Microsoft had to take the unprecedented step of pulling the update from their servers until they could fix the problems. On November 13, 2018, Microsoft re-released the Windows 10 update (also referred to as Version 1809) and as far as I can tell, it’s still slowly rolling out.

So we’re hoping for better things (and improved quality control) in 2019. First, Microsoft CEO Satya Nadella confirmed during a January media event that a consumer version of the “Microsoft 365” Software-as-a-Service (SaaS) subscription is coming in 2019. The business edition, available since mid-2017, includes licenses and maintenance of Windows 10, Office 365, and Enterprise Mobility+Security. The consumer version will likely look similar in terms of what you can do with it, although it may include non-work things such as gaming-related services; after all, “Microsoft 365″ should include everything Microsoft offers.

Before I go on, let’s clear up 365 possible points of confusion. Microsoft has a long history of confusing and constantly morphing product names. The email program “Microsoft Internet Mail” was bundled with Windows 95, and was renamed as “Outlook Express,” which turned into “Windows Mail,” which turned into “Windows Live Mail.” Meanwhile, Hotmail became Outlook.com. But there’s still a thing called “Outlook” which is not the same as “Outlook Express” or “Outlook.com”. And that’s just one example. Microsoft’s antivirus nomenclature has been equally confusing over the years. 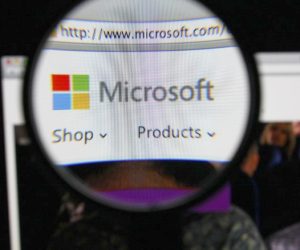 So when Microsoft announces that they’re working on a consumer version of “Microsoft 365″ what they really mean is that they’re going to add a bundle of goodies to “Office 365″ and try to convince customers who are already paying $100 a year, to pay another $50 or so. The new, improved Office 365 may include a free upgrade from Windows 10 Home to Windows 10 Pro, some extra security features, and upgraded messaging tools. It may even get a new name, we’ll see.

Today, most consumers get Windows 10 and other Microsoft software by buying new hardware. Tomorrow, you may buy a Microsoft 365 subscription that includes financing for the hardware on which the SaaS runs. Microsoft dipped a toe into this business model in 2018 with its “Surface All Access” and “Xbox All Access” programs. Surface All Access, for instance, lets shoppers choose a Surface tablet or laptop, accessories, and an Office 365 subscription. The monthly cost ranges between $24.99 with a Surface Go tablet and $54.96 with the flagship Surface Pro 2 laptop. There’s no interest charged if you make monthly payments on time.

There are two catches to this program. First, you can get it only at a physical Microsoft Store, of which there are only 116 in the whole world. (Perhaps they should partner with Starbucks, which seems to have 116 stores in every city.) Second, you have to apply for a Dell Preferred Account, offered by Dell Financial Services. I guess Microsoft is not ready to get into the consumer financing business yet, but contracted with Dell for credit services during this “All Access” experiment.

There’s no reason “All Access” must be limited to Microsoft hardware. One day, you might visit a Microsoft Store and bring home a Dell, HP, or other computer brand. You might even get an Android phone, but I doubt any iPhones will be available. You could even build your own machine and bring it to life with a tailored “All Access” subscription purchased online. Whatever hardware you get, Microsoft will be there too. 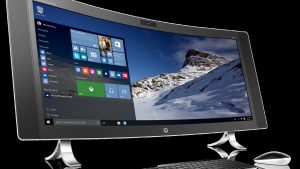 That’s just the way Microsoft would like things to be, so you may be forced to turn and face the strange new world of software-as-a-service and hardware bundles. Windows’ share of the desktop computer market peaked years ago and now stands just over 81%. (Apple is second with 13.5% of the desktop market.) Whether this “All Access” model can reverse that decline remains to be seen. But Microsoft is definitely moving away from the concept of buying software, to a subscription model.

I started this piece with a dig at Microsoft’s quality control failures in 2018. The Windows operating system and Microsoft Office have traditionally been black box, or proprietary software. That means users can run the software, but the public is not allowed to see the underlying code. That’s understandable from the perspective of protecting trade secrets and market share, but it seems that the size and complexity of these systems has outpaced Microsoft’s ability to ensure that a well-tested, quality product is delivered.

By contrast, Linux, Libre Office, and other popular software is developed with an “open source” philosophy. The source code is developed by skilled collaborators, and is available for anyone who wants to see it. This approach allows independent programmers and security researchers to examine the code and find problems faster than the proprietary model. I mention this here, because rumors are flying that Microsoft will be using open source components to improve security in Windows Core OS, which is the platform on which future versions of Windows will be built. So that’s a hopeful sign.

Keeping an eye on this more to come. Have a great week from all of us on the Zi Staff