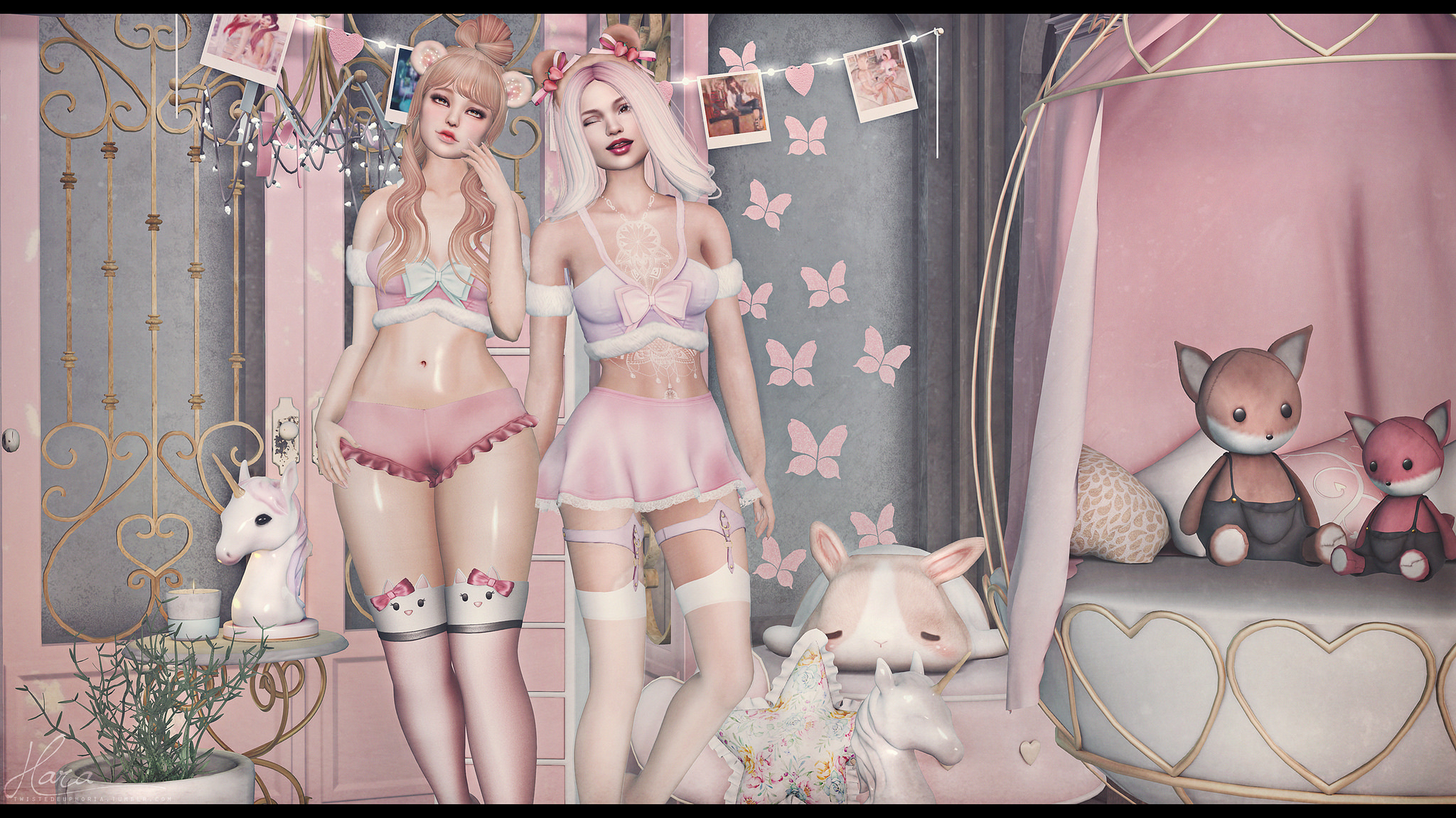 Shopping can be difficult on Second Life. While some stores gather on the same sim to create a ‘mall’ of sorts, its still far from a real world shopping experience where you can visit all of your favorite stores in one place. On SL, you have to know what you’re looking for. This can be exhausting, especially for people who don’t have the time.

To solve this problem, Subscription Boxes that mimic the real life trend have made their way to the virtual grid. For a flat fee, every month or so (depending on the box) you will receive an entire package of goods to check off your shopping list all at once. Everything from frills and bows to home decorations are covered in the list below. And to make it better, many of the items are exclusive and made by top designers across the grid.

Deco(c)rate consists of 15 home and garden items in a new theme each month. Everything from buildings, furniture, decorations and landscaping have been known to make their way into the box. These items are semi-exclusive, meaning after a month the item can be sold in the designers store – but you’ll still be among the first to have it! This box is released on the 8th of the month and costs $1500L before the 8th, or $3000L after its released.

BishBox consists of 15 clothing and accessory items for the “wild and crazy grrrls of Second Life”, as their website explains. This box is released on the 20th of each month, and costs $1500L before the 20th, or $3000L to purchase after the box is released.

Luxe Box is the box for chic, glamorous girls. You can find anything from clothing, shoes, hair, and even some decor. For $1500L preorder you will get 12 items from top designers across the grid. You can also purchase the box after the release for $3000L.

Cutie Loot is a new Kawaii themed subscription box. While only one box has been released so far, it received rave reviews from the adorably cute collection of clothing, hair, and accessories in the Kawaii fashion. This box is released on the 8th of each month and is $1500L to preorder, $3000 after release.

Makeup is no exception to the subscription box trend. This box, or boxes, consist of 12 appliers for the Catwa or Lelutka mesh heads. Catwas packs are released on the 17th of the month, and Lelutka on the 1st. This box costs $1500L to preorder or $3000 after release.

The Treasure Chest is dedicated to the Role Players of Second Life. You’ll find a collection of 12 fantasy items from clothing to accessories, decor and more. The box is $1500L and releases on the 15th. You can purchase it for $3000 after release.

This box has yet to be released, but as their description states it is a  “box packed full of nothing but homes, skyboxes & other builds from 10 great creators”. It will be $2000L for preorder or $3000L after release. Pre-orders for the first box open on April 15th, 2017.