Several readers have brought to my attention a suspicious security suite named Total Av. One of them was fairly certain that it’s a scam, and shared evidence to back his opinion. My own research also leads me to believe Total Av should be avoided, along with a few of its sister products, AND a bogus antivirus review site that I discovered. Read on to understand why…

A Whole Lotta Scammin’ Goin’ On

Total AV is touted as number one by the “review” site Top10BestAntivirus.com, which I now believe is a bogus enterprise that exists only to steer traffic to sketchy sites in return for money. There are many such “best this” and “top 10 that” sites out there, and I don’t trust any of them.

One reader says he installed Total AV atop Windows 7 running in a virtual machine. That means he created a pristine copy of Win 7 and the “virtual computer” on which it ran, eliminating almost any chance of malware being slipped onto his physical machine at any point between OEM and consumer. He ran scans using the free versions of five brand-name anti-malware suites and found nothing amiss: no viruses, Trojans, rootkits, spyware, etc.

But Total AV found lots of malware, and threw up scary alerts urging him to pay $49 for “total protection.” Hmmm…

I installed Total AV on a test PC running Win 7, and created an account on TotalAV site. The first alarm bell that went off in my head was triggered by the password creation process. This security suite has no password rules! I chose a weak password – short, all alphabetic characters, all lower-case – and TotalAV.com accepted it without question. 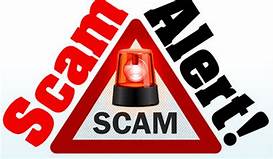 Curious, I did a who-is search to see the domain registration record of TotalAV.com. I expected to be frustrated by one of those domain registration proxies that hide the true people behind a domain. This is a basic security measure implemented by nearly everyone who registers a domain, to prevent spamming of system administrators, tech support and billing staff. But TotalAV doesn’t use a registration proxy! Its contact for all functions is in plain sight, complete with a person’s name, street address, phone number, and email address. It’s possible those details are bogus as well.

In TotalAV’s end-user license agreement, I learned that it is a product of UK-based SS Protect, Ltd. Sister products mentioned include ScanGuard and PC Protect. That was enough to make up my mind about TotalAV.

as recently as January 1, 2018. Readers who paid $49.99 for “total protection” soon found ScanGuard asking for $149.99 for “enhanced protection.” ScanGuard is definitely a scam. 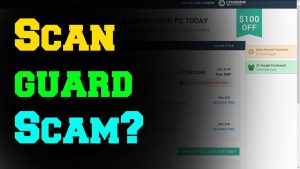 Guess what? So is PC Protect, and so is TotalAV. Even their user interfaces look much alike, and their “workflows” are identical. Make it easy (too easy) to install and run the program. Run a bogus busy-work “scan” for malware, viruses, system vulnerabilities, junk files, sub-optimal Windows settings, and so on. Tell the victim a scary story about threats that don’t exist. See if he’ll cough up a little money, then lean hard on him for more.

Also telling is the fact that Top10BestAntivirus.com lists TotalAV, PC Protect, and ScanGuard as #1, #2 and #4 on it’s page of The Top 10 Best Antivirus Software 2018. That tells me one of two things for sure. Either this site is run by SS Protect as a dishonest plug for their own products, or they are being paid by SS Protect to promote those three obviously scammy products.

PCMag’s reviewer, Neil J. Rubenking, did not concern himself with the legitimacy of TotalAV at all, giving it a 3-star rating. He just tested the program as if it came from Microsoft, Apple, or some other presumably impeccable source. He did much more exhaustive testing on TotalAV than I care to do on an obvious scam. His summary of TotalAV is telling:

“TotalAV came on the scene less than a year ago (in late 2016)… none of the independent antivirus labs have put it to the test, and in some of my own hands-on tests, it scored poorly. Without the inclusion of the VPN, I wouldn’t have been able to give it a three-star rating.”

So would he have given it two stars, or one? If TotalAV has not been tested by independent labs such as AV-TEST and AV-Comparatives, it’s because SS Protect Ltd. has not submitted its software to the labs for testing. Any competent software reviewer should know that.

I’m going to go with “no stars.” My advice is to stay away from Top10BestAntivirus.com, TotalAV, PC Protect, and ScanGuard. And if you should find the name “SS Protect, Limited” in any program’s policies, run for your digital life!

Thanks to Bob Rankin for this heads up!

Have a great week from the ZI staff