Starting March 1, 2018, programs that attempt to coerce users into paying for dubious protection or PC performance “optimization” will be removed automatically by Microsoft Windows Defender Antivirus and other Microsoft security products. I can think of several rogues that will be hopefully out of business soon. Here’s what you need to know…

Bringing Down the Hammer on Scammers 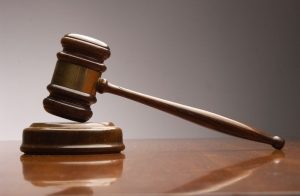 Microsoft has announced they are taking aim against programs like TotalAV, ScanGuard, PC Protect, and other “free security/performance checkup” scams.. Hallelujah! These programs are legion on the Internet, and like the three named above, many are often owned by the same devious company.

They dominate the top spots in search results by paying the most to place their ads there. (I wish Google would do more to police this.) Every day, thousands of people who are trying to find free help for real PC problems instead get sucked into vortexes of FUD – “Fear, Uncertainty, and Doubt” – and jerked around in expensive circles by con artists who follow a time-tested formula: