Happy Friday, everyone! I don’t know about you, but I am really looking forward to the weekend. I hope everyone has had a wonderful and productive week and a very relaxing and enjoyable weekend ahead!

In the fourth and final installment in the Meet Your ZI Staff, I am very pleased to introduce to you last, but certainly not least, Galadea Resident, JasonX Baxton, and me!

Galadea is one of our “younger” staff members, as she has been in Sl a little over two years. She came to SL because of a RL friend, which seems to be a common theme.  It really helps to get a jump start on SL when you have a friend to show you the ropes! Galadea has been with ZI  since May of 2013, and is one of our hard-working EMs.

Despite having been in SL for a relatively short time, Galadea has worked several very interesting and varied jobs. She lists the following as former employment: Hostess, host manager, dancer, dj, dj manager, club manager, owner of a wedding venue, owner of a club, and Estate Manger for Resident Estates.

In her free time in SL, she states that she loves to help others, hang out with friends, and go dancing. She listens to music while she works.

In RL, Galadea has been married for 17 years, and has two children – a daughter age 16, and a son age 11. Galadea has many interests and activities outside SL, and include fishing, playing pool, bowling, hiking, camping, cooking out. 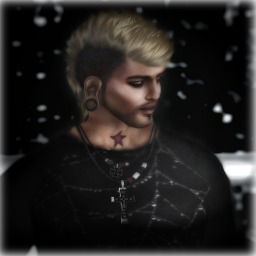 Jason is another SL veteran, as he has been in SL just shy of seven years. When asked what drew him to SL, he said, “I had a couple of friends that have told me a little bit about it. At first I didn’t like it, but then I came back and discovered lots of wonderful people all around the globe.”

Jason was an EM with Bonaire Estates before the buyout, and ZI was fortunate enough to pick him up as EM. He said he started as sales agent with Bonaire, but then moved to EM duties. He said he loves being a EM because he really enjoys people, and working with them to get their problem resolved.

Jason has worked other jobs in SL, including being a dj. After awhile, he took over the club from the owner, and ended up operating a couple of different clubs as a a general manager from 2008 until 2010. After that, he decided to go into real estate, because that gave him the opportunity to meet people from other cultures.

In his spare time in SL, he likes to hang out at his Pub that he owns in SL. He also enjoys landscaping and hanging out with his close friends.

In RL, Jason is not married and has no children (at least none that he knows of, he says with a grin.) He enjoys fixing and building computers, and tinkering with  electronics. 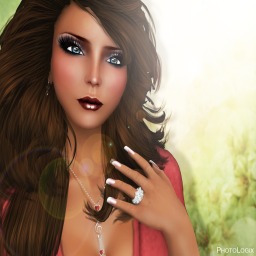 And that leaves me! I have been in SL a long time. My original rez date under another avie was February of 2007, but I’ve been in SL as Suzanne since November of 2008. I first came into SL because I saw a segment about SL on the news, and I had to try it out! I rezzed in, looked around, had no idea what I was doing or what it was about. No one would talk to me. I bumbled about for a few days, then gave up. I tried again a few days later, but still didn’t get it. I didn’t log in again for several months. One evening, in early 2008, when I was really bored, I thought I’d try it again. I finally started getting some help and became a solid citizen of SL. In August of 2008, I attracted a stalker, and in order to get away, I killed off my original avie and reinvented myself as Suzanne, and I’ve been here ever since! I met my amazing SL hubby, Fritz Fromund, when I first rezzed in under my original avie back in 2007. He was one of the very few people I kept as friends when I became Suzanne in 2008. We kept in touch sporadically. Then, in May of 2010, we found we were both single at the same time. We got together for a date, and the rest is history! We married in SL in September of 2010, and we have been very happy ever since.

I have been with ZI about two weeks now. I was hired as the Social Media Manager, a job they haven’t had before, so I am dedicated to making it work and creating good marketing exposure on social media. Prior to ZI, I had been with Bonaire Estates for about six months as their Events Manager.  My job with Bonaire was my first responsible job in SL. Prior to that, I’d worked as a dancer in a club, was promoted to lead dancer and eventually tired of the drama among the dancers. I didn’t work at all for a time, then decided to attend modeling school at the Miss Virtual World Modeling Academy, and graduated from there. Modeling had too much drama, too. Then in September of 2012 I started a wedding officiating and planning business. That grew into a brisk business, and I have performed over 60 weddings in SL since that time! When I was with Bonaire, I took very few wedding clients because my job was so busy. I am excited that my job at ZI allows me enough flexibility so that I can start doing weddings again!

In my spare time in SL, I love decorating our home, shopping, going dancing, listening to live music, and hanging out with the wonderful friends I’ve made from around the world. I live in California in RL, and I have friends in Germany, Australia, Canada, and all over the US. What a wonderful experience this is. My husband Fritz says my hobby is house swapping, because I constantly get bored with the house we’re in, want to go shop for a new one and decorate it! We are very excited to finally have an entire homestead sim to ourselves here on ZI, and we are in the process of making it into our own coastal beach retreat.

In RL, I’m divorced and happily single. I am 55 years old and I have two grown sons, ages 31 and 26. I do not have any grandchildren yet. I live in California, and I work as an HR Director for a nonprofit agency. I love my job (most of the time) but nonprofits are notoriously cash- strapped, so I do the work of two, but it keeps me out of trouble! In my spare time, I enjoy reading, watching movies (in home and in the theater), listening to music, writing, doing counted-cross stitch, and hanging out with friends. I also love to travel, especially on the back of a motorcycle. My favorite place in the world to be is on the beach at the ocean.

This ends the series on our awesome ZoHa Island staff. Please feel free to IM me in world or comment here if you have anything you’d like me to blog about, or any ideas for promotions. I am so excited about my ZI job! I enjoy seeing some familiar faces from Bonaire, and I look forward to meeting and getting to know each of the ZI staff and residents, as well. Everyone has been very welcoming.

Thank you, and I always remain respectfully yours,