Happy Hump Day, everyone! Since we all know what day it is, and there isn’t any camel around, let me introduce you to four more of our amazing ZI staff.  Today I bring you Deelish Wishbringer, Midnight Reign, Issabella40 Resident, and MissPatrisha Resident

Dee is a long-time SL veteran, having been in world for a little over nine years. She is truly one of those who has seen some significant changes to SL since those beginning days. She came into SL, like many people, because friends invited her to join them here. They used to play another online game together, and made the transition to SL.

Dee has been with ZI around nine months or so. In her job as business district manager, she takes care of creating ads for business owners that go into the ad boards and on the website, greets newcomers to the business district, and give free biz consults if they would like advice. Dee says, “I also hold expos in the BD office when i can get enough people to participate. ”

Dee says that she hasn’t held any other jobs in SL prior to her employment at ZI. She keeps busy with her own clothing, furniture, and prefab business, among other things.

Dee’s favorite things to do in SL involve hanging with her SL family. Dee says, “We go to The Broken Spoke Biker Bar a lot, and go to live performances, etc.”

In RL, Dee has been married for 20 years. She and her husband have one child,  two dogs, two cats and three chickens. In her spare time, she makes jewelry and hair accessories (and sometimes refurbished fashion items, clothing, hats, etc.) and sell them on her etsy store and website.

Midnight originally rezzed into SL in August of 2007, but has been in SL under this avie since November of 2010. He first came into SL because a very good friend told him about SL, and he never looked back. He says, “I’ve met great friends from across the globe, some have been long term.”

Midnight came to us from Bonaire Estates. He had worked there about a week before the sale, and currently works at ZI as a sales agent.

Prior to that, Midnight hasn’t had an SL job before. He says, “This is my first real job, and I love it.” He and his wife have owned and operated stores, but only has worked for himself up until recently. He is excited that his store is back under construction, and plans on opening it with his RL wife very soon.

When asked what he likes to do in SL in his free time, he says, “I like to see concerts, and play Greedy, and talk to old friends, and make new friends. I have a ranch with lots of different  animals, such as horses, dogs, and now wild cats.”

In RL,  Midnight’s favorite saying describes him: “I am as county as your gun wrapped in camo.” He is an Army veteran, and was in the infantry. He broke his hip right before Airborne school, and was Honorably discharged for medical reasons. After leaving the Army, he was a tattoo artist until the discomfort from sitting grew to be too much. Today, he still does body piercings. Midnight says, “I am happily married with two kids and five grandchildren. My youngest daughter graduates this year. I love the outdoors, hunting, fishing, and  camping, off road driving is a blast, and bonfires on a cool night.” 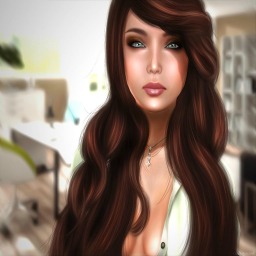 Issy has been in SL under various avies for six years. She came to SL because she heard about it on a TV program, and decided to come in and check it out. She has been here ever since!

Issy has been an EM with Zoha Islands about two months. Prior to that, she worked various jobs, but for the past year and a half she has been involved in real estate doing land sales which she loves, and gaining her EM skills. In the past, she has worked for  NewFoundland Estates,  Bonaire, and now ZI.

Well when she is not working, her favorite SL activities include hanging out with friends and talking.  Issy says, “And just like most women in SL, I love to shop!”

In RL, Issy has been married for 17 years. She enjoys scrapbooking, and of course, SL! 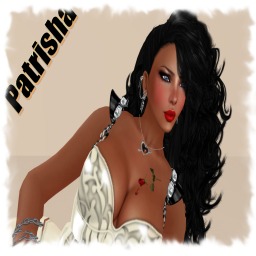 Patrisha has been in SL for seven years, also a long-time SL’er. Like many of us, a friend showed her the game and she was hooked.

Patrisha has been with ZI for a little over two years. She started as a sales agent, and then worked her way up to Estate Manager. She has held other jobs in SL, such as being a host for a few clubs, and managed a horse ranch.

In her spare time in SL, Patrisha likes to breed wild cats.

When asked about her RL, Patrisha shared, “I am 55 yrs young and divorced. All my kids have left home leaving me bored. Finding Second Life, and especially ZoHa Islands, was a blessing, as it gave me a job and a social life. I am a jack of all trades but a master of none, meaning I like to try new things.”

That’s it for this installment. Until next time, I remain respectfully yours,