VR for Second Life™? Hamlet just wrote about SL and VR. See Is Second Life Too Technically Limited To Create A VR Version For It?

One of the people that came to SL from Myst Online, Adeon Writer, is quoted and has opined in the article’s comments about what is technically possible.

Like most things, anything is possible. But that doesn’t say anything about whether it is likely or reasonable. Both likely and reasonable are generally matters of opinion and the answers are a matter of who you ask. And in matters of opinion, there is generally no final or definitive answer. So, it is a matter of understanding another viewpoint and reasons for their opinion. 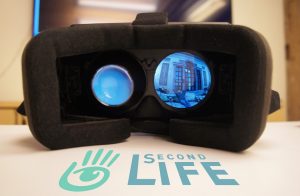 So, will we have VR or can we have VR? The will and can questions have very different answers… probably. We know we can have VR because it has already been done. So, that answer is out of the realm of opinion. The Lab made a VR viewer for SL years back. Two more VR viewers have been made since then. One shortly after the Lab discontinued their VR viewer. Another just recently. So, can? Yes. As a fact, it has been done.

The will question is more complicated. To some extent, it depends on how one defines VR and where one sets the standards. While the ‘standards’ are a more objective measure human factors contribute and often dictate our personal experience and preference. Simulator Sickness is real. Some people can tolerate more and others less. So, we have a ‘how many’ question to factor in. The gaming industry has a set of standards they believe fit the majority, with majority meaning 90%+.

On a top of the line gaming-computer, SL can meet the industry standards… mostly. However, the SL user base is not running on top end gaming machines. Only a small percentage are. So, it is fair to say for the majority of users that SL does NOT meet the industry standards. Consider this a strike against VR for SL. But, with time, that will change. Thus the i9 images.

Then there is a technical challenge, which is the reason Sansar is being developed. And here we get deep into what VR-users are expecting. VR users want or expect a more immersive experience. Head and hand-arm animation of the avatar is expected by some to be a real-time thing of VR. You move your RL hand and everyone that can see your avatar sees its hand move. Your motions are transmitted to others via your avatar in real time. Even in Sansar, this is not 100% what happens. In SL we are nowhere near it. This is a problem inherent in the way SL was built.

Consider the tech. Our avatars move using animations. They have nothing to do with what we the avateers (like puppeteer) are physically doing. The mechanics of the system are simple enough. The viewer tells the server what we are doing, standing, walking, running, etc. It also tells the server which animations to play for that activity. The server tells everyone else what we are doing and what animation to play. It gives us and them the animation from the asset collection. 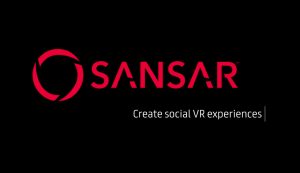 In SL we are not all in sync. When I walk putting my right-foot forward others may see my left-foot moving forward at that same instant or see me mid-stride. Those synchronized line dances… those are a fluke of how the viewer works. The system literally makes no attempt to sync things up in everyone’s viewer. It just hands out animations and says play as fast as it can.

Remember. An animation file contains the instructions for how to move each bone of the avatar. So, we can only move in ways that are ‘on file’ and in a specific file in the asset warehouse. Every movement has to be pre-scripted.

So, VR… virtual REALITY isn’t likely… for most uses we call VR, not just SL. This isn’t something just SL has a problem with. It is an industry problem.

SL may get a simulated VR… we really need a more definitive name for what we see in Sansar and Second Life. We are watching a simulated virtual world via a 3D-rendering-headset we call a VR Headset that in our case, the SL case, has no component of reality. The headset doesn’t make what we are seeing virtual reality, which seems to be how everyone is using the term to hype their products.

Will Second Life get VR? In the literal meaning of the term, NO. Never… at least not until we get quantum-entangled network cards and more bandwidth. Quantum CPU tech for desktops would be nice, while they are at it. More speed and power are needed.

Will Second Life get what I am calling simulated VR? Probably. We are reasonably close now. But not real soon™.

The Lab is moving the server-side of the system to the cloud. That opens the possibility of more computer power at less cost. Desktops are currently looking toward Intel’s top gaming CPU the i9-9900k (3.5GHz which overclocks to 5GHz, with 8 cores and their threading thing making for 16 threads using 14nm tech). This year we will see the 10th generation CPU’s expected to use 10nm tech. So, more power and speed are coming.

For me the question isn’t will, but when?