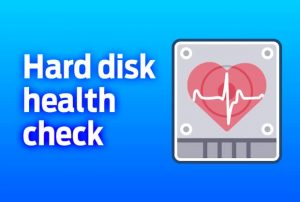 Over time, hard drive makers have learned that there are traits of a hard drive that change as it approaches failure, providing tell-tale signs that a data disaster may be approaching. The industry standard for hard drive “failure anticipation” is called Self-Monitoring And Reporting Technology, or S.M.A.R.T. for short. In this article you’ll learn how it works, how you can take advantage of it, and if it’s a reliable indicator of the condition of your hard drive.

Hard disk failures arise from two general types of factors: 1) sudden, unpredictable catastrophes such as falls onto concrete floors or zaps from cosmic rays, and 2) gradual, relatively steady deterioration of mechanical components until one of them fails. About 60 percent of disk failures are due to the latter, predictable sort of factors; these are what S.M.A.R.T. monitors.

Traditional hard drives employ spinning magnetic platters, and S.M.A.R.T. monitors the rate at which the bearings under them are wearing, for instance. Using that rate, S.M.A.R.T. predicts when a bearing will be worn to a specified degree, called the “threshold value” for bearing wear. When S.M.A.R.T. determines that a bearing is X days from that threshold value, it generates an alert that effectively says, “Captain, she’s about t’blow!”

Dozens of such factors can cause a hard drive failure and are written into the S.M.A.R.T. standard. Every drive manufacturer is free to choose which factors it wants to monitor and what the failure threshold values will be for its drives. S.M.A.R.T. has evolved through three phases. The current phase goes beyond monitoring and reporting to actively attempt to prevent or forestall drive failures. Modern S.M.A.R.T. drives will try to “heal themselves” by reallocating data from disk sectors that are near failing to reserved “spare areas.” They still can’t change their own bearings, though. 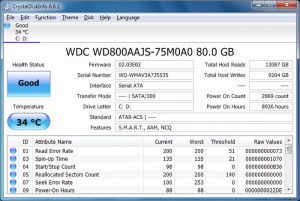 For a quick look at your hard drive’s S.M.A.R.T. status, try the free Speccy utility. In the Hard Drives section of the Speccy results, you’ll see some technical gibberish under the S.M.A.R.T heading. If it says “Status: Good” at the bottom, that’s about all you need to know. The only other info there you might want to check out is the Reallocated Sectors Count. If that’s greater than zero, you may have some defective sectors on your hard drive.

For a more detailed look, you can monitor S.M.A.R.T. factors using software such as Argus Monitor for Windows or Disk Utility for Mac (in the Apple App Store). But before you shell out money for either program, you may want to know just how reliable a predictor of drive failure S.M.A.R.T. really is.

Google spent nine months monitoring over 100,000 drives back in 2007. A paper entitled Failure Trends in a Large Disk Drive Population reported the results. Four “strong” S.M.A.R.T. factors were identified as the best predictors of drive failure; the bad news is that 56 percent of the drives that failed did so without reporting a threshold level in a single one of these factors. So S.M.A.R.T. data alone is of limited value in predicting when a drive is going to fail.

Another issue is that S.M.A.R.T.’s implementation can (and does) vary widely from one manufacturer to another. There are dozens of S.M.A.R.T. factors that can be monitored, but a manufacturer need only implement one in order to legally call its drive “S.M.A.R.T. compatible.” Some removable drives cannot be monitored at all, or only with certain proprietary software such as Argus Monitor.

The bottom line is that S.M.A.R.T. won’t give you warning of impending drive failure with a high degree of reliability. I would not spend much time monitoring S.M.A.R.T. factors, and I definitely would not spend any money to do it. That said, it does predict failure in some cases, and if you do see a S.M.A.R.T warning along the lines of “SMART Failure Predicted on Hard Disk. Failure may be imminent” it should be taken seriously. 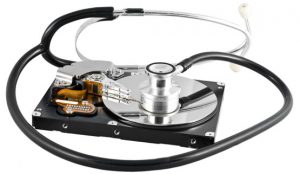 A disk checking utility called CHKDSK comes with Windows, and it’s pretty good at detecting bad files and physically damaged sectors. It will lock damaged sectors so that the computer will not attempt to write to them. To run CHKDSK, first open the “Computer” window. Right-click on the icon for the hard drive you want to check, and select Properties. On the “Tools” tab, click the “Check Now” button under Error-checking.

I’ll also repeat my bottom line advice: Most of the time, hard drive failures happen at unpredictable and inconvenient times. So backing up your data regularly is vital, and is your best defense against loss of data.

HAPPY CHRISTMAS FROM ALL OF US ON THE ZOHA ISLANDS TEAM