Grandma, is it true people in 2019 had to browse the web in 2-D? Mozilla has this time raised web browsing to another level with its virtual reality web browser, Firefox Reality, released for Oculus Quest headsets. Immersion will really grow on users spending time on games and video. Angela Moscaritolo, PCMag, wrote Thursday: “Not thrilled with the Oculus Quest’s built-in web browser? Now there’s an alternative: Mozilla’s Firefox Reality.” 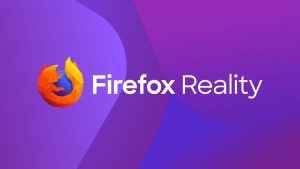 The goal is access to VR experiences such that “Firefox Reality brings the best and freshest content from the web that you know and love to Virtual Reality headsets. Experience a seamless transition from 2-D to 3-D immersive modes.”

Jeremy Horwitz in VentureBeat followed how Firefox Reality developed: the virtual reality/augmented reality Firefox Reality made its presence known as an April 2018 preview to an official release on different platforms to as HTC’s browser of choice for Vive devices.

And now it is on Oculus Quest. 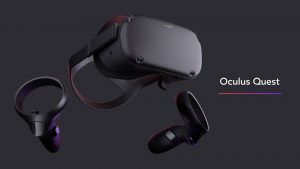 Catherine Ellis in TechRadar made the similar note of time: The VR browser was already available for some headsets, and became the default option for HTC Vive in January,

Shankland talked about Mozilla’s history in exploring VR technologies in its earlier days. He noted it was Mozilla that helped pioneer VR browser technology in work on the initial WebVR standard for creating VR content, “with its WebXR that embraces augmented reality too, and with its A-Frame programming framework that takes care of a lot of the heavy lifting for VR content creators.”

TechRadar: “Despite the growing popularity of consumer VR, proper VR web browsers are still few and far between, and Firefox Reality is one of very few specifically designed for use without a keyboard, mouse and touchscreen.”

Writing in the Mixed Reality Blog, Mozilla’s Janice Von Itter on Thursday said “We are excited to announce that Firefox Reality is now available for the Oculus Quest!” She said Firefox Reality was taking advantage of Oculus Quest’s “boost in performance” and capabilities.

Mozilla’s mindset here is that privacy should not be an optional setting; it should be by default. An added bonus is these protections work in the background and increase browser speed.

Also, according to Variety, the browser blocks auto-playing videos by default.

The first Quest release is available now from the Oculus Store. “Firefox Reality brings the best and freshest content from the web that you know and love to Virtual Reality headsets. Our browser provides an open, accessible and secure way for everyone to explore the web. Experience sharp text, high quality videos, and a seamless transition from 2-D to 3-D immersive modes.”

Mozilla, meanwhile, has even more plans, saying to stay tuned in the coming months as they roll out support for the nearly VR-ready WebXR specification, multi-window browsing, bookmarks sync, additional language support and other new features.

The video tells viewers about 360 video support, voice search (“what would you like to search on the Web?” You can also use your voice to search the web instead of typing), additional languages (Firefox Reality is available in 10 different languages), movie mode, privacy mode, resize mode, bookmarks.